Over the last 10 days God Street Wine’s website sprung to life with a different message each day, including yesterday’s post defining the word “hiatus,” leading the group’s fans to speculate that GSW’s hiatus was about to end. This morning we can announce that the original members of God Street Wine will play three shows at the Gramercy Theatre in New York City on August 16 – 18.

In 2010 the Gramercy hosted the first God Street Wine concert since 2001 and the start of a reunion that included two shows at the Gramercy, two shows at Irving Plaza and a pair of sets aboard Jam Cruise 9. On February 10, 2011 the quintet announced a change in their status to “indefinite hiatus” which left the door open for future performances. A special Wino pre-sale, password “Toonces,” for all three shows will take place this Wednesday, March 14, at 10AM ET through Ticketmaster.com.

Now, for last week’s God Street Wednesday column,  I wrote about Waiting For The Tide, the lasting moment of God Street Wine’s comeback show at the Gramercy that brings a huge smile to my face every time I think about it. Clearly I’m not the only one who can’t forget the exchange of energy between the band and their fans during that version of Waiting For The Tide as the band has focused on this segment in a video announcing the upcoming shows…

Guitarists Lo Faber and Aaron Maxwell have kept the GSW light burning since the hiatus announcement with sporadic shows throughout the NYC area, both unplugged and plugged. We even saw the return of the long-lost God Street pseudonym Jon Bevo’s Love Orchestra in January for a performance featuring the keyboardist, Lo, Aaron, drummer Dave Diamond, bassist Tom Pirozzi and multi-instrumentalist Jason Crosby at Mexicali Blues in Teaneck, New Jersey. But these upcoming shows mark the first time all five original members will share the stage since the Pool Deck set aboard Jam Cruise 9.

Hidden Track: What an exciting time to be a God Street Wine fan. Welcome back!

Tom Osander: Thank you. We’re gonna have a great time this August. I’m really looking forward to getting back in the saddle again.

TO: All of my memories of those shows are fond. We had such a great time preparing for them; the plotting of the gigs, deciding how to let fans know about them, then teasing what was coming. Revisiting and practicing the songs here at home by myself was really enjoyable and then when the band got together in Brooklyn for a couple of days just before the shows we had such a good time. The gigs themselves were really some of the most enjoyable that I can remember. The crowds were amazing and it really, as cliche as it sounds, felt like coming home. As for musical highlights, I recall the out jam of Imogene at Irving Plaza being quite a buzz and of course the Waiting For the Tide audience participation took us all be surprise and was really quite moving.

HT:  What led to the decision to reunite once more?

TO: Since we played the first gig after Paul’s (Ducharme) passing a bit of a fire was lit. Playing music is what we do, it’s what we have done most of our lives and when you do that with the same people for a bunch of years, regardless of the ups and downs you go through, there’s a bond that forms. Ringo had a great quote where he said something like “Nobody knows what it’s like to have been a Beatle.” And he relates it with going to the moon the first time. I’m in no way comparing us to the Beatles but the five members of GSW have something that no one else on the planet does. The things we did, places we went, stuff we said; we share that and it’s very special to us. So why wouldn’t we perhaps want to try it again? Along with all that there are a bunch of songs that are really enjoyable to play and also bring pleasure to a number of people. There also might be a small element, as you get older, of wanting to recapture a bit of your elusive youth. Referring back to your first question, one of the magical things about the reunion in 2010 was the feeling that we were able to step back in time and enjoy some of the good bits again. Who wouldn’t want to do that?

HT: What is it about the Gramercy that you liked so much that you decided to go back?

TO: It’s just the perfect venue for its size. I played the Gramercy for the first time in 2009 when I was on the road with Lisa Hannigan and I remember being impressed with the place on every level. From an audience perspective the sight lines are perfect, the in-house sound and lights are top of the range. For the band, the sound on stage is great and the staff is top notch. They look after you very well there and it’s a in great location too.

We’ve had a few place that we considered our “home venue” through the years; Nightingales, Wetlands, The Fore and Aft, Irving Plaza. I guess the Gramercy is kind of that place now.

HT: Are there plans for more shows in 2012 beyond these three?

TO: We are considering our options right now. I’m mindful of the fact that we had a good few people travel across from the west to see us in 2010. It might be nice to do something for those people out on the other coast this time.

Scotty, I’m sure you’ll be one of the first to know if we come up with any new plans! 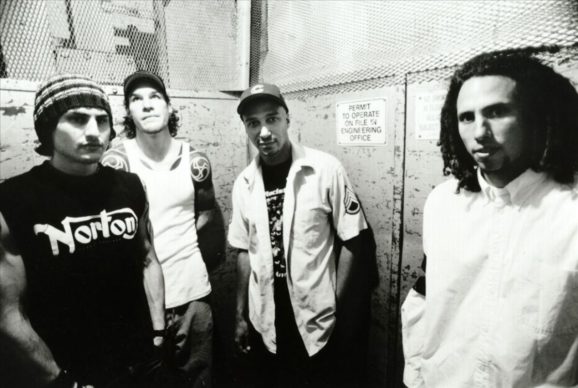 Five Band Reunions We’d Most Like To See In 2015