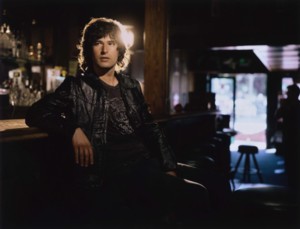 Before most people ever heard of Pete Yorn there was one single drumbeat and one quirky movie, Me, Myself and Irene.  The drumbeat evolved into an opener for the track, “Strange Condition” and as for the drummer…six years later and a full trilogy released, this singer-songwriter continues to hold listeners captive.

Musicforthemorningafter, Yorn’s daybreak debut (Columbia Records) was quick to shine with a collection of reflective, lovelorn songs. Gentle, yet strong – the album featured fourteen dramatically wistful tunes with rock-perfect arrangements – Yorn playing every instrument on the album.  A record that could have easily been forgotten on the heels of what music hounds tagged an “instant classic”– Day I Forgot was the second chapter and it made its mark with imposing lyrics and rock-laden acoustics. Far from forgetting, Yorn spoke of remembering: who he is and where he came from. Hits such as “Come Back Home” and “ Long Way Down” summon up his journey towards musical success.

Now the trilogy comes full circle with Yorn’s latest, Nightcrawler. Despite its title, the album is not overtly dark; but like the night it’s full of soulful sounds and unexpected surprises. Pete branches out to explore the depths of his musical craftsmanship and the result is an eclectic mix – Punk-pop influences with a British twist (“Georgie Boy”, “Policies”) tempered with Americana roots-rock such as “The Man” and “For Us.”

Glide had the opportunity to share some thoughts with Pete while he was enjoying some down time before going on tour with The Dixie Chicks.

It’s apparent that there’s a strong attachment to both family and friends in your music. Born and raised in southern New Jersey, a New York graduate [Syracuse University] how do you find living in L. A.? Do you miss the east coast?

Oh, I love going back to Jersey. My favorite thing about going home is seeing things I haven’t seen in a while. But what I miss most is the food… pizza, subs, even a meatball hero (laughs) …The simple things that I took for granted when I was there all those years, I just can’t get out here.

Yeah, things like that. There are obviously other good things out here too…you get good Mexican, some great weather. I knew after Syracuse…freezing up there for four years… I wanted to go to California – get out of the cold. I was definitely having those winter doldrums where I wouldn’t even leave my apartment for days. I think I would just stay in writing songs…

So Joe Kennedy (electric guitarist, pianist, vox) is from Syracuse, as well?

Yeah, we go way back. I was the drummer in his band up in school.

So now you’ve hooked up with half of the British band, Minibar for Nightcrawler. How did that come about?

They moved out to L.A. a few years back and they made a record with T-Bone Burnett. A friend of mine was like, “you gotta come and see this band” so I went with him and I thought they were great. I actually was seriously considering asking them to come out and tour with me as my band on my last record, Day I Forgot… but I didn’t do it and by the time this album came around we had already been playing together for a while …so it just kind of fell into place.

Apparently you’ve recorded a ton of songs in the last three years. The rumor was you were considering a double album. Did the record label opt-out of that route?

Not so much. At first, they definitely wanted me to just put twelve songs out for one reason or another, but I settled at fourteen. If you go to my website and get on the bulletin board there’s all these bonus tracks everywhere. They weren’t designed by me as songs that I love, but I think the label let me get them out there because then they were able to give me a decent placement, etc. At first I was like, “Yeah, but I don’t want the fans to have to buy the record again just to get a song,” so everybody is just trading songs on my website …and I totally encourage that. 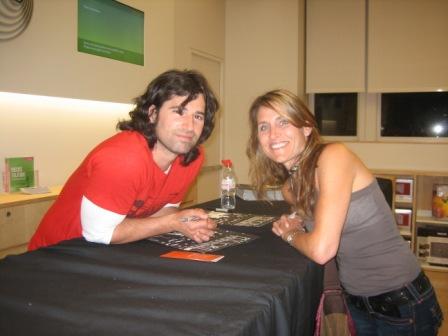 Is that partly how Westerns EP came to be?

Yeah, I had these songs and I wanted to get them out there. I snuck out a double album, but it’s not officially one…it’s a double record worth of music (laughs)

How did you initially get together with the Dixie Chicks?

The first chick I met was Martie Maguire. We were at a Super Bowl party in San Diego maybe three or four years ago. We were introduced through a mutual friend…she was really sweet and she said that both her and Natalie were fans of my music. I ran into her again at a Grammy party in New York and we became friends. The way we really connected was when they asked me to help them write songs for their new record. I ended up with a song on their record called “Baby Hold On” which I’m really happy about.
Should we expect any sit-ins during their set?

We’ll see…I don’t know. I’m gonna give it to them like, “you girls better get on stage with me and help me out.” (laughs)

Is there an adjustment going from intimate venues to joining a large-scale tour?

Yeah, but it’s going to be cool. Of course it’ll be a bit of an adjustment. I’m very curious to see what it’ll be like when we get the first date. Not only that but the first dates are in Australia. I’m definitely looking forward to going there.

And you have some time there. It’s not like you turn around and come right home…

It’s a good three weeks so I’m totally embracing the opportunity. Not only do I get to play for Australian fans who might not have heard my music before, but I get to play for a lot of them. So, I’m excited about it.

You’ve been described as a young Bruce Springsteen. Besides both being singer-songwriters and New Jersey natives, do you see the similarities?

Well, I’m a huge Springsteen fan. Obviously, I haven’t kept that a secret (laughs).   I think we’re different types of songwriters, though. A good analogy would be if you were comparing painters …some are more concrete and others are more abstract. I lean more towards the abstract lyrically. I think musically we might have some stuff in common.

Yeah, and the tone. But lyrically I think more so than less we’re different. He paints these vivid pictures whereas my lyrical style lends itself much more towards suggestion.

You’ve been quoted as saying you took more chances on Nightcrawler… You were more experimental, especially with “Georgie Boy” which has been compared to The Kinks. What kind of feedback are you getting with this song?

It’s a love-it-or-hate-it kind of thing. I think most fans really like it. The people who get it really get it. It’s fun and I love playing that song live because it sounds like nothing I’ve ever heard. 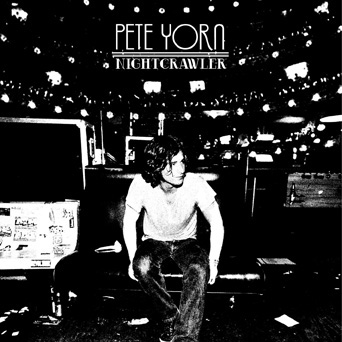 Recently, you performed at CBGB’s in its final days. How did you feel playing at the same place some of your favorite bands could practically call a second home?

It felt great. That was the first time I had ever been there. I saw a lot of familiar faces, a lot of friends, which was really nice. The sound on the stage there is amazing. They only have two giant monitors. Normally, you’d see monitor wedges by the performer’s feet across the front of the stage. But there they just have one giant one hanging from the ceiling on the left and one hanging from the ceiling on the right. You’re just showered in sound. It’s really fun to play that way. The only thing that wasn’t so great was the stairs to the stage had been moved while I was performing so when I went to leave I took a step and the stairs were gone…

So what is your personal favorite from your  Nightcrawler?

I would say my favorite song from this record is “How Do You Go On.”

And who is your favorite band at the moment?

Oh…that’s impossible. Lately, I’ve been really into The Flamin’ Groovies…early stuff like the Teenage Head record.

Yeah, they’re cool…they kind of sound like the early Stones.

They do, but they’re raunchy.  I like that (laughs).

With the trilogy now complete, where do you see yourself going from here?

Anywhere I want, which is nice. I feel a kind of freedom…maybe I’ll hook up with another songwriter and start a band. When I get back (from touring) who knows…but when the time comes to make another record I feel that I’ll have the liberty to do whatever I want to do.

Joanne Cohen-Schenker lives in New York and is a contributing writer for Glide, Blogcritics.com, SanityCentral.com and other publications. Check out some of her other thoughts at jocoschenker.typepad.com. She can be reached at [email protected] 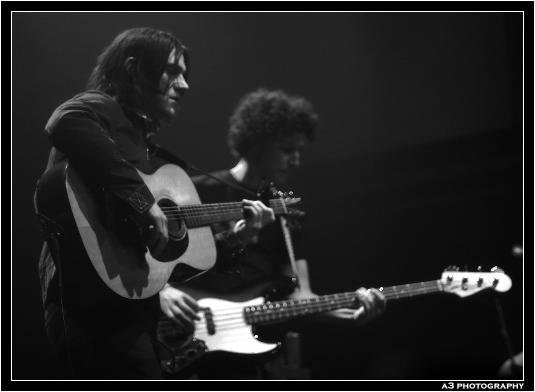 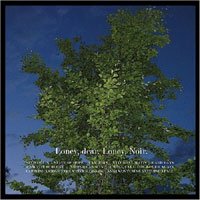