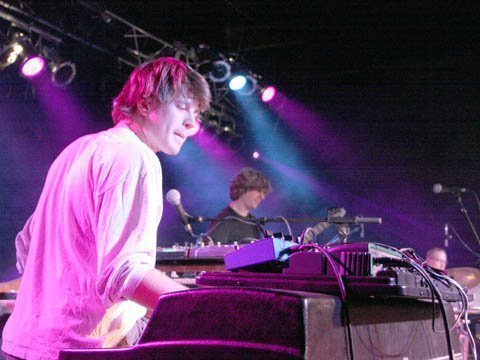 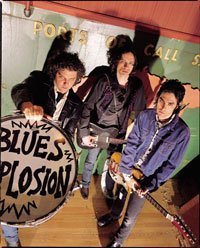 Album Sales Up For First Time In 4 Years

The music industry reversed a four-year decline as album sales rose slightly in 2004 while overall music sales spiked thanks to a huge increase in digital track sales, according to Nielsen SoundScan.

The music industry was buoyed by chart-toppers from acts such as Usher, whose “Confessions” sold 7.9 million copies to rank as the year’s best-selling album. The best seller of 2003, 50 Cent’s “Get Rich or Die Tryin’,” sold 6.5 million copies.

Rock act the Mars Volta will release its sophomore album, “Frances the Mute,” March 1 via Strummer/Universal. Expanding on the progressive epics of the former At The Drive-In members’ 2003 debut, “Deloused in the Comatorium,” the new set features 77 minutes of music spread across five tracks, three of which contain multiple subsections.

First single “The Widow” is an anthemic, mid-tempo rocker accented by an acoustic guitar intro and organ flourishes. “Frances the Mute” was produced by group member Omar Rodriguez and mixed by Rich Costey, who provided the same service on “De-loused in the Comatorium.”

The Mars Volta will begin a five-week international tour Feb. 5-6 at the Sonic Mania festival in Tokyo and Osaka, Japan. The event will also boast sets by Good Charlotte, Velvet Revolver, Marilyn Manson, Kings Of Leon and Sparta, the other band formed by ex-members of At The Drive-In.

Here is the track list for “Frances the Mute”:

Markus Sandlund, a cellist with the Stockholm Strings and Horns who performed on Brian Wilson’s “Smile” album, has been reported missing, according to a statement from Wilson’s publicity firm.

Sandlund was vacationing with his girlfriend, Sofi, at Phuket, Thailand. Sofi was swept away by the flood but was later rescued. She is now back in Sweden. She has not seen Sandlund since the tsunami hit.

Wilson, who described himself as “devastated” by the news, has sent an agent to look for Sandlund. The cellist had not been located as of Tuesday. Sandlund and Sofi had been staying at the Orchid Beach Resort at Khao Lak.

Wilson and his colleagues ask anyone who has any information on the whereabouts of Sandlund to contact Wilson’s Web site, brianwilson.com.