As we entered the 1980s, there weren’t many places for rock bands to play on late-night television. Johnny Carson was more likely to have Paul Anka or Wayne Newton appear than Elvis Costello or Van Halen. But when NBC gave David Letterman the slot following The Tonight Show in 1982, things quickly began to change. Early on, Letterman established himself as a champion of up-and-coming acts. And as Letterman’s show got bigger, his bookings got bigger too.

Through the years, nearly every major act has performed on either Late Night with David Letterman or The Late Show with David Letterman. Many of these performances have been taken off YouTube by the networks (damn you, Viacom!), but at least 20 great clips remain. You’ll notice Paul Shaffer trying to get in on each and everyone of these performances.

Without further ado, read on after the jump for this week’s must-watch (seriously) B List, as we present 20 amazing Letterman appearances…

No matter how badly we want it to, the ridiculous controversy surrounding tired schlock-jock Don Imus just won’t go away. Unemployed Reverends Jesse Jackson and Al Sharpton continue to steer the

The Hidden Track Baseball Preview is coming to a close with two final columns. Today we feature an essay from Joel Cummins of Umphrey’s McGee about the Chicago Cubs. After we gave his band mates Ryan Stasik and Andy Farag a chance to talk about their teams, we thought it only right to get Joel’s thoughts on the Cubs. UM’s keyboard specialist took his assignment seriously, retuning an essay worthy of the Sun-Times sports section. Kudos to Cummins for taking our bait and landing multiple shots at Stasik’s Bucs. Take it away Joel…..

Spending over $300 million dollars in the offseason had to be an enjoyable endeavor for Cubs GM Jim Hendry. After a dismal finish in ’06, a complete overhaul of the club was necessary, and (almost) completed by Opening Day with the exception of a soon-to-be-finished contract extension for perennial All-Star pitcher Carlos Zambrano. Hendry’s job wasn’t just to rise back above the lowly Pittsburgh Pirates, he wants to win the division and get his club into the World Series now.

Starting at the top, new manager and former World Series champion as a player and manager, Lou Piniella brings fire and urgency to the entire club. Given the key additions of superstar Alfonso Soriano, veteran pitchers Ted Lilly and Jason Marquis, second baseman Mark DeRosa, slugger Cliff Floyd and pinch hitting specialist Daryle Ward, Piniella knows that winning will be the only acceptable result in ’07.

The site was down for a few hours this morning, and I’m not sure we’ve finished ironing out the 40-foot cockroach in the system. Stick around, and hopefully soon we’ll return to flagrantly 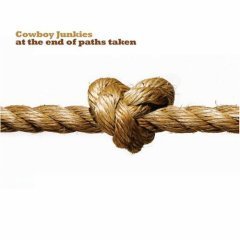 Cowboy Junkies: At the End of Paths Taken

With self-penned originals about human connections, family and sustaining relationships, At the End of Paths Taken is lyrically a classic Cowboy Junkies album.

Gov’t Mule’s first live album, LIVE AT ROSELAND BALLROOM, has been out of print for nearly a decade and is highly sought after by fans and collectors. Evil Teen Records