The Allman Brothers Band kicks off its annual NYC residency tonight, and it’s safe to say the vibe’s a little muddled this year. No, we know: it’s going to be the usual insanity & balls-out excitement once the boyos get humming, the guests start arriving, the guitars start wailing & the roof starts raising.

But as if the move to the United Palace hasn’t jarred longtime Beacon goers enough – and it’s jarred the band, plenty, as Butch Trucks told us recently – last week came the news that the band would cancel the final five shows of the run, dialing the total number of shows back to eight and leaving more than a few ticketholders, some with travel plans already booked, shorthanded.

Be that as it all may, that good ol’ “people can you feel it” Allmans vibe still permeates NYC this month, and as always, there are plenty of shows going on around town that, intentionally or not, latch on to that vibe and draw in a few extra concertgoers they might not otherwise.

Pickins are a little slimmer this year on the post-show and official afterparty front, but here’s a selection of NYC-area goings-on during the United Palace run (March 11-20) that should appeal to Allmans fans looking for a little extra mojo.

Soulive’s 10-night Brooklyn residency, dubbed Bowlive, has been positively raging, and if you were in the house Wednesday night you know that a number of the Brothers showed up to blow it out. There are three more nights starting tonight, with the announced guests, respectively Thursday to Saturday, ?uestlove and Rahzel, Marco Benevento, and DJ Logic, with many more expected. We know the Allmans will bring their A-Game, but if they falter at all at United Palace, their crown for kickass-ing-est NYC March residency goes to Soulive for 2010.

READ ON for eight more shows to fatten your Allmans trip…

What is turning into a banner year for our favorite bands going on tour  continues with today’s announcement of a Pearl Jam Spring Tour. The Seattle-based band will kickoff their

You’ll never run out of amazing shows to download or stream if you keep up with the Live Music Archive. Every day, dozens of incredible recordings from a wide variety

The Allman Brothers Band visited Late Night with Jimmy Fallon on Tuesday. In an unorthodox move for late night TV, Fallon gave the Allmans over six minutes so that they

For this month’s Track By Track, singer/songwriter/guitarist Fred Torphy of San Francisco-based rock band Big Light shares the story behind each tune on the group’s debut album, Animals In Bloom.

Big Light makes their New York City debut on Saturday night at Sullivan Hall.Take a listen to some of the tracks from this album and then read Torphy’s take on each of them…

Recorded from October to December 2009. We had a routine of recording for a week straight or so, then we’d break and do gigs another week. That’s how it kind of played out. So we were constantly listening to rough mixes in the van, hatching ideas. The main goal of the album was to take a core set of road-tested songs and turn them on their heads…

Good Time of the Year
One of our more up-tempo tunes. That’s why it’s the opening track. This was also the 1st song we tracked. It’s a about someone lamenting on a down-on-their luck friend. And the healing powers of going home to your roots. I fucking love the drum solo…

Monster
We wanted this one to be fuzzy. It’s actually one of the oldest songs written on the record. I started it when I still lived in Vermont. At the time I was surrounded by a lot of rich, coke heady, semi-obnoxious, girls who seemed to be full of feeling of entitlement. So Monster is about a fictitious person. She’s a total bitch, addicted to drugs, but somehow always can get into a sold-out show…

While late night tv host Conan O’Brien isn’t allowed on the boob tube for quite some time, the agreement that freed him from his contract with NBC doesn’t say anything

BG: Rescue Blues Fries With That?

Last week, we brought you the news of the Toronto-based sandwich shop that dedicated all its menu items to Wilco songs. Well, now this week, comes the news that the 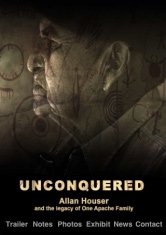 Directed and written by Oklahoma native Bryan Beasley, and narrated by Val Kilmer, the viewer is immediately immersed from the outset in a rich cultural tapestry that describes Allan Houser’s rise to fame and the subsequent success of his two sons as they continue their father’s work to this day.   Allan Houser has some very famous pieces to his name but perhaps the most significant part of his life were the dramatic changes he brought to the concept of Native American art during his tenure at the Santa Fe based Institute of Native American Arts from 1962-1975.