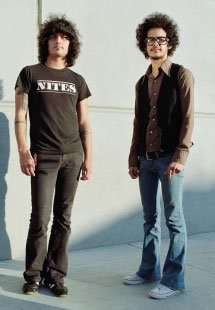 There are few bands that can throw a full-on arena spectacle, charge a days paycheck amount for a ticket and leave their fans begging for more. Count U2, Green Day, Radiohead, The Beastie Boys and The Rolling Stones amongst those heavyweights. The Red Hot Chili Peppers who tour once every three or four years, have the big budget to throw a hockey shed spectacle amongst the best of the pre-mentioned acts. Their show during early stages of the Stadium Arcadium at the Glendale Arena, proved this Southern California four piece have continually expaned their sound from their young cock sock days.