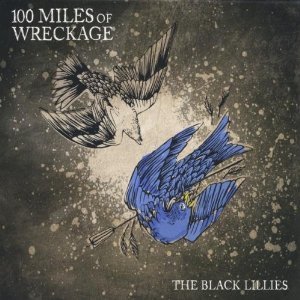 Following the dissolution of both his marriage and his first band, The Black Lillies’ founder Cruz Contreras spent a year on the road as a truck driver for a stone company in East Tennessee. Thus, after playing more than 200 shows in 2012 upon the release of The Lillies’ critically acclaimed debut, Contreras has lived a relentlessly nomadic existence. With its mix of pedal steel guitar, banjo, and crystalline harmonies, the melancholic and modern Appalachia-meets-Americana sound of second LP Runaway Freeway Blues is firmly rooted in the wandering spirit of a restless heart on the run.