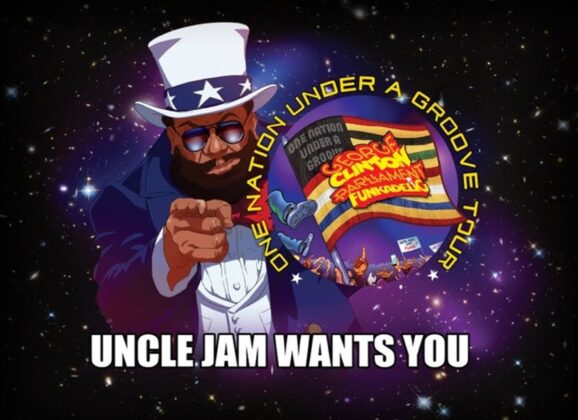 George Clinton & Parliament Funkadelic is back with the One Nation Under a Groove Tour, with iconic front-man George Clinton still at the helm, and this time, he’s bringing his friends. New luminaries of

The Flaming Lips angered Erykah Badu by posting a video without her approval.

Jeremy Smith captured a night of all-star performances in honor of George Clinton. 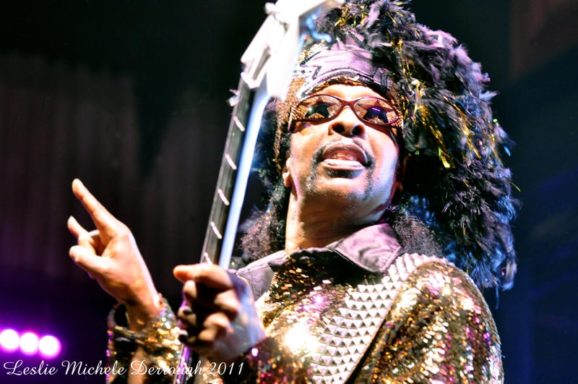 Tonight we’re going to break all the rules”. And with that simple statement the Mothership known as Bootsy Collins & The Funk University landed in Uptown to spread the gospel according to funk on a very ready New Orleans packed-house crowd inside Tipitina’s, a legend among legendary music haunts in the Crescent City. 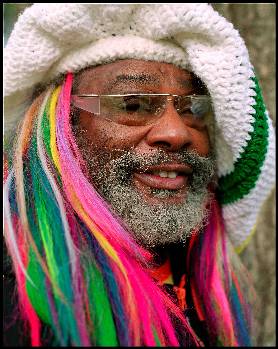 George Clinton and his P-Funk crew have gone through countless changes since their heyday in the 70s and 80s. Along the way, their catalog became the reservoir for rap beats, with Dr. Dre and others liberally sampling their unique grooves. Clinton’s musical and biological family grew, and he now shares the stage with his rapping grandchildren and other young disciples. Key members such as Bootsy Collins parted ways with Clinton and company, and just months ago, the band lost Garry “Diaper Man” Shider.

As we previously reported, the Gorillaz have been celebrating the holidays with an advent calendar on their website, which each day revealing exclusive band-related content. With just ten days to

Video: Funkadelic – I Got A Thing

[youtube]BJk9ZLjsl3U[/youtube] Funkadelic – I Got A Thing 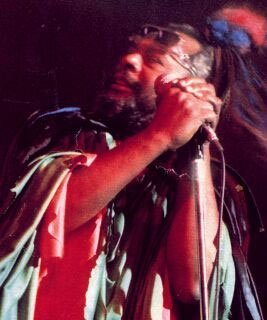 The fact that George Clinton is still touring at sixty-four is reason alone for celebration. But the fact that he and his fellow funkateerz dropped their P-Funk circus on us for over four hours a few nights ago at the Crystal Ballroom was truly reason to dance like you