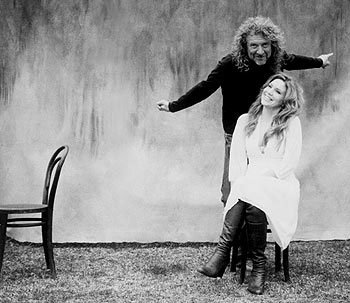 n rock and roll debates 101, Robert Plant arguablys hold the greatest rock and roll voice.  Sure Steven Tyler, Bono, Roger Daltrey, Freddie Mercury, David Bowie and Mick Jagger are up there too, but its not even worth  arguing. On even Simon Cowell’s list, Robert Plant is top five and his voice can do things that make 55 year old grown men in attendance jump the stage (which happened this evening in Phoenix) and 30 year old woman pass roses to the voice of  rock and roll’s most iconic songs.