Peter Gabriel is the coolest person on planet Earth. As a singer, songwriter, and sonic chameleon, he boasts one of the most eclectic resumes in music history — from his early work with Genesis to his unpredictable solo material. He’s also a humanitarian and a technological pioneer. Most likely, he’s a fucking wizard.

And nobody is more entertaining on-stage. It all started back in the early Genesis days: As the band fiddled with their weirdly tuned 12-string guitars between songs, Gabriel was left standing awkwardly out front. To kill the silence, he found himself improvising quirky, imaginative stories. The crowd loved it, so he took it to another level, dressing up in bizarre costumes (like Britannia or The Sexy Fox) and developing stage personas to match the songs’ dazzling imagery.

Even after splitting from Genesis in the mid-’70s (and retiring his grotesque costumes), Gabriel never lost his passion for visuals. And as his music grew increasingly funky and rhythmic, he started expanding his physicality and exploring the physical confines of the stage. So he danced. And gyrated. And crowd-surfed. All of it was entertaining, and most of it was hilarious.

So that brings us to this list. Here are Gabriel’s 10 Funniest Stage Moves.

Not necessarily Gabriel’s most iconic move, The Monkey is still pretty spectacular. As our hero notes in the selected clip, “Shock the Monkey” is a richly layered “song about jealousy,” but it’s also a good excuse to hop around the stage like a primate. The Monkey Move begins around 0:37.

Gabriel donned a grotesque old man costume for “The Musical Box,” one of Genesis’ early prog classics. Particularly hilarious: his creepy gesturing around 8:35, as he sings, “Let me get to know your…flesh.”

“Solsbury Hill” is Gabriel’s ode to self-empowerment and destiny, the lyrics alluding to his departure from Genesis as the music swells beneath. And on-stage during the Growing Up tour, Gabriel added some pizazz to the sentiments by riding a freaking bicycle. Who else does this kinda stuff?

This is probably Gabriel’s go-to move — he uses it in probably 60% of the songs he performs. He uses The Spirit Fingers numerous times throughout this performance of “Kiss That Frog” (Check out an example at 2:00 — and hold out for guitarist David Rhodes’ hilarious eye-rolling reaction.)

He also uses the move frequently during “Sledgehammer,” like he does here.

When Genesis performed “Supper’s Ready,” their 25-minute prog masterpiece, Gabriel donned a flower headdress during the “Willow Farm” section. “A flower?,” he asks. Yes, yes, a flower. Watch in reverence, starting at 11:21. (And since you’re already watching this “Supper’s Ready” clip, you might as well check out Gabriel’s warped version of The Twist at 21:10.)

“In Your Eyes” is probably the greatest song ever written, and Gabriel transforms the song to even more majestic celebration on-stage. His faux-African dancing is as endearing as it is goofy.

“Me? I’m just a lawnmower!,” Gabriel sings on the hooky Genesis classic “I Know What I Like (In Your Wardrobe).” But Gabriel, as we all know, isn’t content to simply tell us about his lawn-mowing skills. Check ’em out at 0:28. (Honorable mention: his wacky dance at 2:20.)

This move is reserved especially for “Sledgehammer,” Gabriel’s soulful So smash. Note his awkward hip-swivel/hump at 1:50 and the infamous head-punch at 2:05.

“Sledgehammer” is clearly home to most of Gabriel’s signature moves. At this point, this move is as legendary as the song itself. This 1987 performance (from the Live at Athens DVD) offers a great example, with Rhodes and bass god Tony Levin joining PG for a leg-shakin’ extravaganza.

Wow. Gabriel really seems to love air-humping. Sometimes it matches the silliness of the lyrics ( “Sledgehammer”), and other times, it’s just kinda awkward. “I feel it in my sex,” he sings on “Digging in the Dirt,” his funky and emotional psycho-therapy masterpiece. And you better believe there’s an air-hump involved (See: 2:58).

Also…umm…he unleashes some more primal air-humping in this Secret World Live version of “Kiss That Frog” (while standing atop a kitchen chair).

This list easily could have been a Top 100. Tell us what signature Gabriel moves we missed in the comments section. 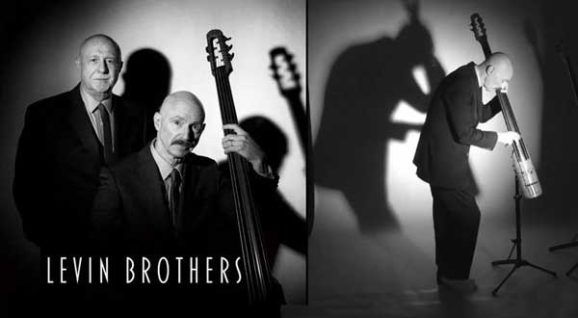