Thousands and thousands of films are made every year. And while some of them are destined for Oscar glory and widespread Metacritic acclaim, others wind up scraping the barrel on the IMDB Bottom 100. What makes these films so universally despised? Are they all really that bad? And, seriously, what’s the deal with From Justin to Kelly? We’ll answer all these questions (and hopefully more) with “Scraping the Barrel,” in which we review the ENTIRETY of the bottom 100, in order.

(Editor Note: We realize the Bottom 100 has changed slightly since we began this series. Our master list was frozen on July 17th.)

The Gist: Annoyingly androgynous Pat opens someone’s mail, sings karaoke, hosts a radio show, gets sexually assaulted, and eventually marries a partner of equally indeterminable sex, all with its tongue out at the audience, shouting “I’ll never tell!” This is “outrageously funny.”

Those Who Shall Be Held Responsible: Written by: Jim Emerson, Stephen Hibbert, Julia Sweeney; Directed by: Adam Bernstein

(Note: Because Pat is played by a woman (Julia Sweeney), I’m going save us all the trouble and refer to it as a “her” for this review.)

I’d love to see the screenplay for It’s Pat. Here’s what I’m picturing: Four pages of loose-leaf notebook paper (wide-ruled), dog-eared in the top corner so they stay together. Page one is the title page, where “IT’S PAT” is hand-written in pink and blue gel pen, and below it are the scribble names of three proud writers. Then comes page two, which is just a crude drawing of a stick figure with a dick and boobs, with the words “dude or chick???” written below it and circled. Page three is a wadded napkin left by accident from the 30-minute lunch period during which the film must’ve been written, and then the last page is just “LOL” drawn boldly in bubble letters.

The film opens with Pat’s (Julia Sweeney) birth in a scene that oozes comedic excellence; we’re born in first-person view along with Pat, and then clumsily dropped from about shoulder-high onto the hospital floor. “Whoops!” says the doctor as he picks us up, good as new. (I guess there’s a 5-second rule for infants.) Not long after, the same doctor is conveniently whisked away just before he can announce the sex of this 7-and-a-half pound baby — whatever. (When asked “boy or girl?” the doctor says, “No time! Figure it out for yourself.” — In the same amount of words, he could have said boy and girl about four times each.) Mama takes one look down, ya know, there, and proudly proclaims “It’s Pat!” Cue theme music.

That’s all well and good, but early ’90s sketch comedy fans will know that this was a hoax. The real Pat was forged in 1990 by Julia Sweeney and the creative minds at Saturday Night Live. Back then, her schtick was to come out on stage and make veiled comments that seemed to expose her true gender, only to reveal that she was actually talking about something totally innocent (saying things like, “Wanna see my package?” and then pulling out a box from the post office wrapped in plastic). This worked. People liked Pat then.

Nobody likes Pat now. The fundamental problem (and there are many) is that this kind of heavy-handed “humor” is best-suited for a sub-five minute comedy sketch, not a 77-minute long motion picture. Spend that kind of time with Pat, and, suddenly, everyone realizes how awful she is. The character is childishly uncouth and obnoxiously self-unaware. Not a single thing she does the entire movie helps anyone in any way, and, worse, she spends the entirety of the film complaining about it or bragging about how awesome she is, or sometimes just ignoring it all entirely. This is the kind of person you avoid, not the kind you make a movie about. Ten minutes in, I stopped caring whether Pat was a man or a woman; I just wanted it to leave. (Side note: Pat also does this wheeze/laugh thing after about every three lines of dialogue. It sounds like someone mixed a turkey gobble with the sound of a dry-heave, recorded it and played it backwards. That’s reason enough to leave this thing alone.)

Throughout the film, Pat meets a few other people: There’s Kyle (Charles Rocket), Pat’s neighbor who becomes obsessed with knowing Pat’s gender to the point of going insane (which stood in strange juxtaposition to me just not giving a damn). This guy is weird. He exhausts about every possible option one could imagine he’d have to figure out Pat’s gender — each time unsuccessfully — without ever simply saying, “Hey, Pat… Are you a boy or a girl?” That’s rude, sure — but no worse than peering through her windows with a telescope, breaking into her apartment, spying on her laundry, stealing her super-secret diary, or outright trying to undress her.

And then there’s Chris (Dave Foley), an equally androgynous character that Pat meets at a bar, falls in love with, and ultimately marries. Happily ever after. This takes place at the end of the movie, and it’s the closest thing we’re getting to any kind of resolution. Pat’s gender is never revealed, and she never catches any real kind of flak for being such a bastard. But, hey — at least it’s over.

It’s Pat is like a bad game of Clue, except the only character is Pat, all the game pieces are vaguely shaped like sex organs, and nobody ever wins.

“Here comes the mail (male)!” — made by Pat during her short stint as a postal worker.

“A comedy that proves love is a many gendered thing.” — Wait a second; how many genders are there?

“Would a Pat by any other name smell as sweet?” — What?

“Oh, I crushed my nuts!” — Pat, as she holds up crumbled walnuts. 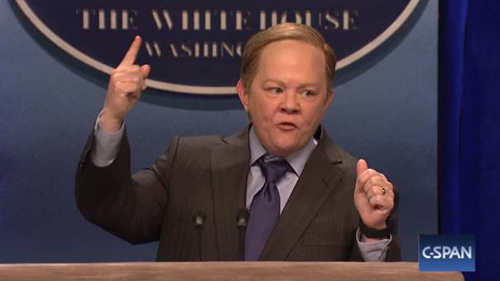