If there’s only one thing Zach Braff can do right, it’s put together an amazing soundtrack. Let’s not even argue taste in music right now — he simply has a gift for pairing music and film. Braff’s big-screen debut as a writer-director, 2004’s Garden State, had a soundtrack that was so on point, it even earned him a Grammy. And Wish I Was Here, his quasi follow-up, has a track listing that looks to be even better.

Naturally, Braff locked down original music from The Shins (“Now So What,” which premiered two weeks ago). Now we have Bon Iver’s exclusive contribution, “Heavenly Father,” a sultry, synth-heavy ballad that manages to carry the same electronically-cherubic reverberation from start to finish without becoming monotonous.

The track’s opening lyrics (“Ever since I heard the howlin’ wind, I didn’t need to go where a bible went…”) set the groundwork for this four-minute jaunt of incongruous religious nuance. Justin Vernon’s voice carries you through the entire ordeal in the most believable way, leaving you in a silence once the song has ended. It won’t bring you any closer to Jesus, but it’ll sure as hell feel like it.

Braff recently spoke with NPR about the soundtrack, saying, “As a music lover, nothing has been more gratifying than collaborating on this project with my favorite artists. Between The Shins, Bon Iver, Cat Power and Coldplay…I never dreamed I’d get to work with so many of my favorite musicians on Wish I Was Here.” The full soundtrack is available July 15th, also featuring music from Gary Jules, Paul Simon, and a previously released Bon Iver track, “Holocene.” The film opens July 18th, with a wide release scheduled for July 25th. 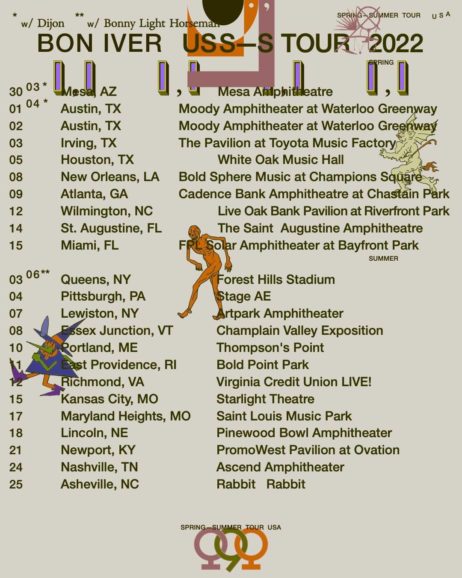