Martin Scorsese has officially entered the Oscar race. The director’s latest film, Silence, has gotten a limited theatrical release date of December 23, placing it just under the wire for consideration when awards season begins. The film is expected to receive a wider release sometime in January. Andrew Garfield (The Amazing Spider-Man) and Adam Driver (Star Wars: The Force Awaken) star as two, 17th century Jesuit priests who travel to Japan in search of their former mentor, played by Liam Neeson (Taken). The two priests discover that Japan has banned Catholicism and western influence, and they face violence and persecution at the hands of the shogunate.

Bill Pullman (Independence Day: Resurgence) has been tapped to star opposite Jessica Biel (A Kind of Murder) in the new USA drama, The Sinner, based on the book of the same name by Petra Hammesfahr. Pullman is set to play detective Harry Ambrose, who becomes fascinated by Biel’s Cora Tanner after the seemingly normal housewife commits a very violent act in public, later claiming she has no idea why. Ambrose descends down a dark spiral as he delves into Tanner’s life in an attempt to uncover the true motives behind her action.

The CW has unveiled a new trailer for their series, Supergirl, which joins their lineup of DC superheroes after a single season on CBS. The new trailer features star Melissa Benoist joining up with Tyler Hoechlin, who joins the series this year in a recurring role as Clark Kent, a.k.a., Superman. From all appearances, Hoechlin stands in stark contrast to Henry Cavill’s performance as the Man of Steel from DC’s cinematic universe. While Supergirl probably stands to fare better on The CW than it did on CBS, it seems kind of a shame to have their titular heroine stand in the shadow of her more famous older cousin. Still, it should assuage some of the concerns of people who are worried about the portrayal of Superman on film, and Hoechlin definitely looks like he’s harkening back to the Superman of yesteryear. The new season premieres October 10 on The CW.

#SupergirlCW and Superman team up on the season premiere, Monday, October 10 at 8/7c on The CW! pic.twitter.com/ZjwYsEB8Rh

Jeffrey Dean Morgan (The Walking Dead) plays a border patrolling citizen on the hunt for illegal immigrants in the new trailer for Desierto. From director Jonas Cuaron (son of Gravity director Alfonso Cuaron), Desierto comes at a time in anti-immigrant sentiments are at an all-time high. Gael Garcia Bernal (Mozart in the Jungle) plays a Mexican immigrant trying to make his way into the country in order to be with his son, only to find himself the object of a human hunt as Morgan attempts to kill the man and members of his party. Desierto received some buzz last year on the festival circuit, and is set to be released in theaters on October 14.

Denzel Washington (The Magnificent Seven) returns to the director’s chair for the first time since 2007’s The Great Debaters in the Fences. Washington plays double duty as both director and star, playing a man coming to terms with the state of America as he tries to raise his family in the 1950’s. The new trailer offers a powerful, resonant glimpse at the film, which is already generating a healthy amount of Oscar buzz on several fronts. It also happens to feature one of the most intense monologues in recent memory, which makes sense given that the screenplay is based on a Pulitzer Prize winning play from August Wilson, who also penned the script. Fences co-stars Viola Davis (Suicide Squad) and is set to hit theaters on Christmas Day. 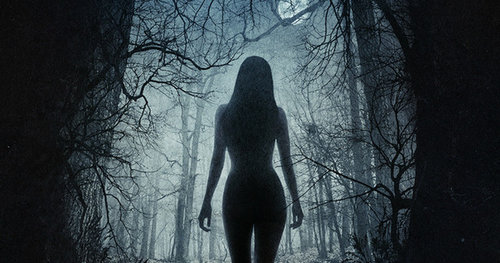 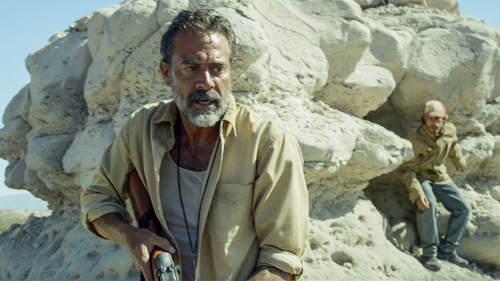