The downstairs bar of the Bowery Ballroom is packed shoulder to shoulder as fans of The London Souls try to squeeze through the front entrance, attempting to coerce the thick-skinned bouncer into allowing one more friend get on the guest list for the night, but the show has already sold out and he really isn’t in any mood to let anyone by.  It’s a week after the official debut of The London Souls self-titled album and a diverse group of devotees have gathered in anticipation of the trios record release party.  Walking up the steps leading to the floor of the Bowery’s main stage, the sound of New York-based opening act, Gonzo Jones, can be heard through the ceiling and the venue opens up, stage to the immediate right, and the two-tiered room is fully exposed to a wall of sound.

Those who have been following the progress of The London Souls since their technical formation in 2008 know that their rise as a power trio has been hard fought through their steadiness to relentlessly tour all alleys of the New York music scene.  Nearly a year and a half after the recording of their debut album was complete The London Souls come through ready to document their official introduction.  In the time following album’s completion it’s as if the focus was geared to the performance and delivery of their sound in a way that could captivate fans through live shows, in any type of venue.

In 2008, The London Souls joined forces with Green Owl Records and caravanned to Austin’s South by Southwest Music Festival by way of a vegetable oil powered school bus.  Drawn to the “environmentally friendly” aspect of a challenge like this, the band made the trip a great musical success as they had the opportunity to play at an Afro-Punk gig, establishing some solid connections along the way.  Basements and backyards led to small clubs which progressed into residencies at the Mercury Lounge and Brooklyn Bowl, which all began to solidify The London Souls as a force to reckon with in the rising tide of new music.

One of the most appreciative aspects of The London Souls is that they are an immensely talented group of players who churn out a sound derivative of rock that could be traced to a mid-1970s era of music.  That unrestraint has yet to surface in a trio setup in the current establishment of music today, or any modern sound wave for that matter.  Within the unit, drummer Chris St. Hilaire holds down the percussive end of the energy and has the ability to incorporate so many drum textures all within short periods in the song structure.  It’s his shifting momentums and hard hitting style that really give direction to the music and allows guitarist Tash Neal to feed off of that musical energy by having a solid foundation; a much needed dimension in a rock trio like this.  With his red Gibson semi-hollow guitar held high and white sunglasses commanding dopeness, Neal rages through explosive guitar solos that are as reflective as what is expressed musically on the album.  His raspy voice, combined in harmony with bassist Kiyoshi Matsuyama’s, mesh in a way that adds to the versatility of the band.  Matsuyama’s higher pitch comes into play during their set on tracks like “She’s In Control” and a Beatles’ cover of “Tomorrow Never Knows.”  While lead vocals shift between Matsuyama and Neal, both harmonize and provide backup vocals, much that feature a call/re-call style, and St. Hilaire adds backup vocals as well, something that he has grown into having more of an appreciation of while playing with The London Souls.

The record release show at The Bowery captured everything about The London Souls that is critical to understanding where they stand musically.  The set, filled with nearly all of the songs found on the record, grew quite expansively as the trio elongated instrumental sections allowing them to communicate through simply jamming.  So, what’s on the horizon for The London Souls?  Several more festivals and shows on the east coast throughout the rest of the summer, including a stop at the Royal Family Affair festival in Vermont, headed up by the Souls’ friend Eric Krasno and Soulive.  But keep an eye peeled to the fall and into next year as The London Souls plan on spending the majority of that time on the road, spreading their funk brand of hard driven rock. 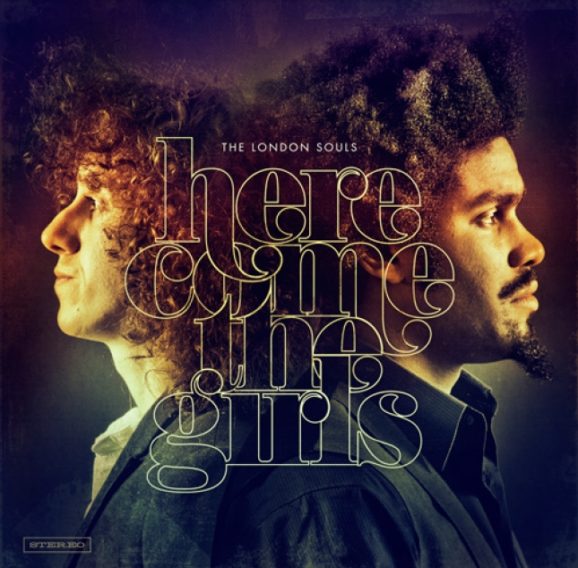