Paul Simon’s album Graceland, a seamless, vibrant combination of South African and American popular music styles, was an unexpected success following its release in 1986. World music was still a relatively unfamiliar phrase. Simon’s previous project, Hearts and Bones (1983), had been a disappointment. The wedding of Simon’s complex songwriting with South African musical styles formed by repeated trips across the Atlantic was catchy and captivating. The album sounds fresh today and is finding new fans among listeners born in the years after its release. A re-mastered version will be available in late October and it was just announced that Simon is planning on touring the record in 2012, while reuniting with the musicians who played with him 25 years ago, including South African vocal group Ladysmith Black Mambazo.

Graceland was much more than a successful album; in retrospect it was a pivotal moment in global culture. One year after Simon’s sold-out national and international tours featuring South African musicians, National Public Radio began airing Afropop Worldwide, a syndicated series focusing on African popular music that continues today. The National Academy of Recording Arts and Science created a Grammy for world music in 1992, a category since dominated by African singers and musicians. South African artists and groups, including Miriam Makeba and Hugh Masakela, experienced rejuvenated careers following Graceland, while the Ladysmith Black Mambazo found its touring and recording opportunities dramatically expanded.

Listening today, Graceland sounds more like a Paul Simon album with African influences than the Afropop project it’s often portrayed to be. During the past 25 years, thanks in part to Graceland’s success, westerners have enjoyed greater access to music from around the world. The increased exposure can make Graceland’s world music influences seem watered down. Listener awareness may have increased, but those unfamiliar with South African mbaqanga or township jive, specifically the accordion style heard on the opening track, "Boy in the Bubble,” won’t associate what they hear with Africa, or with world music, at all. The title track follows with an easy, loping Americana feel. It’s not until deeper into the album with “I Know What I Know," featuring vocals by The Gaza Sisters, and Simon’s two songs with Ladysmith Black Mambazo, that American and African styles are apparent.

Several of Graceland’s compositions credit South African musicians and artists as co-writers. The role musical collaboration played in the album’s creation is one of its less appreciated features. Throughout his career as a writer and a performer Paul Simon has worked carefully and closely with great musicians. In fact, Simon’s ability to collaborate, or the lack of it, has been responsible for some of his greatest successes and failures.

The highly anticipated studio reunion between Simon and recording partner Art Garfunkel in 1982 ended when Simon unilaterally decided to complete the project himself.  He admits the resulting solo album, Hearts and Bones, failed to meet his own artistic and commercial expectations. There were benefits, however. Dissatisfied by the quality of the instrumental tracks on Hearts, Simon decided on a radically different approach to songwriting and recording: from Graceland till 2011’s So Beautiful or So What, every song’s basic instrumental tracks would be recorded before the song and lyric were completed. In addition, reduced expectations from the public and Simon’s label, Warner Brothers, gave him new freedom to experiment.

Paul Simon’s transforming encounter with the popular music of South Africa happened in the summer of 1984. A bootleg compilation cassette of South African township jive, Gumboots: Accordion Jive Hits, Volume II, caught Simon’s attention as he drove back and forth between Long Island and New York City. Listening to "Gumboots," an instrumental track by the popular South African band The Boyoyo Boys, Simon began singing improvised lyrics over the music while he drove. The first of Simon’s collaboration with South African musicians, "Gumboots" with Simon’s improvised lyrics ultimately became the fourth track on Graceland. Singing along with instrumental tracks became the process Simon would use to create his melodies and lyrics for the next 25 years.

Soon after he began exploring South African music Simon was introduced to Hilton Rosenthal, the South African producer of recording artists Juluka. The connection with Rosenthal was fortuitous. Juluka was a duo comprised of white multi-instrumentalist Johnny Clegg and Zulu guitarist/singer Sipho Mchunu and as their producer Rosenthal was used to negotiating the restrictions of South Africa’s apartheid system. Simon familiarized himself with South African music via dozens of albums sent to him by Rosenthal. Initial discussions led to recording sessions in Johannesburg over two-and-a-half weeks beginning in February of 1985.

Simon’s first sessions in Johannesburg were chaotic, but stimulating. On the Paul Simon: Graceland DVD (2005) Simon is seen energetically playing a drum surrounded by a roomful of South African musicians and singers. After auditioning a number of groups, he decided to work exclusively with musicians who spoke English. The decision was a matter of expediency. Simon explained that his efforts to express his ideas to musicians as they worked together were frustrated even further by student interpreters.

As the sessions for Graceland continued, the most successful and rewarding collaboration took place between Simon and the Zulu isicathamiya vocal group Ladysmith Black Mambazo, specifically his work with Ladysmith’s leader and lead singer, Joseph Shabalala. The songs that feature Ladysmith, "Diamonds on the Soles of Her Shoes" and "Homeless," are two of the album’s strongest. Keen insight into the writing of "Homeless" is provided by both Simon and Shabalala on the Graceland DVD. Inspired by Ladysmith’s music, Simon wrote a simple couplet: "Homeless, homeless, moonlight sleeping on a midnight lake." He then recorded a simple version and sent it to the group. Shabalala listened repeatedly. Though excited when recording began, the group struggled to create a vocal arrangement their first day in the studio.  Stressed, they prayed and practiced that night in their hotel room. Shabalala confessed to the band that he had been confused about how to approach the recording and simply encouraged them: "…let us try to do what we know. Just give them what we know…, then they will give us what they know." Later that night the group created the arrangement we know today. The next day when they performed it for Simon he immediately approved.

Graceland’s success jump-started Simon’s flagging career while generating intense controversy. Harshly criticized for ignoring a United Nations cultural boycott of South Africa that applied to writers, musicians, and artists, he defended his project saying prominent African Americans and the union for black musicians in Johannesburg approved. Still, Simon knew he was entering murky, if not stormy, waters from the outset. In a later interview he remarked: “At first I thought: it’s too bad this isn’t from Zimbabwe or Zaire or Nigeria, because life would be simpler.”  The controversy died down in time. Hugh Masakela and Miriam Makeba, exiled by the South African government for their anti-apartheid statements, spoke out in Simon’s favor and participated in the Graceland tours.

Two of Paul Simon’s Graceland collaborations involved artists based closer to home. These recordings also became controversial, but for different reasons. Simon arranged sessions in Louisiana with African American zydeco artist Good Rockin’ Dopsie and the Twisters and in Los Angeles with American Chicano artists Los Lobos. The track "That Was Your Mother" is one of Dopsie’s original songs combined with new lyrics by Simon. Dopsie may have been compensated for his time in the studio, but he did not receive co-writing credit or share in the song’s publishing, meaning he did not receive any of the royalties produced by Graceland’s album sales or airplay. Simon’s work with Los Lobos yielded "All around the World or The Myth of Fingerprints." According to band member Steve Berlin, Simon recorded an instrumental version of a Los Lobos work-in-progress. Simon returned to New York and wrote lyrics and melody for "Fingerprints," claiming full credit when the album was released. Members of the band assumed they would receive at least partial credit. Like Dopsie, Los Lobos is mentioned in the liner notes, but without a co-writing credit or publishing share they did not participate financially in the album’s success. Simon remarked that the members of Los Lobos never mentioned the subject to him or complained publicly till the album was a success.

Confusion and disagreements over collaboration and credit were predictable, given Simon’s new approach to songwriting in the studio. Rockin’ Dopsie and the Twisters and the members of Los Lobos were compensated solely as musicians. Giving them a writer’s or publisher’s interest in the song (much less a share in the copyright) must have seemed unnecessary to Simon.
The successful musical collaborations of Graceland (apart from the foregoing issues) were not repeated in the projects that immediately followed. The pressure to reproduce Graceland’s success appeared to restrict Simon’s freedom and his relationship with other musicians for the Graceland tour and for his next album The Rhythm of the Saints (1990). "It was easier to make Graceland, by far, than it is to make The Rhythm of the Saints," he remarked, "everybody’s listening now." The Graceland tour, represented on film by a concert in Zimbabwe, seems scripted today, trying too hard to project an image of “African-ness.” For Rhythm, Simon extended his studio-writing process even further, recording percussion tracks in Brazil without other instruments. Using extensive editing Simon and engineer Roy Halee created a percussion track for each song before adding vocals and instrumental overdubs in studios ranging over three continents. The combination of expert musicianship and poetic imagery is often brilliant, but the instrumental tracks lack the warmth and magnetism found on Graceland. Simon’s voice often sounds disconnected and emotionally detached from the underlying instruments. The Rhythm of the Saints proved to be Simon’s last album-length engagement with world music. After tours in its support, including a controversial concert in Johannesburg, Simon spent the next six years working on a Broadway musical.

Creative collaborations of any kind present many challenges, and collaborations between musicians from different cultures are even more difficult. In his book Global Pop (1997), Timothy Taylor observes that cross-cultural collaborations are often skewed in favor of westerners and toward a corporate music business model which "emphasizes individual achievement over group participation and that values the activities of stars." In simple terms, Simon holds more power in his collaborations than the groups and individuals he employs. This dynamic has been a factor in Simon’s collaborations in the US as well. Carson Whitsett, a Mississippi keyboard player who contributed to Simon’s earlier album, There Goes Rhymin’ Simon, noticed: "When Paul asked what time it was, everyone looked at their watches." At the beginning of the session Simon gathered the musicians and played several songs, then asked which they wanted to record. Was Simon collaborating or was it a savvy way to get the best track possible? Was it both?

Simon’s new album, So Beautiful or So What includes world music touches. It’s a cozy mix of blues licks, Simon’s intricate acoustic guitar work, and his signature word play. Two tracks contain edited 1930’s and 1940’s recordings by African Americans. Simon received permission to include the recordings and credits the sources, but it’s an odd choice for an artist accused of appropriating material in the past. A photo on the inside of the jacket shows several musicians working with Simon in an intimate studio setting. Clearly, collaboration is still an important feature of Simon’s work twenty-five years after Graceland. 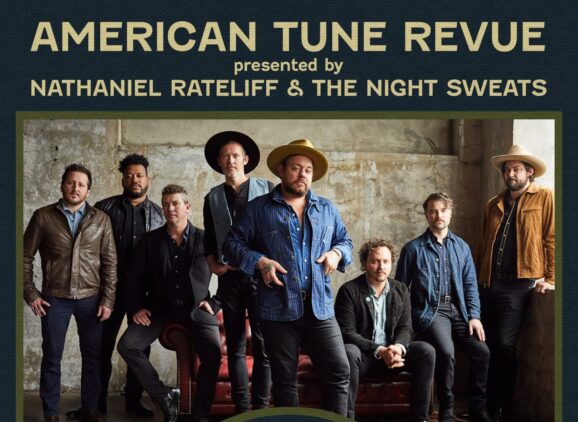 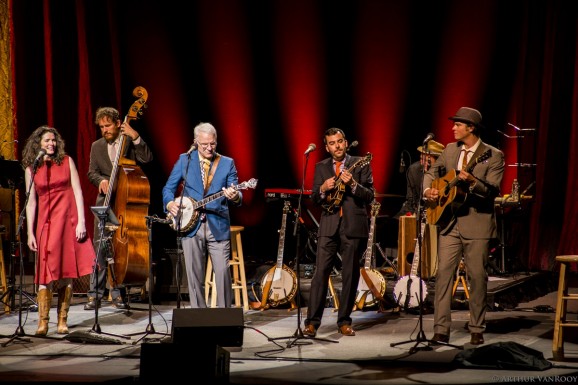