Get Shorty, which returns for its second season this weekend on EPIX, might be named after Elmore Leonard’s 1990 novel, but it only takes loose inspiration from its framework of gangsters taking over the movie business. In place of Chili Palmer is Miles Daly, played by Chris O’Dowd, a hitman who’s suddenly inspired to become a movie producer.

Joining him is his literal partner-in-crime Louis Darnell, played by Sean Bridgers. Then, there’s Amara De Escalones, played by Lidia Porto, a ruthless crime boss with certain flair to her wardrobe breathing down their necks.

Earlier this summer, we got to sit down with O’Dowd, Bridgers, and Porto during the annual ATX TV Fest to find out what we can expect with the show’s sophomore season, deviating from the source material, and the innate humanity of well-written characters.

I’d imagine this kind of gig is a lot of fun for an actor. Each episode of Get Shorty manages to have elements of just about every genre under the sun thrown in.

Lidia Porto: For all of us there’s been moments where absolute sincerity is called for, and other moments where it’s so over the top, everything in-between. I know it’s a lot of fun to play a character that colorful and… out there.

O’Dowd: There are moments where I’m doin’ it, and [I think] “I don’t know how these two scenes are gonna go together, but that’s someone else’s problem.”

Porto: [Laughs] I do that too!

Sean Bridgers: It’s like a really good piece of music. It can be operatic and pop at the same time. That is a lot of fun to play. And really to everybody’s credit, they put together a cast of people who can do that. Seemingly effortlessly.

Bridgers: Which is tough, right? You have to be able to play.

Bridgers: To use the music thing, it’s a bit like jazz. There’s a structure and an order to it, but…

Porto: Speaking of music: there’s this collection that I have loved for a long time called Planet Soup, and it’s three CDs, and every single one of them is at least two genres. So you’ve got German rap and Urdu chanting, or Irish music sung in Italian. And I love that. I think of it as our show. Two genres that you wouldn’t think would mix together, and it sounds fantastic. And it opens your mind because you would’ve never thought of that.

Porto: Planet Soup, man. Okay, this is not a music podcast. [Laughs].

I’m curious about this idea that you do a couple scenes, presumably shot out of order, and you wonder how these two pieces fit into the same puzzle. Obviously you put your trust in the writers, producers, and showrunner that there’s a method to the madness, so to speak.

O’Dowd: I think at the start of the process, you’re second-guessing yourself constantly. And second-guessing everyone else, also. Then, when you start watching it, you’re like, “Oh, this shit works. This is gonna be fine.”

That makes it a lot easier moving forward. To dive in a little deeper and not necessarily worry so much. And that’s what I feel we’re doing with season two a bit. We’re hitting for the… is this the right expression: we’re hitting for the boundary?

Bridgers: Swinging for the fences.

O’Dowd: We’re swinging for the fences a little more, without the concern of what you’re missing. It means that the highs are higher. So, that’s exciting for us.

Knowing the story’s based on the Elmore Leonard novel, and there’s a much more conventional film adaptation out there, did you want to avoid it to keep this version of Get Shorty its own animal?

Bridgers: I was very familiar with the film. Actually, it had just watched it probably two or three weeks before this came up. I have still not read the book. I’ve read a lot of Elmore Leonard.

Porto: I wasn’t familiar with the movie or the novel, and when I got the job I asked Davey [Holmes, showrunner] is it something I need to [know?]. And he said it’s going to be different enough I’d rather almost rather you didn’t. So, in between season one and season two, someone gave me the novel as a gift. So, I’ve started to read the novel, but reading the novel I see little details. I feel like Davey picked up these little details from the novel and dropped them in the TV show. And the tone is very similar.

Bridgers: When I read the pilot, it was definitely “inspired by” Elmore Leonard.

It definitely riffs off that story and runs with it in a much different direction.

Bridgers: It moves. It moves. But it’s not silly. It’s rarely silly. It’s very funny. His stuff is dark and his characters are rich.

Porto: When I watch the show, I find myself laughing in spite of myself, which to me, that’s intelligent writing right there. You just have to laugh. You really don’t have a choice.

Well, you’ve got these two worlds which most people aren’t all that familiar with, Hollywood and the underworld, and for as heightened as it is sometimes, it never feels outlandish. There’s a definite believability to it all, which might not come across when you’re just describing the show to someone.

O’Dowd: I think Elmore Leonard’s writing is quite grounded, so I think it stays well to that. And you’re right in that some of the situations seem far-fetched, but within the scenes themselves, they’re entirely believable. In a way, nothing is extraordinary, just kind of beautifully ordinary.

Of course, the storyline that we put in, which is criminals are taking over Hollywood, is essentially how the world sees Hollywood anyway, so it’s easy enough to go along with.

Porto: We’re just trying to keep people out of L.A. because rents are too high. [Laughs]

What I’ve noticed is that Davey has a way of guiding you through the process of understanding why this is happening. You might think it’s not believable, but he breaks it down and goes, “No, this this this and this, and that’s why it makes sense.” You find yourself just buying into this world.

Bridgers: Really, the motivation for everything that drives the plot is a human-driven motivation. The show starts because Miles wants to keep his family together, which is essentially human. And that’s the case for everybody. There’s this sort-of revealing of the characters that, on the surface, they don’t seem to be easily understood, or they seem to be a bit of an archetype. Then, you get a little deeper — and Davey doesn’t push that — these things are revealed.

I think that’s important for a show that might have legs and go for a little while. You let the audience make their own assumptions about things, and you reveal as it’s necessary.

Speaking to that point, there’s a genuine likability to these characters, despite…

Bridgers: Despite the beatings and the shootings. [Laughs]

O’Dowd: That’s just good casting. [Laughs]. But, they are. They’re written as people that you want to, even against your better judgment, want to succeed. Like all characters, in a way. There’s nothing interesting about watching someone squeaky clean doing well. I’m sure there’s a vast chasm between what that is and what we are, but you want them to succeed because they’re fun to watch. And that’s just good writing.

[Referring to Porto’s jewelry] God, look at that, it’s got a lion on it!

Porto: This is my Amara cuff.

Bridgers: I think that’s a tiger.

Bridgers: Just because they can’t see it [reading this].

O’Dowd: You are slowly morphing.

Porto: [Laughs] I am slowly morphing into Amara! It’s just for fun. We have pictures to take later today so I thought I’d bring a little bit of Amara with me.

On that note, what can people expect out of season two?

O’Dowd: So, at the end of season one, Rick, played by the wonderful Ray Romano, makes a deal with the FBI. Season two, that really follows through. The FBI are essentially on our tail, and Rick is lying to his beloved Amara.

O’Dowd: My relationship with my wife isn’t going well….

[At this point, Get Shorty’s Executive Producer Adam Arkin shouts from the next booth over “Chris, keep it about the work.”]

So, Miles has a difficult time making his work/life balance successful. So season two ends up being a Kramer Vs. Kramer scenario with his wife while he’s also trying to make another movie. And try to make the movie they made in season one successful. Which… it isn’t. And it’s frustrating, and when Miles gets frustrated, he gets very angry and takes it out on the world.

It’s him, from my perspective, slowly crawling up the dirty ladder of Hollywood, and kicking everyone as he climbs. I don’t want to give too much away, but there’s a lot of great story this year. It’s a hard thing to talk about.

Bridgers: Everybody’s life is shifting. In the case with Miles, you have challenges that you did not foresee, and the audience will not foresee. For Lewis, his world is opening up in ways that he didn’t foresee, because in season one he’s very reluctant to move forward with the Hollywood thing, and that starts shifting.

Bridgers: There is some sex.

O’Dowd: Actually, that will lose us some viewers if there’s Mormon sex. 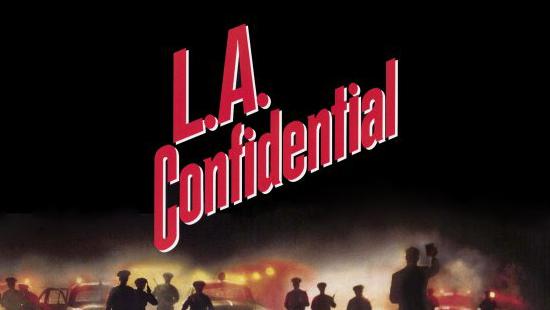 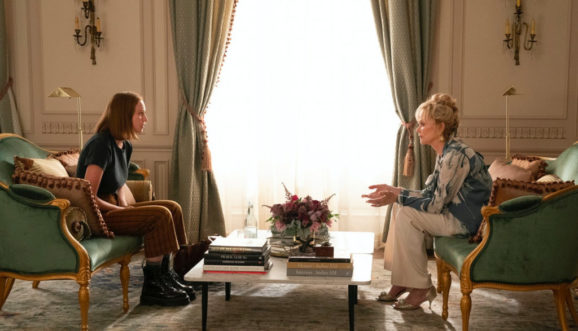 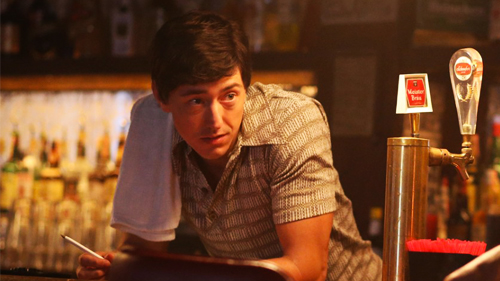