Everyone loves Tom Petty. For over 35 years, he’s been a constant staple of the rock and roll landscape, writing honest and straightforward vignettes that always seem to unify the varied branches of the music universe. He’s the common ground that connects the hipster to the mainstream, the urban liberal to the red-state conservative, the jaded blogger to the well-worn classic rock scribe.

People may disagree on nearly everything these days, but Tom Petty’s music escapes critique.  Unlike many of his contemporaries, Petty has found a magical formula that works. Vastly under appreciated as a songwriter, he deftly sets memorably sharp lyrics to giant, soaring sing-along choruses that fill big spaces and leave lasting impressions. People don’t ask him to reinvent himself. They simply appreciate the timeless quality of his work.

It’s of little surprise then, that an event like Wednesday night’s Petty Fest: A Night to Celebrate the Music of Tom Petty would be a rousing success.  Sponsored by Jameson, whose reps gladly handed out hearty samples of their liquor alongside Brooklyn Pale Ales, and anchored by the aptly named The Cabin Down Below Band, a blazing hot outfit responsible for similar NYC and LA-based fetes like Dylan Fest and Stones Fest, the nearly three hour set was designed to be a big old-fashioned party night of timeless tunes and good vibes all around.

The band held their end of the bargain, serenading Webster Hall’s capacity crowd with track after track of those Petty classics you know by heart, those near-classics you may have forgotten about, and a healthy dose of more obscure deep cuts that testify to Petty’s abundant back catalog.  A rotating cast of performers shuffled back and forth across the stage, lending healthy anticipation to the proceedings and forcing the audience to not only wager on the next song, but take guesses as to who may be coming out to sing it.

Cyndi Lauper casually sauntered out to duet with The Mooney Suzuki’s Sammy James Jr. on a revved-up “Here Comes My Girl”. Nicole Atkins and Nick Zinner swayed through a boozy “Mary Jane’s Last Dance” before reappearing later with Karen Elson for a vigorous rendition of “Stop Dragging My Heart Around”.  Elsewhere during the set, Caleb Followell forcefully stomped his way through “American Girl”, while Father John Misty popped the cork on a bottle of wine, joked with the crowd about honoring Bruce Springsteen and led a madcap sing-along of “Learning to Fly”. Justin Townes Earle and Delta Spirit went a bit rogue with their choices, but nevertheless aced covers of “Down South” and “Room At The Top” respectively.  And keeping with the loose vibe of the night, some “non-professional” musicians like John McEnroe (tackling “You Got Lucky” with his Tangiers Blues Band and “I Need To Know” with Albert Hammond, Jr.) and Alia Shawkat (better known as Maebe Funke from <i>Arrested Development</i>, but seen here working through “Breakdown”) also lent a hand to the proceedings.

As the night’s dozens of musicians gathered onstage for a final group performance of “Handle With Care” and “Free Falling”, the room pulsed with positive energy.  Always one to shy away from excessive attention, it was easy to picture Tom himself balking at such celebrations like this one, but tempting to think of him somewhere out at his home in California, plucking away at his guitar and diligently coming up with new batches of tunes to be celebrated and revered for years more to come.

4. You  Wreck Me: Ryan Gentles

11.  Listen To Her Heart: Andrew W.K. with Matt Sweeney

12.  Even The Losers: Anthony Ellis

15.  Have Love Will Travel: Adriel Denae

16.  You Don’t Know How It Feels: Cory Chisel with Danny Clinch on Harmonica and Fab Moretti on Drums

23.  Running Down a Dream: Anthony Ellis and Mickey James

24.  Into The Great Wide Open: Carney

27.  Handle With Care: Everyone with Justin Townes Earle as George Harrison, Nicole Atkins as Roy Orbison, and Matthew Vasquez as Bob Dylan/Tom Petty

LISTEN: Tom Petty and the Heartbreakers Cover J.J. Cale’s “Call Me The Breeze” Off ‘Live at the Fillmore’ 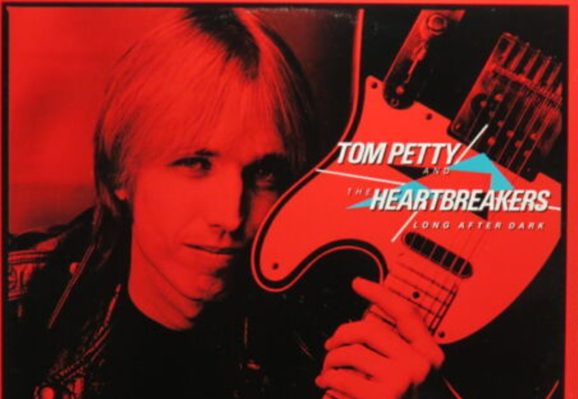