A little secret about me is that I don’t mind Batman v Superman: Dawn of Justice. Especially the director’s cut which, to my mind, fixed most of the problems I had with the theatrical release. To my mind, that film, and Man of Steel before it, stands as a much needed contrast to the Marvel oeuvre, allowing the full spectrum of comic book narratives to live in the world of cinema.

Which isn’t to say I’m not well aware of its flaws. Zack Snyder isn’t exactly the poster child for subtlety. His superhero films seem to compel him to succumb to the worst of his self-indulgences and there’s plenty to be said about his reliance on desaturation, cliches, narrative shortcuts, and freshman philosophizing as a filmmaker. Snyder is and always has been an adolescent’s idea of groundbreaking and edgy, but he’s also so unabashedly and unapologetically himself that I can’t really help but forgive him. Snyder is what he is, and that’s seemingly all he’s capable of being.

One’s personal mileage from his DC films is dependent entirely on one’s ability to forgive him his flaws. A tall ask, I suppose, given the reception those films garnered from most critics and audiences. Of course, I could also argue that a big part of the problem has been WB’s lack of commitment to their director’s vision, a problem that has plagued their attempts at making their DCEU stand against the MCU for the last eight years.

Ever since Man of Steel was released in 2013, WB has been hobbled by a failure to commit to the designs of a grand, interconnected narrative universe. Dawn of Justice is a perfect example of this, which we see by comparing the theatrical cut to the director’s cut. WB, wary of making audiences sit through a three-and-a-half hour film, cut the original release significantly and, in the process, did away with exposition necessary to the story, and subsequently worsened the film’s reception to audiences at large. See also, Suicide Squad, which underwent significant forced reshoots to try and lighten up the film’s tone after WB got scared of all the controversy around their universe’s darkness.

None of this is to say that this is the cause of backlash against Snyder’s vision of the DC universe, but it certainly didn’t help. It shows the state of mind behind the studio and their unwillingness to let things breathe to become what they were going to become. Their every decision has been hamstrung by their attempts to catch up with Marvel. Marvel got to The Avengers by earning it; DC decided to just do it.

And so, yeah, Dawn of Justice suffered because of that. As much as I like that movie, I’m also well aware that it feels like a “part four” instead of a “part two.” If it seems like they skipped a few movies to get to that point, that’s because they absolutely did. But given the limitations of the studio, Snyder did an admirable job doing what no director has ever done before: bringing Batman and Superman to the screen at the same time.

Which brings us to Justice League. Originally released in 2017, Justice League was a failure not even I, as a fan, can fully justify. Again, though, we can probably chalk it up to WB’s impatience. Snyder, deep in post-production of the film, suffered the tragic loss of his daughter to suicide. Unable to continue the film due to understandable grief, the director stepped away and the studio brought in Joss Whedon, the mastermind of Marvel Phase 1, to finish the job. Along the way, Whedon dispensed with much of Snyder’s work, rewrote much of the script, reshot most of the movie, and delivered a product that felt as slapdash and thrown together as it actually was.

It was catastrophic, and led to WB’s current DC philosophy of just kind of ignoring the idea of shared continuity. It also led to a years long campaign of Twitter browbeating for WB to #ReleaseTheSynderCut, fueling the myth that there existed a better, albeit unfinished, version of Justice League just waiting for Snyder to save the day. These charges were vehemently denied for years until, last year, with the launch of HBOMax, WB announced that they would allow Snyder to complete his vision of the film.

And now its here. The once mythical Snyder Cut is available to stream on HBOMax, in all four hours of its, um, glory?

Yeah, you know what? Fuck it, I’ll use that word. Glory. If you’re a fan of Snyder and his DC Snyderverse, then Zack Snyder’s Justice League will be glorious. It’s everything you wanted Justice League to be in the first place and full of everything that made his vision unique in the world of comic book filmmaking (even if that’s the same thing most people hate about the films). Gone is the tonal mismatch of the original film, which found Whedon trying to shoehorn his style into a film that was largely complete. Gone are the quips and one liners.

What we now have a film that’s towering and brooding, just as Snyder intended. It also feels more cohesive, as if, I don’t know, it was made by a single director with a single vision that he wanted to carry out. This new cut of Justice League is allowed more room to breathe and to exist than its previous version. It is, in short, exactly what the title suggests it is. This is, unabashedly and unapologetically, Zack Snyder’s Justice League.

The changes made to the film are significant and a lot deeper than just adding two hours to the run time (though that certainly helps). Though largely the film is built around the same story beats that propelled the original version, Snyder brings a certain gravitas to the narrative as opposed to Whedon’s slapstick sensibilities. This results in a much darker film that is much more in line with the universe Snyder established with Man of Steel.

Which naturally brings us back to the same discussion we’ve been having around these films since their inception. Zack Snyder’s Justice League consciously does nothing to dispel any of the discourse surrounding the films. Why would it? Snyder is a filmmaker who makes films for an audience of one, and if anyone wants to come along with him that’s fine. One almost senses his glee at the despair of this film and its planned sequels that will no doubt never come.

But maybe darkness is okay. In a genre saturated by bright colors and optimism, maybe its okay to allow ourselves a franchise that tries to plumb the darker depths. Maybe not every superhero movie needs the undercurrent of raw optimism displayed by the MCU. (It is, perhaps, also worth noting that when DC delivered two tonally brighter movies, Birds of Prey and Wonder Woman 1984, y’all hated those, too.) Snyder might be in over his head philosophically, but I respect the effort.

If nothing else, it’s an interesting case study what a director brings to post-production. We don’t get that very often, and from a study perspective there’s a lot here to digest and discuss. But most audiences won’t care about that. Most audiences just want to know the simple fact of whether or not a movie is good.

At this point, all I can tell you is that I enjoyed it. Under Snyder’s hand, the story of Justice League is allowed space to develop and grow, earning its character moments and its climax more respectably than Whedon’s version of the film did. That isn’t to say that it’s without flaw. Its four hour run time could have easily been three-and-a-half without losing much and, perhaps, even making it a better film. From a fundamentals perspective, the desaturized color scheme might be tiresome and the editing is often laughable.

But like everything else about the Snyderverse, it feels like itself. I can’t tell you whether that’s a good thing or a bad thing, but chances are you already know that answer for yourself. Do you defend Dawn of Justice and argue that people should watch the director’s cut before judging the film? This is a movie for you and you will no doubt enjoy it. If it’s not you, then chances are good you’ll be bored or unmoved by the effort here and nothing I can ever say will ever change your mind.

I’ll tell you this though. In every way it is a better film than Whedon’s. At the very least, it’s Justice League as it should have always been, for better and for worse. 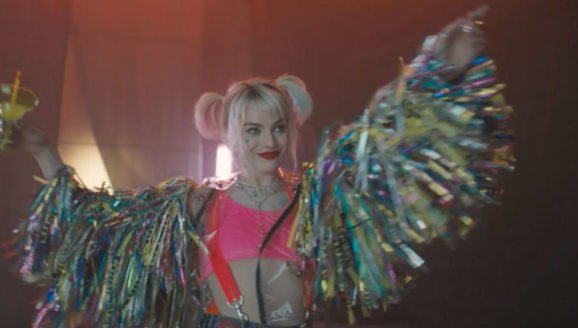 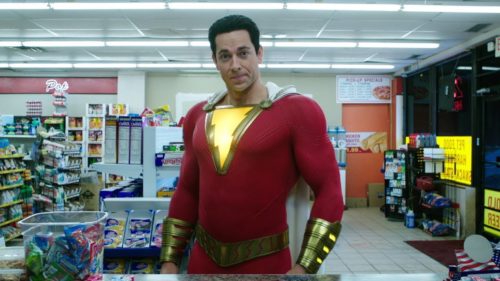