Craft Recordings is marking the 70th anniversary of Contemporary Records with Ornette Coleman’s first two albums, recorded in Los Angeles before he moved to New York City in the early ‘60s. These two, that sound relatively accessible today, were controversial at their time, marking the first seeds of the free jazz, or avant-garde movement that began to take shape in a few years later. Apparently, the Contemporary label was noted for its pristine sound, but renowned engineer Bernie Grundman has newly mastered the aural quality to immaculate levels, especially considering that Something Else!!! The Music of Ornette Coleman dates to 1958 and Tomorrow Is the Question! to a year later.  In addition, this 2-CD/2-LP set contains an expanded booklet with archival photos and extensive liner notes from Grammy Award-winning music historian Ashley Kahn.

As one listens to the first recording, the distinct influence of blues and early R&B that Coleman picked up in his native Fort Worth mesh with bebop. There are only the most subtle hints of the avant-garde that was to follow later. On the 1958 date, he is even playing with a pianist.  As producer Nick Phillips says, “He’s expanding on the bebop vocabulary and at this point, he’s using traditional forms for most compositions, 12-bar blues, and AABA song form, but doing something totally different. With Ornette and Don Cherry’s trumpet in the front line, the way they play and phrase and shift rhythms together, it sounds very loose but very tight.” This session, featuring Coleman’s working band with Don Cherry on trumpet, pianist Walter Norris, bassist Don Payne, and drummer Billy Higgins is deeply steeped in the blues but introduced several tunes that later became standards – The Blessing” and “When Will the Blues Leave?”

Yet, Something Else!!! didn’t come about easily. Coleman was the odd man out in the L.A. jazz scene. Few wanted to play with him for his unconventional way of twisting Charlie Parker’s ‘sacred’ bebop forms and for the fact that he often played a plastic saxophone and had what many considered a harsh, bleak tone and little command of jazz traditions. Somehow found a kindred spirit in the adventurous-minded Contemporary Records owner Lester Koenig, who was intrigued by his melodic sensibility and unorthodox approach to phrasing. Coleman’s approach, harmony based on melody later became known as harmolodics. Listen carefully and you’ll hear Coleman singing through his horn, as if in the role of vocalist. This was an important dimension that set him apart. In the original liner notes for the album, he says, “There are some intervals that carry that human quality if you play them in the right pitch. I don’t care how many intervals can play on an instrument: you can always reach into the human sound of a voice on your horn if you’re actually hearing and trying to express the warmth of the human voice.”

Tomorrow Is the Question! made the most distinct departure, playing without a chordal instrument, radical at the time, and an approach Coleman basically retained until his fusion years with Prime Time. The album featured Cherry, drummer Shelly Manne, and either Percy Heath or Red Mitchell on bass. He continues to mine the blues and African American forms he grew up with while expanding, to the chagrin of many, jazz’s rhythmic and harmonic frontiers. Still, three of the nine originals later became part of the jazz canon – “Tears Inside,” “Rejoicing” and “Turnaround.”

These are Coleman’s only two Contemporary recordings. Soon after moving to New York in the fall of 1959, Coleman signed with Atlantic, bringing such seminal albums as The Shape of Jazz to Come, Free Jazz, This Is Our Music, and many more. As we know, Coleman, even beyond his longest-standing partner, Don Cherry, Coleman found his kindred spirits – drummers Billy Higgins and Ed Blackwell, bassist Charlie Haden, and artists such as pianist Paul Bley who bought into Coleman’s vision. As the liner notes explain, the New York scene was much more receptive to Coleman’s innovation with Tomorrow Is the Question! hitting stores the same month that his quartet started an extended run at the Five Spot, arguably the most consequential and controversial gig in jazz history.

These two albums document Coleman’s first real break. Without the sympathetic ears of Lester Koenig, we may have never known the genius that Coleman imparted. 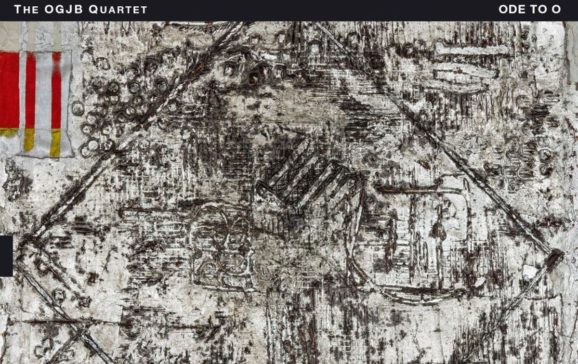