The Bogie Band Featuring Joe Russo Stretch, Bend & Stew Up Infectious Grooves On ‘The Prophets in The City’ (ALBUM REVIEW)

When it comes to impressive musical resumés, one needs to look no further than New York City’s own Stuart Bogie. Best known for his work with Fela Kuti disciples Antibalas, the horn-blowing firebrand has collaborated with a litany of artists spanning myriad genres, from Arcade Fire and Iron & Wine to Public Enemy and Erykah Badu, as well as countless others.

Among the more intriguing collaborative efforts, Bogie has been a part of during the past few years is his work with another NYC mainstay Joe Russo. Thanks to his polyrhythmic drumming abilities with musical-improv-focused groups such as the Benevento/Russo Duo, Shpongle & Furthur, as well as his wildly popular Grateful Dead-centric touring powerhouse, Joe Russo’s Almost Dead (JRAD) and Craig Finn of The Hold Steady, Russo has garnered critical acclaim from all areas of the music spectrum.

After sitting in for a handful of memorable performances with JRAD over the past several years, and laying down some choice saxophone tracks for Russo’s 2019 solo debut, phér bôney, Bogie decided to return the favor by extending an invitation to Russo to handle drumming duties for this fascinating new recording titled The Prophets In The City.

Prophets, which counts as the initial studio release from aptly monikered The Bogie Band featuring Joe Russo, is an instrumental tour-de-force that pushes the boundaries of modern jazz. Armed with a ten-piece ensemble comprised solely of wind & percussion instruments and featuring many prominent NYC-area musicians from highly reputed groups such as St. Vincent, The Budos Band and David Byrne’s American Utopia, Bogie & Russo offer up a stunning aural representation of New York’s bustling boroughs, bringing to life the pulse of America’s cultural melting pot through the brilliant use of trumpets, trombones, saxes, and flutes.

“The music we’ve created here revels in the human mysteries that unfold in New York City, basking in its connections, ironies, and myths,” explains Bogie. “Through observing its humanity, we hope to invoke the underlying world of the spirits.”

Impressively, the album commences with the sprawling multi-part suite “The Prophets In The City (Arrival, Balance, Discipline, Joy)”, an epic instrumental journey split into four distinct yet cohesive sections tied together by an infectiously simple woodwind-driven melody that permeates throughout.

“The Witnesses”, a welcoming, albeit somewhat angular, composition with saxophone lines that evoke the same sort of intensity and eloquent chaos as a Yoko Ono vocal performance precedes one of the album’s standout moments, “We Met Them By The Water”, with its ominous melodies layered atop Mr. Russo’s remarkably delicate mallet percussion work.

A pair of groove-based numbers, the hip-hop influenced “Walking With The Holy Fools” and “Take Them On”, an incredibly catchy romp that sounds like Sun Ra composing the soundtrack to Super Fly, both conjure up vivid images of tireless New York City avenues and thoroughfares teeming with life and emotion.

The album’s home stretch is anchored by what is arguably the most impressive of the LP’s nine tracks, “We Organize”. Clocking in right around the eight-and-a-half-minute mark, “We Organize” is a polyrhythmic affair that spans a range of emotions and features a bouncy brass melody alongside some incredibly patient drumming from Russo. Perhaps no other performance better exemplifies the drummer’s technical prowess and the monumental impact his presence has on the album than “We Organize”. Tantalizingly waiting until the two-minute mark to finally come in with a driving & purposeful backbeat, Russo rapidly propels this track forward with an exhilarating array of fills & flourishes en route to its triumphant conclusion.

Prophets conclude with a brief reprise of the “Joy” section of the opening track followed by the off-kilter tribal-influenced “The Struggle” before gently winding down with the relatively short, yet serene, “God In Us”.

Infused with a potpourri of sophisticated beats, infectious melodies and top-notch musicianship, The Bogie Band featuring Joe Russo’s Prophets In The City is a formidable addition to New York City’s hallowed musical history and one that will hopefully lead to many more collaborations between these two uniquely talented musicians. 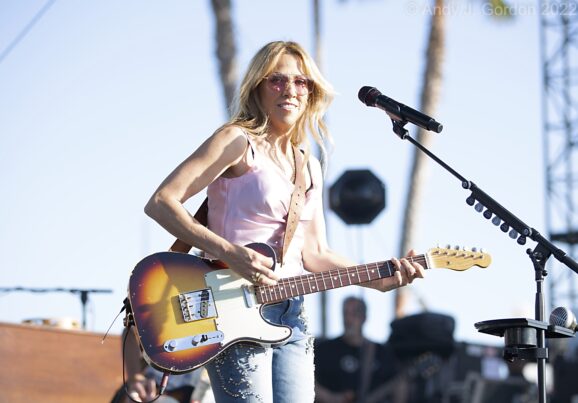 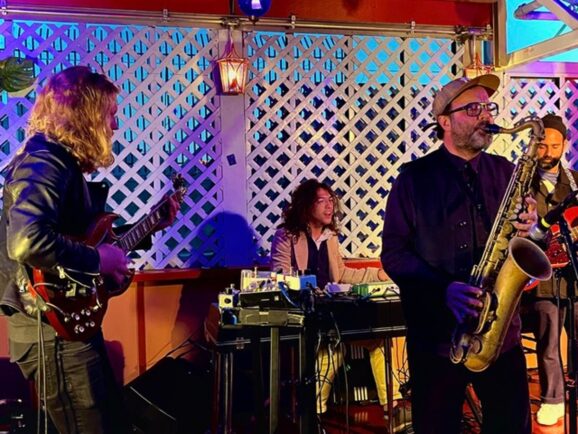 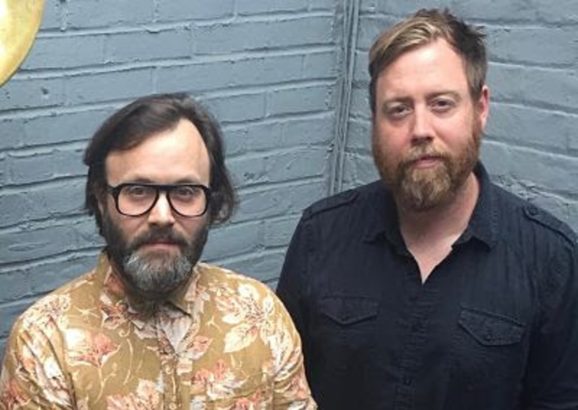