France-based Sengalese virtuosic bassist, vocalist, and composer Alune Wade packs several musical and cultural strains as well as socio-political issues these dozen songs that represent a journey, a blend of East African and Middle Eastern music, centered directly on Ethiopia and Egypt to forge a unique sound. The genesis for this is the many readings and travels Wade undertook to recount Africa’s untold history and inch closer to the original sources. Fusing jazz, Afrobeat, and the African style, highlife, Wade called on local musicians from Northeast Africa as well as from both Paris and New York to shape this highly percussive, multi-textured, polyrhythmic stew.

Composed and recorded in 2020 and 2021 between Tunis, Paris, New York and Senegal, this 12-part journey takes us from Djerba to Istanbul, from Dakar to Baghdad or from Kairouan to the kingdom of Saba, through Arabo-Andalusian or Berber rhythms with Western scales and Eastern maqam, the system of melodic modes used in traditional Arabic music. The opening track and released single, “Saba’s Journey” is described by Wade as giving rhythm to “the march of man,” pitting his throbbing bass with the haunting piano of Christian Sands and horns as if film soundtrack for a thriller. The sounds are a mix of nostalgia and the anticipation that comes from beginning a quest. He is creating a muisical atmosphere befitting the arrival of the Queen of Saba with her huge caravan of precious stones. In Ethiopian mythology she gave birth to Melenic, the first king in the Solomonic dynasty, a lineage that styed in power until 1974 when Emperor Haile Selassie was deposed.

Wade’s focal point for the recording was Tunisia, wherein a 25-day residency Wade collaborated with vocalist Mounir Troudi, who helped him assemble the major players of the country’s traditional music scene. In Tunisia, this traditional style, Stambouli, is a cousin to the more widely known Gnawa style of Morocco, which Wade was familiar with. but the Tunisian strain was new to him. Once satisfied with the results of this crossover music he had envisioned, he brought these recordings from the Tunisian sessions to share them in New York and Paris with multi-Grammy winning producer/engineer/mixer Nic Hard (of Snarky Puppy, The Klezmatics, Elizabeth Chan and-a-plethora-of-others fame), who shaped this infectious concoction of sounds.

Donso” likely refers to a society in West Africa called the confraternity of Donso hunters, a spiritually oriented, timeless organization, guardians of animist rites – the belief that objects, places, and creatures all possess a distinct spiritual essence. Here the instruments are symbolic with the flute signifying nature, the trumpet a strange dance, the chants of human unity, and the brass section its strength. The rhythms mirror the songs of the proud Wolof warriors. “Nasty Sand’’ has a mix of rhythms and cultures, with guitar and bass on Gnawa rhythms with brass on American and African blues as the tune goes through phases of construction and deconstruction to connote angst because of the evil sand is oil, which brings no joy to the African continent. Wade and the rapper PPS the Writah collaborate in the intoxicating groove of “Uthopic,” representing modern-day Ethiopian music with its blend of jazz played superbly by pianist Christian Sands, saxophonist Daniel Blake, and trumpeter Josh Deutsch.

Mauritanian singer Noura Mint Seymali is the feature in “Portrait De Maure” with Leo Genovese on keys and Hugues Mayo on three different saxophones creating a desert pulse while Wade’s bass serves to echo nomadic chants, symbolic of the first conquerors, The Moors. The music is constantly in motion with its repetitive riffs, evoking the image of a large army or caravan. “Djolof’s Blues” is the history of Senegal played to a blues with traditional Sengalese percussion and drums, almost military or march-like in its cadences.

Brass players Mayot and Sarduy, both Parisians are like echo chambers of West African kingdoms. Sands’ piano and Cedric Duchemann’s keys blend together incredibly well abobe the frenzied rhythms. “L’ombre de l’ame” is the leanest tune here, a duet between Wade and Mounir Troudi on voclas with Eric Mouquet on keys and Turkish clarinetist Ismail Lumanovski. The lack of percussion gives it a very airy, Mideastern quality but it is a composition Wade began two or three years ago, with the melody dedicated to his parents. Here, as much as any track on the album, we hear the Arabic. Wade’s father was a conductor in Senegal’s national orchestra and this nods to him.

Christian Sands shines on “Lullaby for Sultan,” along with the Blake- Deutsch horn duo and drummer Lenny White as the Ethiopian jazz strains are to mark the presence of the elders. Consider the album title, Sultan, an Arabic name, both masculine and feminine, designates newborns and is a name used in Turkish, Bengali, Avar, and Urdu. “Celebration” features the Algerian rapper Djam as well as musicians from Paris, Cuba, and Tunisia as does “Dalaka/ Open the Door,” the latter an uplifting and the most hopeful sounding tune here.

“Sultan” features the vocals of Wade and Troudi with Harold Lopez-Nussa on piano and Paco Sery on drums for a celebration of dance and rejoicing.  Eight musicians gather for the closing “Café Oran,” with rhythms of Arab-Andalusian music, played brilliantly by percussionist Adriano Tenorio DD evoking the open-air café somewhat reminiscent of Wade’s previous African Fast Food. Wade’s vocals interspersed with Faris Ishaq’s flute are in itself a melding of the African and Arabic. This tune, with trumpet and three woodwinds, is a symbol of freedom befitting the port of Oran in the Mediterranean basis which is a crossroad of cultures with a rich history of tolerance.

While most of us will not understand the lyrics, nor even have a full appreciation for the complexity of the many layers of sounds and rhythms, the music will invariably move you, perhaps even more so with a brief understanding of Wade’s mission. This richly conceived and impeccably rendered project is an early leading candidate for one of the top world music albums of the year and cements Wade’s reputation as one of the leading world music musicians of the past twenty years. 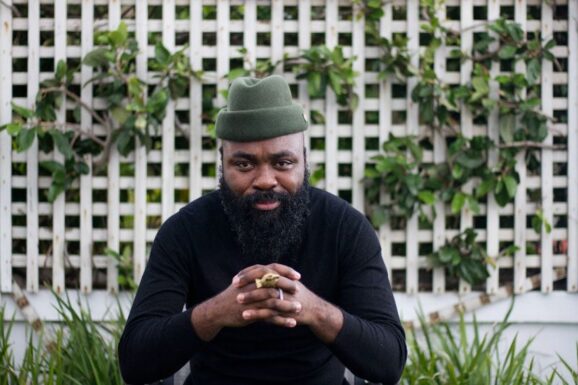 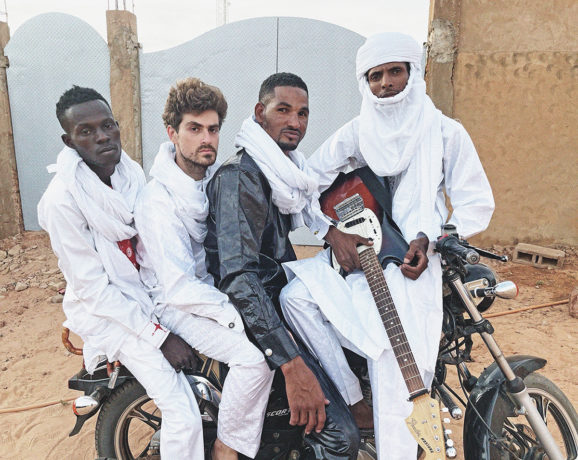