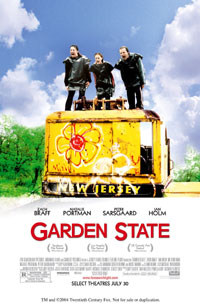 The hotel suite is small – much more compact than what you would imagine for a big TV star. The living area spills into a dining room that has been taken over by a table that commands attention. Halfway between the two spaces is the door to the bedroom. Inside is a peek into the internal workings of a man on a journey. There is a suitcase on the floor, hemorrhaging clothing and some books. Red bull cans are on a table next to the leather chair where an I-pod rests among T-shirts. Papers litter the floor below.

It is from here that Zach Braff makes his entrance. He is on a six-week press tour to promote his new movie, Garden State, which he wrote, directed and starred in during his downtime from NBC’s Scrubs. There is something immediately endearing about him. As he shakes your hand and looks you straight in the eye you realize he has a genuine need to be considered a regular Joe but suffers from the vulnerability of knowing he isn’t. He is at once charismatic and confident, insecure and lonely. It is the later that inspires his movie.

“I have this theory that your body goes through puberty in its teens, and the mind goes through puberty in your twenties,” he says. “[Large] is dealing with issues that you are going through all the time going into your thirties,” he says of his character. “He’s lost and lonesome which is something I definitely felt in my twenties. I mean it only takes a six-week press tour to feel lost and lonesome,” he laughs.

With Garden State, Braff carefully captures lost and lonely in a way that is neither cliché or overdramatic. There is something very genuine about the film which is most likely why so many well-known actors signed on to the project, including Ian Holm and Natalie Portman. “It was tricky to get it cast but it was a lot easier than I imagined. One by one people said yes,” he says.

Not surprising since Braff exudes a magnetic passion. When asked about the camera work on the film his enthusiasm forces his body to sit up straight and bear witness to his love for photography. “I’ve always been into still photography and I love production design. I wanted the movie to be still. I wanted the camera to really reply that feeling of stillness. I feel like when you have a still camera, when it does move it’s a feeling of release.”

When asked about the soundtrack, it quickly becomes clear how important music is to Braff in and outside of the movie. “I’m just obsessed with music. I find one song and listen to it over and over again. Scoring the movie was like scoring my life,” he explains. Just as with the actors, musicians generously waived their typical copyright fees once they saw the scenes where their music was used, including Coldplay, The Shins and the Estate of Nick Drake.

And as with any true music lover, Braff uses lesser-known artists as a way to spread the word. “In doing this process and finding music – Colin Hay – people barely know who he is. It’s astonishing to me. There’s probably three or four artists not even signed to a label.” He immediately points to Joshua Radin and the Cary Brothers.

Of course, now that Braff has proven himself a formidable writer and director the inevitable what’s next, acting or directing rears its prodding head. “There’s so much of myself in this movie, I’d die an early death [if I did another one]. I’m hoping I can act in someone else’s movie,” he says. True as that maybe, he is already working on a script with his brother.

E.C. Thomas is an independent filmmaker, photographer and writer in Boston: dragonflyROAR.com 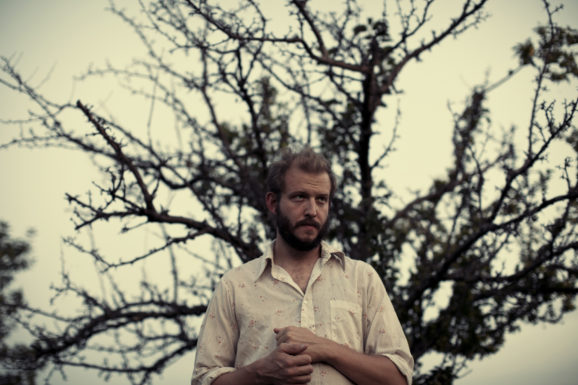