Dawes opened with How Far We’ve Come, from their new album, and effortlessly recalled Laurel Canyon musicians like Jackson Browne and Crosby, Stills, Nash and Young. With soft, harmonious vocals and perfectly balanced instrumentals, Dawes’ sound is even-tempered but still emotive. Million Dollar Bill is a slow break-up song about moving on after a girlfriend leaves you for some rich dude, but still being present in her life by having your face on the million-dollar bill. It’s not vindictive or vengeful; rather, it’s about trying to move on without being forgotten.

Little Bit of Everything, another new track, is an understated ballad focused on the story of the lyrics, backed by a simple keyboard and steady drums. Taylor Goldsmith broke out with a beautiful guitar solo – nothing over the top but perfectly appropriate. The short set was closed with the hit from the band’s first album, North Hills, When My Time Comes. The optimistic tone and soaring chorus illustrated the band’s impressive song writing and musicianship and moved the sedentary crowd to its feet.

The best part about Dawes is that everything sounds effortless: the band does not need to push the limits of the Americana Rock genre or experiment with anything entirely new. They have confidently defined their sound – universal, transcendent, relaxed – and do an incredible job at fitting into a genre rather than breaking out of it.

Alison Krauss and Union Station are similar to Dawes in this respect: Krauss has perfected her sound without trying ambitiously to redefine bluegrass or country music. The band took the stage shortly after Dawes exited, telling the audience that even though Krauss was feeling the sweltering summer heat, Wolf Trap is “probably one of our favorite places to play.”

The band – Krauss (lead vocals and violin), Jerry Douglas (Dobro, lap steel, vocals), Dan Tyminski (guitar, mandolin, lead vocals), Ron Block (banjo, guitar), Barry Bales (bass, vocals) along with keyboardist John Deaderick and drummer Larry Atamanuik – is currently on the road promoting Paper Airplane, released in April. The album contains traditional bluegrass themes and characters, like sailors (as Tyminski is on Bonita and Bill Butler). With over two hours of elegant country, rollicking bluegrass and somber ballads, Alison Krauss and Union Station, who have been together for over 20 years, proved to the crowd that they have nearly perfected their traditional country sound.

Krauss’ voice is better than any album could ever capture and, paired with Douglas’ Dobro playing, was emotive, riveting and bright. And when all members left the stage to Douglas for a Dobro solo, it was ten minutes of pure bluegrass bliss. The lullaby-like encore was stripped down to Krauss’ vocals and two acoustic guitars for Your Long Journey, from her album with Robert Plant, Raising Sand, adding additional vocals and the upright bass for There Is A Reason. Earlier in the night Douglas told the audience that Krauss sings the band a lullaby every night, and tonight the audience was given that same pleasure. 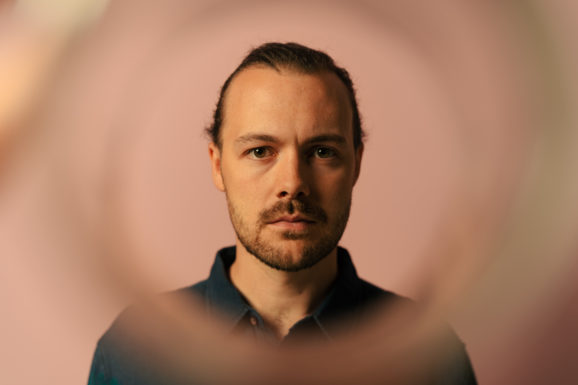