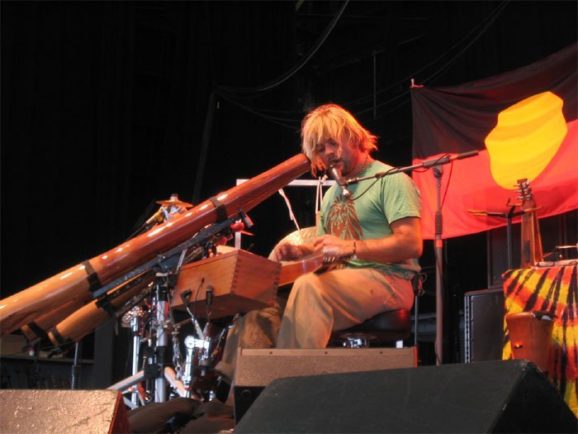 Xavier Rudd brought his environmentally spiritual and aboriginal influenced one-man show to a small but captivated Boston crowd to launch his summer tour of the U.S. Rudd had the honor of kicking off the rich musical night on the waters of Boston Harbor by taking his solo act to the Bank of America Pavilion for a warm and sunny 45-minute set. Robert Randolph & The Family Band had the following slot while Gov