Midlake: The Courage Of Others

Midlake’s sound has always been retro, but The Courage of Others takes the term to a whole new extreme. During their early career, Midlake’s retro slant could be traced to striking Radiohead similarities or undeniably fuzzy 70’s-rock sounds. In this album’s case, "retro" means "centuries ago." Gravely spoken tales of kings, brave men, ancient woods and outward emotion are joined with wandering flutes, solemn acoustic guitars and hushed rhythms to create elegant, aged melodies. This alchemy allows Midlake to evoke the exact atmosphere they hoped to obtain, but it isn’t always as engaging as one would hope.

Listeners who smiled upon the band’s last album, The Trials of Van Occupanther, will initially swoon. The humming, mystical Renaissance rock and revisionist folk that helped make that album so enjoyable are intact. Aching, weary vocals spin an evocative, elusive conceptual thread while grand, harmonized vocal passages, classic guitar sounds, and loopy keyboards give the whole thing an air of the 1970’s rock and roll vinyl heyday and British Folk from the same era. Some of the better moments are just short of intoxicating, such as the adventurous, swirling climax of "Core of Nature."

Songs like "Children of the Grounds," "Core of Nature" and "Acts of Man" reach the kind of gliding pace that the band thrives on, but most of the disc revolves around acoustic guitar, melancholy vocals and brief instrumental flourishes. Actually, melancholy might be understating it a little. Tim Smith’s vocals on "The Horn" are languid to the point of inducing dizziness, and the bulk of the album features more of the same drowsy proclamations, which vary little in pitch and tempo. There are fewer melodic shifts and fewer hooks on this album than were found on Van Occupanther, and the effect on Midlake’s already understated music is often dulling.

The opening duo of songs is an exception. "Acts of Man" is pleasantly desperate, and "Winter Dies" is the album’s most engaging track, interchanging vivid rock dynamics and mystical instrumentation. But the album slips farther into la-la land as it progresses, and with only slight variations from the band’s formula, it gets to be a bit tiresome. Without their nifty melding of styles and Smith’s bready voice, this album would walk a fine line between mellow and boring. Fortunately, Midlake has an unmistakable sound and pronounced likeability that saves The Courage of Others from itself. object type="application/x-shockwave-flash" data="http://www.lala.com/external/flash/SingleSongWidget.swf" id="lalaSongEmbed" width="220" height="70"> 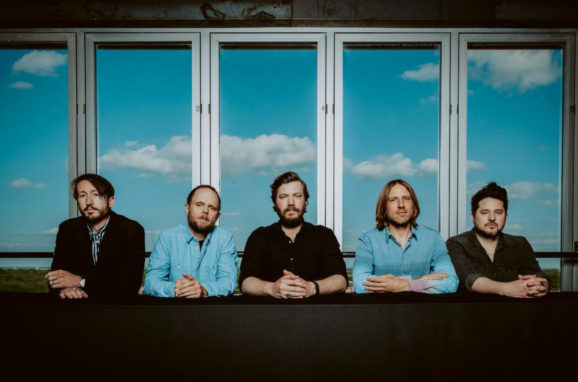 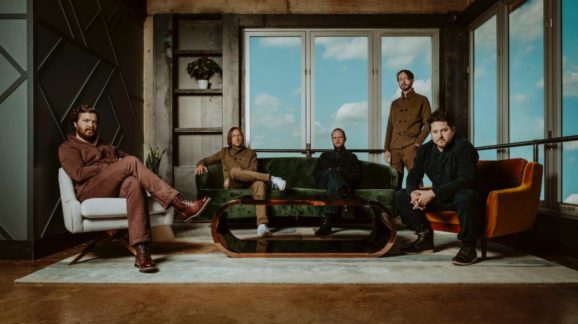