Brian Burton, better known by Danger Mouse, creates music without the net. His projects def record company legalities, and combine the embrace of the internet leak while paying attention to the tangible packaging that begs you to own a physical copy in our times of mp3s. He even rips a page from Miles Davis, and can not only assemble world class talent but has the vision to direct them.  He seems to make the projects he wants to make and how he wants to make them.

Aside from his earlier days of The Grey Album, The Gorillaz Demon Days and his work with Gnarls Barkley and Doom, he’s produced  Beck’s Modern Guilt, The Black Keys’ Attack and Release, and last year’s sleeper album of the year Dark Night of the Soul.  The slew of talent on Dark Night included a track with Burton’s current Broken Bell’s partner, The Shins’ James Mercer.

The opening track “The High Road,” a schizophrenic sonic straddle across the keyboards, winds a spacey electronic back-beat  before slowing down into the calming acoustic guitar strum accompanied by Mercer’s voice to start the self titled album. As is the case on the rest of the album, slowly all the layers start to cross, a backing harmony vocal joins Mercer as the song swells with the electronic elements cascading back for a catchy introductory track.

Mercer’s acoustic and desolate voice start “Vaporize,” but quickly are joined by a warming organ swing and a foot tapping melody that is distinctly Dangermouse. Next comes the psychedlia laden “Your Head Is On Fire” with pulsating echo effects all meandering through multi-layered vocal harmonies. “The Ghost Inside” finds Mercer hitting high falsetto’s while behind him eerily winding synthesizer paths funnel into a mandolin hinted garden of echoes.

“Sailing to Nowhere” maintains the waves of psychedelia running through the album, as one of the finest tracks on the 10-track effort. A guitar and keyboard punch through the drowning waves of pinging, swirling noise that Mercer’s voice both hovers above and screams from underneath.  Big bass drum hits follow a deep fall down but soon enough the ships horn and an old-timey piano riff calmly leads into the string melody that takes us back into the harbor.

“October” hits the ground running with a electronic rolling, disparate grasping feel as the Mercer’s chasing vocals blend into the ticking video-game laden landscape of chaotic electronic noise. An interlude in the 80s’ dance floor bopping synthesizers of “Mongrel Heart” flows smoothly into the string melody of the albums closing track, “The Mall and Misery.”  The string melody is lead by patient building around a perfectly accented slide guitar work before it all collapses through a pool of electronic waves, only to emerge on the other side with a ripping scratch guitar riff that would make David Byrne run laps.

As a whole, Broken Bells maintains hip-hop tinge from Burton’s production, but it’s layered across the board with genre meandering psychedelic passages and vocal harmonies woven throughout. Putting Broken Bells in Burton’s catalogue, it’s easy to see how he considers himself an auteur. He assembles great albums like a director puts all the pieces together of a great film.  In a New York Times article Burton told Chuck Klosterman, “…even with some of my favorite bands, I only like 30 or 40 percent of what they do. I’d want to make that 30 percent into the whole album.” 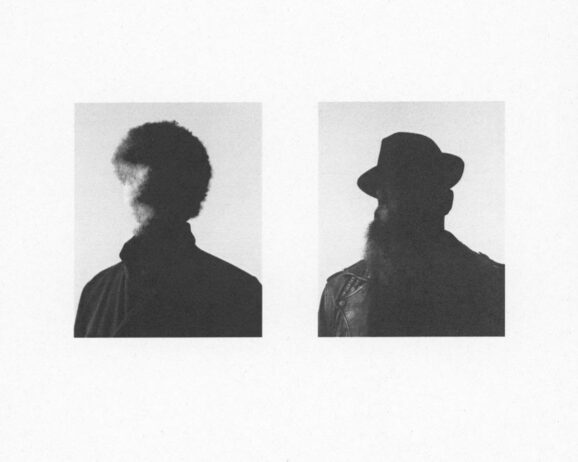