Hailed as Nashville’s answer to The Avett Brothers and Mumford & Sons, The Apache Relay have announced their Fall tour dates for the months of September and October. After joining Grammy-nominated Mumford & Sons onstage at Bonnaroo Music Festival in June, the band is ready to hit the road themselves to bring fans up and down the East Coast the jumping-up-and-down experience that is The Apache Relay live. You can watch the band performing "American Nomad" while on a golf-cart at Bonnaroo (filmed by WRLT) at the link below:

The performances kick off Thursday, September 8 in Wilmington, North Carolina. The Apache Relay and special guest folk up-and-comers River City Extension will be appearing in cities across the Southeast and Eastern US. The band will then join G.Love, an artist known for his live shows with Jack Johnson, throughout the month of October. See all current dates below.

Their current album, American Nomad, was produced by Neilson Hubbard and features tracks penned by lead singer Michael Ford Jr., including  "Lost Kid," the second single from the album impacting radio August 29th. The album also offers The Apache Relay’s cover of Bruce Springsteen’s "State Trooper," a song that became a staple for the band. "We all were influenced by Nebraska, and we played the song out of necessity in the very beginning because we didn’t have enough material to fill the set," says Ford Jr.

American Nomad is available in record stores everywhere, on iTunes or on The Apache Relay’s website, www.theapacherelay.com.

*With River City Extension
^With G.Love 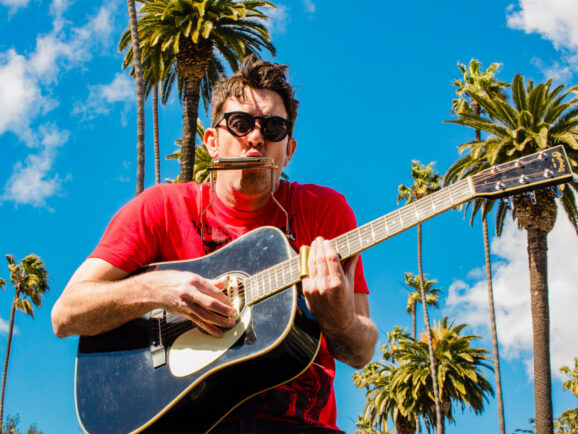