On their official MySpace page, Wild Flag humorously describes themselves as both "the sound of an avalanche taking out a dolphin, and the cross between a hamburger and a hotdog." While it’s difficult to comprehend the exact audible quality of either of these, consider this: Wild Flag is a band made up of Carrie Brownstein, Janet Weiss, Mary Timony and Rebecca Cole. These four women have a history between them, and have written and played music for the likes of Sleater-Kinney, Helium, The Minders, Quasi, and Stephen Malkmus and the Jicks. As such, Wild Flag stands as an experiment in musical chemistry, offering the mature and unrefined sound fans of Brownstein, Weiss, Timony and Cole have come to love with the fresh potential of a new group.

Wild Flag, the band’s debut album out this week on Merge Records, opens with “Romance.” It’s a footloose, riff-filled tune that pays homage to the band’s roots while telling the story of the musical love affair that has led these four to collaborate. Kicking off with a lively sound and light-hearted lyrics, Wild Flag declares emphatically, “We love, the sound is what found us.” In this sense, “Romance” embodies the musical bond shared between band members, and introduces Wild Flag to the world while setting the stage for what should be a fun and energetic album.

The majority of the songs on Wild Flag live up to the high standard set by “Romance.” Recorded live sans vocals, the chemistry between Brownstein, Weiss, Timony and Cole is on full display throughout the album, and their potential as a young band is readily apparent. Catchy, spirited riffs pepper Wild Flag, adding dimension and propelling the listener through the album’s melodic twists and turns. In particular, Brownstein and Timony’s guitars sing (at times better than Timony herself) during “Electric Band,” and the instrumental balance during “Racehorse,” possibly the best track on the record, demonstrates the maturity and experience these four artists bring to the table. Alongside the instrumentation, Brownstein and Timony’s carefree lyrics are a strength, encouraging the listener to enjoy the music and, like Wild Flag themselves, just have fun.

Perhaps the largest pitfalls of Wild Flag’s debut effort include the underdevelopment apparent in several tracks, and a lack of innovation in the overall sound of the band. These flaws are most apparent in “Something Came Over Me” and “Boom,” during which the freewheeling sense of joy established in “Romance” quickly succumbs to a dragging rhythm and swampy guitar work. In particular, these tracks disrupt the flow of Wild Flag, derail the energy built during the opening track, and cause the album to bottom-out prematurely. This may be a moot point for those familiar with bands like Sleater-Kinney and Helium, especially since the mood and energy in the remainder of the album do continue to build. However, to the casual listener, these two tracks may be difficult to overcome.

On the whole, the strengths of Wild Flag’s debut certainly outweigh its weaknesses. Memorable riffs, well-balanced instrumentals and a palpably jocular rapport between the band members all support this solid ten-track album. Wild Flag’s vibrant personalities ensure that an unrefined, raw sound will eventually come to define this band. As a young group, Wild Flag has great potential, but more time is needed to see if these four experienced musicians can develop an original sound and ultimately distinguish themselves from their past efforts. 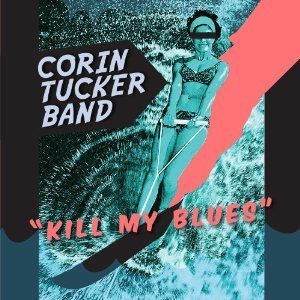