As the son of Crowded House’s Neil Finn, New Zealand’s Liam Finn has established himself by touring the world several times performing with Wilco, Eddie Vedder, Pearl Jam and The Black Keys, as well as at numerous festivals. His new album FOMO separates him from his famous family and shows how eclectic he can be courtesy of  complex melodies and wistful vocals. Fresh off his opening appearance during Pearl Jam’s 20th Anniversary Festival at Alpine Valley where he performed “Education” with the band, Liam checked in with Glide.

Hi, Liam. Where are you calling from?

I am in the New York at the moment. We just came from the Pearl Jam festival. It was pretty mind blowing actually.

You are very good friends with Eddie Vedder aren’t you?

He has been a friend of my family since I was about ten years old so he feels like an uncle.

He has been a big supporter of your work.

Totally. I have had some awesome tours with him doing his solo thing. I have done a few things with Pearl Jam. I grew up listening to them so I have to pinch myself.

Do you have a favorite festival you have played at so far?

I am still on a high from the Pearl Jam one so I would say that is up there. There is a tiny little festival in New Zealand that is called Camp A Low Hum that is a different concept all together. It is almost like a school camp with a bunch of bands.

How is your following in New Zealand compared to here?

It is a small country so I am probably a lot morewell known in New Zealand. I have been making records for quite a while over there so I like the home crowd. I recently finished a tour in New Zealand before we came over for the Pearl Jam thing.

I heard you had some problems with the hurricane.

Yes, because we have been based out of New York and itching to get home. All of sudden Irene comes in and cancels our flights. It is frustrating but you can’t mess with Mother Nature.

I’m glad you are safe. You have been touring with your dad Neil Finn since you were very young. What was it like growing up around bands?

It was an amazing way to grow up. I was lucky to have really great parents that made sure we grew up with manners. I was around adults so much it was probably a different life for a kid. I loved it but addicted to the nomadic lifestyle. I don’t have anything to compare it to because it seemed normal to me as a kid. Now I look back I think how comfortable I feel around rock shows.

You jam on the drums but what other instruments do you play?

The drums were my first instrument. I was pretty passionate about them from a young age. When you are young you smack things. I like to try anything to be honest. I wound up playing most of the instruments on my record. It is easier to do it yourself sometimes because I am sort of a control freak. I play all the traditional instruments from guitar, bass to drums. I play the piano and keys but live I like to exercise the theremin. I couldn’t really claim that I am good at it. It is a noisemaker.

It is an unusual instrument to play.

Yeah, I use it for dramatic effect I think. It is used for beautiful melodies that sound like a woman singing. For me it is more like space noises.

Tell our readers about your song “The Struggle.”

That song came about in some ways without me realizing because it is about the struggle of writing songs or follow your gut. I was trying to take a day off from being serious about music. I felt I was so worked up about writing this record that I forgot what I enjoyed about it. My girlfriend said to just knock around for a day. It turned into what became “The Struggle.” It turned out very natural and fun to listen to. I didn’t have to really concentrate on it. I had a weird dream at that time where Julian Sands sold my soul to the devil.

The “Cold Feet” video looked like it was fun to make.

I made that in Manchester and shot it in a day. I put it up on Twitter because I couldn’t find a suitable director to make the video for that song. When I put it out there I had a bunch of people respond. This guy wrote a treatment and I liked the Antarctic theme. It was good fun but the fake snow really got in my throat when I was trying to sing.

When did you last play in Chicago?

It was in April. We started the year in the states on tour for FOMO. We wanted to get good as a band. This is the first time I am touring in a full band.

Are you playing the loop pedal with this show?

Yes, but it is not the crux of the show like it used to be. I still use it. It is almost like having two bands really. It is like having a band on top of band.

Will you ever shave off the beard?

I did a little while ago but it freaked me out so much. Every once in a while you have to do it to see your face again. My mom wouldn’t look me in the eye. That is a sign. She thought I was someone else. She thought I had gone back in time to being a baby again.

What did you think of the whole Pajama Club project?

I love it. I thought it would be a cute thing to do with the empty nest but then I heard the music and it blew me away.

Tour Dates: The Head and The Heart To Embark on First Headlining Tour This Fall

Tour Dates: Welcome To The Machine 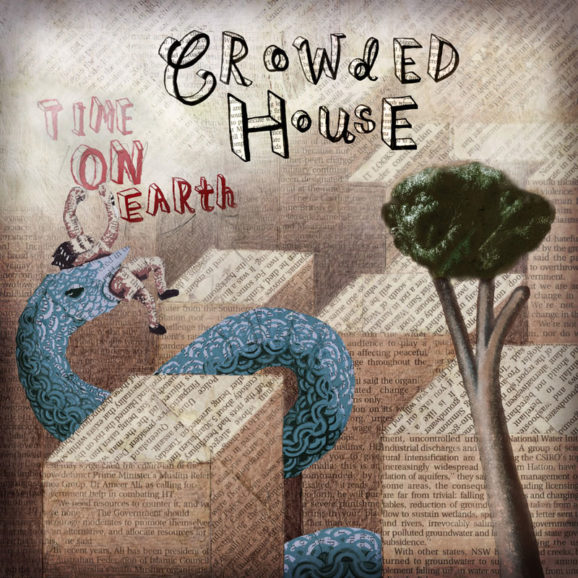