Having been the first band to ever play on the Honda Civic Tour in 2001, Blink 182 has come full circle, having been followed by Paramore, Good Charlotte, Fall Out Boy, and New Found Glory on subsequent outings. As fans entered the Excel Energy Center, a customized Honda Civic sporting the Blink 182’s bunny/logo along with a motorcycle custom painted to reflect My Chemical Romance’s most recent album, Danger Days; The True Lives of the Fabulous Killjoys, welcomed the crowd. The show added some extra excitement for some as it was the first night that Matt and Kim were joining the tour. Keyboardist, Matt Johnson, had announced during the show that this was also the first arena concert for the duo. The exhilaration of their first arena concert was unmistakable as Matt and Kim’s high spirits and excitement fueled the crowd.

My Chemical Romance has built a large and loyal fan base since their major label debut of the album, Three Cheers Of Sweet Revenge in 2004. MCR played many of their hit songs starting with the song "Na Na Na" followed up by "I’m Not Okay".  Since their time was limited, they could only play small selection of their hits that included: "Helena," "Teenagers" and "The Black Parade."  "I’m Not Okay" stuck out as guitarist Frank Iero knocked over his microphone and was yelling into it as it laid on the ground during the last chorus of the song.  Other than a minor sound board issue, My Chemical Romance killed it.

With no special entrance, the lights went off and Blink 182 entered the stage and started playing "Feeling This" off of their self titled album. They actually played quite a bit off of the self titled record including “Always, I Miss You,”  “Down, “ and “Violence.” However,  they also entertained the crowd with many fan favorites including: "The Rock Show," "First Date," "What’s My Age Again," " Dammit" and "All The Small Things"

Highlighting their most recent album Neighborhoods, Blink played their newest single“ Up All Night.”  Tom DeLonge took a serious moment and told the crowd, "This building is where I wrote Travis Barker a letter saying, “let’s get the band back together.”  As the curtains closed, Mark Hoppus announced that they would be right back and within a few minutes, the curtain fell to the ground and out came Barker with his drum kit perched on the end of a crane arm for an encore worthy drum solo. 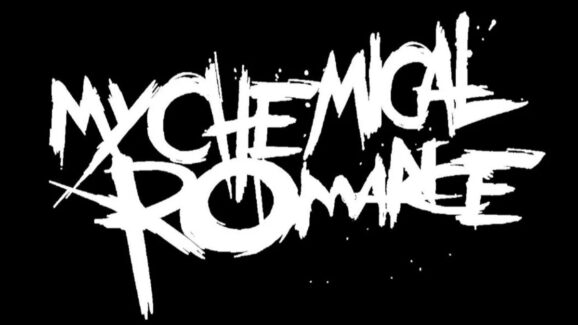 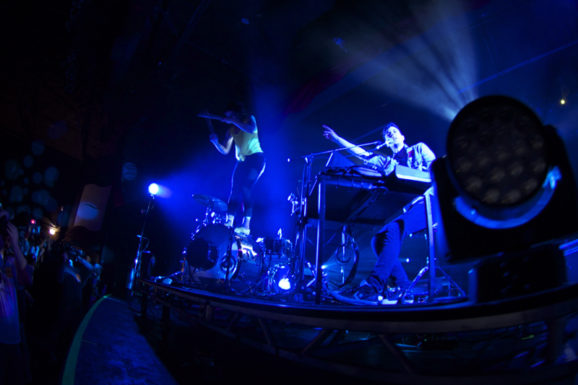