When Gary Oldman was first cast to play Winston Churchill in Darkest Hour, (out now on Blu Ray) the actor joked that he was a “ridiculous” choice to play England’s former Prime Minister. Now that the film is out, it’s being called one of the finest performances of the actor’s already impressive career, and has earned Oldman a Best Actor nomination at the Academy Awards.

Nominated for a total of six Oscars, including Best Picture and Best Production Design, it earned a nomination for costume designer Jacqueline Durran, who previously won in 2013 for her work on Anna Karenina. With Darkest Hour, she was key in helping to transform Oldman into one of the 20th century’s most revered figures.

“Gary’s obsessed with the details,” Durran told me during a phone interview last week. “It was imperative that I addressed those concerns.”

Set over the course of a few days, the film starts with Churchill’s appointment to the position of Prime Minister, then being thrust into the position of having to deal with the rise of Hitler’s army during his invasion of Europe, all while surrounding most of the British troops at a base in Dunkirk.

In some respects, capturing the look of Churchill was easy for Durran, especially considering that his appearance had gone largely unchanged for decades.

“In the 1920s where he’s wearing the same thing as he’s wearing in the 1940s. They’re just slightly different shapes because fashion had changed, but the elements were the same. The polka-dot tie, the morning trousers, the black jacket, the black waistcoat, the watch, the pocket handkerchief. He pretty much just established his look and kept it for the rest of his life.”

“It was pretty much like clockwork,” said Durran. “We only had two suits based on photographic evidence of Churchill.” But while the wardrobe was minimal, Oldman’s meticulous approach to the role presented her with some unique challenges.

“Details like how the fat of the neck sits on the collar of the shirt, how he sits, and how he moves” were all things she had to work with to make sure were perfectly in place. Which included going to Oldman’s first prosthetic fitting, roughly 12 weeks before filming began, to make sure it was all taking shape.

Like any piece of historical fiction, there’s always a necessity to take artistic liberties with the story. The same was true of the work that Durran was doing.

“There’s certain things that we did interpret and change for our movie, but we always tried to be as accurate as possible. Like in the House Of Commons, where everyone’s in black and white, but Churchill always wore blue bow ties with white spots. That would be a perfect example of whether you take Churchill out of what he actually was wearing, or if we could stick with the iconic image. In that instance we stuck with the iconic image.”

Even though they had made a version of the outfit that would’ve been more harmonious with those particular scenes, they ultimately decided to leave it out. “We never changed into with the gray version, but we had it for that exact reason: to get the balance between the interpretation and the style of the movie and replicating Churchill.”

In some instances, reinvention became a necessity, like when trying to recreate a particular article of clothing Churchill had worn with very little information to go on.

“He had a dressing gown he was photographed in that he used to wear over his clothes. We could only find a black and white picture of it. We were looking for any sort of descriptions of what this dressing gown was like, but we couldn’t find categorical answer on its color or what it looked like. So we decided to reinvent [it]. I worked with the production designer to make the color of the dressing gown — to identify what the color pink would be ideally, in terms of the room we’d shoot it in.”

While there were other characters playing key roles, this was a movie that spends most of its time concentrated on Churchill’s rise to power, as well as wrestling with a decision that would forever impact the course of history. Likewise, Durran’s costumes had to reflect that narrative.

“We were focusing solely on Churchill. We weren’t really thinking about the wider world. We were thinking about the reference of what Churchill wore, how we were going to interpret that, and how Gary was going to use that. But then, of course, you’ve got everybody else in the movie, so then you create the context of Churchill with [them]. All the other people around him contextualize him.”

Durran’s work has clearly paid off, as she celebrates an Oscar nomination not only for Darkest Hour, but also for her costume work with Beauty and the Beast. “It’s amazing. I was really in shock this year that I had two nominations. I couldn’t quite believe it. The first day I actually felt in shock. The second day I just felt extremely proud to have been nominated twice. But now it doesn’t feel like I have two nominations, it just feels like I have a nomination, and I feel really pleased.”

Darkest Hour is currently available on Blu Ray and VOD. 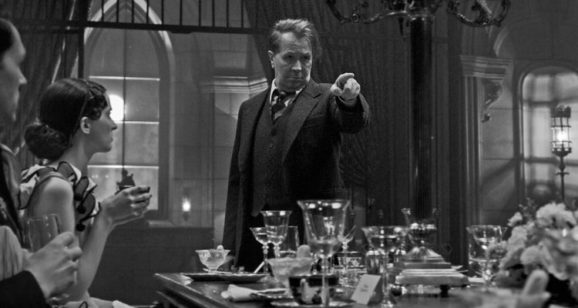 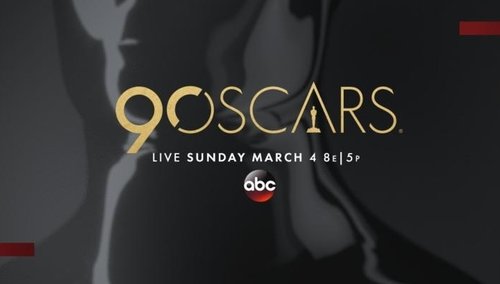