With fifty years having been elapsed since the release of ZZ Top’s sophomore studio album Rio Grande Mud (released 4/4/72), the inexorable rise to stardom by ‘that little ol’ band from Texas” seems all the more impressive. The ever-so-wide mainstream fame the group garnered in the early Eighties via Eliminator and its immediate successors may now seem to exist in a time warp, except that the hirsute presence of the group as depicted in videos during the period remains in place, almost but not quite devoid of caricature.

Of course, even when it catered to MTV audiences, the band never did forsake the blues-oriented approach upon which all of the band’s attributes rest. Even when a half-dozen early LPs were remixed for compact disc in the form of the 1987 box set The Six Pack, producer Bill Ham worked in hand with master engineer Bob Ludwig to do earthy justice to the music that was in large part recorded at ground zero for such roots music, Memphis, Tennessee.

Having introduced themselves so stylishly with their debut album, ZZ Top fortified the initial impression roots with Rio Grande Mud, retaining the sense of humor intrinsic to the blues, but more importantly improving as composers and recording artists. Theirs were brave moves to say the least, yet no more so than the ultra-tight arrangements, they forged here. Heavy as they get, invariably there’s a sleek pop touch as on “Francine;” it’s no coincidence it’s the first track because such positioning was intended to garner radio playback in the day (and it worked).

If the band often sounds similarly tongue in cheek elsewhere, say the closer “Down Brownie,” there’s no mistaking when they get serious. On “Mushmouth Shoutin’” drummer Frank Beard pounds with a vengeance, guitarist Billy Gibbons rips the notes out and the late Dusty Hill’s bass growls not unlike the latter’s voice as he sings (and wails the harmonica). In the midst of all the grinding that likewise occurs during “Just Got Paid,” ZZ Top never succumbs to heavy-handed plodding. Slide guitar elevates the musicianship there, especially in the quick turnarounds such as those that also conclude that cut. “Ko Ko Blue” could go on twice as long as it does (4:56) precisely because of the changes in the structure of the song.

And for the instrumental number, “Apologies to Pearly” the medium-fast shuffle’s carrying the trio right along past a certain point; little wonder the effect’s even more pronounced at the faster tempo of “Bar-B-Q:” the three-piece attack defines ‘slashing.’  The R&B/soul overtones of “Sure Got Cold After The Rain Fell” render its placement equally ideal in pacing Rio Grande Mud, further proof that with Bill Ham guiding them as producer, ZZ Top was mastering the craft of recording.

In its immediate wake, “Whiskey Mama” thus propels these forty-plus minutes to a finale just as inevitable but no less dramatic than the prior cut; its final notes still echo in the air five decades later, particularly in the wake of the aforementioned bandmember’s death in 2021. Gibbons and Beard have decided to soldier on with ZZ Top, the band’s longtime guitar tech Elwood Francis now assuming the deceased musician’s role (per his own wishes). Consequently, with or without the retrospect of a half-century, that decision is fully in keeping with the appeal of the music they play, not to mention the inimitable approach they have brought to it for the five decades-plus of the band’s very existence. 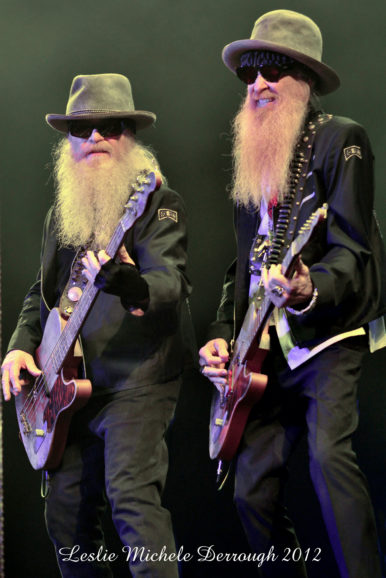