When John Hiatt’s eighth album, Bring The Family, came out thirty-five years ago (5/29/87), it was the pivotal album of his career. And it has remained so in the interim, actually gaining further traction as a flash-point of stellar material and musical camaraderie. It’s a potent combination at which the famed songwriter and musician has often aimed but rarely attained, during the course of his history, and never so brilliantly as on this record.

The time was right, however, as Hiatt was well beyond the point where he cut his teeth as a songwriter in Nashville. He had fully assimilated his fundamental influences of folk, blues, and country music, then further blended them with his fondness for r&b and soul. Arguably the best selection on this LP this side of “Thing Called Love,” “Memphis In The Meantime” is at once a source for inspired musicianship and a literate piece of music on its own terms. The playing bubbles with the same effervescence as the lyrics and melody.

It’s a similarly witty corollary, later a hit for Bonnie Raitt.  works much the same way. In contrast, “Lipstick Sunset” is Hiatt at his most self-conscious as a songwriter. The tune’s title image is an over-obvious stretch for poetry (though it does work to some extent through ambiguous interpretations of the phrase). Such self-conscious adherence to songcraft is a mistake John sometimes makes to this day–see the 2021 LP with Jerry Douglas and company Leftover Feelings–but this is the sole instance of such a faux pas here.

Heightened by juxtaposition in the track sequencing, “Have A Little Faith In Me” is something else altogether, a sterling example of the author submitting intimate personal expression, its moving effect heightened by the prominent piano Hiatt plays. The upbeat swagger in “Thank You Girl” corresponds. at least to some degree, in its forthright, vulnerable attitude, but both cuts point up how well-recorded (by Larry Hirsch) and produced (by John Chelew) is Bring The Family; the blend of material as incisive as the audio quality that gives so much depth and presence to the distinct playing on bass, drums and especially, the electric guitar.

By the time they forged their union with John Hiatt here, Nick Lowe, Jim Keltner and Ry Cooder had honed their respective instrumental styles on a variety of projects in England and America.  Cooder and Hiatt had toured with each other’s bands, the latter had guested on several Cooder albums while Keltner had long been a respected session drummer. For his part, Lowe had co-produced Hiatt’s Riding With The King LP, covered “She Don’t Love Nobody” and was both artist and producer’s first choice for bass. Still, it took a flurry of activity on the part of Chelew, who marshaled the personnel at Hiatt’s request, to bring the musicians all together to work on a shoe-string budget.

It’s a testament to the four-man chemistry, not to mention Chelew’s savvy guidance (based to a great extent on seeing Hiatt perform solo), that the performers avoid both the obvious and the derivative in the arrangements and the musicianship. As with the penultimate selection here, “Stood Up,” glib and arbitrary categorizations like Americana become moot via such a naturally eclectic approach.

In its stance of healthy detachment, not to mention the abandoned sense of humor, “Your Dad Did” is the best evidence here of the spontaneous efficiency by which this album was recorded in just four days. It presages the alternately raucous and touching Slow Turning LP, released the very next year, with a group called The Goners; arguably as cohesive (if not more so) than the quartet here, its existence probably should’ve rendered moot the 1991 reunion of Hiatt/Lowe/Cooder/Keltner.

But then, on 2003’s Beneath This Gruff Exterior, the regrouping of guitarist Sonny Landreth, bassist Dave Ranson and drummer Kenneth Blevins didn’t pack the same punch. In contrast, an ensemble dubbed ‘The Combo’ featured the latter plus guitarist Doug Lancio and bassist Patrick O’Hearn and, circa Dirty Jeans And Mudslide Hymns, offered a more mature and seamless sound in keeping with Hiatt’s own evolution as a writer, performer and musician.

Hiatt’s recorded and toured steadily in the three decades and a half since Bring The Family was released. In fact, he’s produced albums arguably equal or superior to it: the very next year’s aforementioned watershed is one, as is The Eclipse Sessions from three decades later. But given the elevated individual stature of the musicians playing with Hiatt on this landmark, the 1987 record deservedly stands apart: it is that rarity wherein all the egos involved were rightfully sublimated for the sake of creating music. As such, it even transcends its status as the pinnacle of a single artist’s career and becomes an object lesson in the elevation of craft to art. 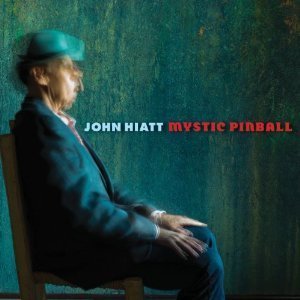 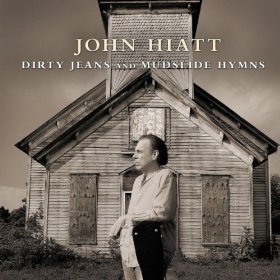