During the setbreak, Warren Haynes’ guitar tech, Brian Farmer, came on stage giving the crowd its first hint that Haynes would be sitting in with Furthur. Haynes was a member of Lesh’s “Q” ensemble from 2000 – 2003 and played with Phil and Bobby as a member of The Dead in 2004, 2008 and 2009, so he’s had plenty of experience performing with those guys.

You could tell Warren was in his comfort zone from the minute the set started with the first-ever Furthur rendition of Blue Sky by the Allman Brothers Band. Phil would often sing Blue Sky back in the “Q” days, but much to everyone’s delight let Haynes handle the vocals on this night. Kadlecik raised his game with Warren on stage and tore into the first Blue Sky solo before keyboardist Jeff Chimenti and Haynes each took a turn letting it rip.

Haynes is in the middle of the Allman Brothers Band’s March Madness run up Broadway at the Beacon, but lived up to his “hardest working man in music” title by joining Furthur on his off night. You wouldn’t have blamed Warren and Furthur for relying on Dead classics throughout his sit-in, yet not only did Furthur bust out Blue Sky but they dusted off the Holland/Dozier/Holland classic (I’m A) Roadrunner. Warren handled the vocals with aplomb and the jam on the tune the Grateful Dead performed twice in 1986 was straight-forward but smokin’.

Having Kadlecik and Haynes share lead guitar duties often felt like we had two different versions of Jerry Garcia – tone-wise – dueling against each other, which led to some magical moments. Warren utilized his wah’d-out fuzz tone to perfection during the segments of Viola Lee Blues that the band wrapped around the rambling Caution and a high-energy Shakedown Street. Weir played the rhythm role well adding tasteful chords and licks while the two lead guitarists wailed away.

Just as the energy within the Best Buy reached a peak, Furthur took it down by offering Death Don’t Have No Mercy, likely in tribute to Bear. Bobby put plenty of emotion into his vocal delivery and impressed throughout the night with his singing, not something Weir has exactly been known for since Garcia’s passing. Haynes sat out for King Solomon’s Marbles, a song that gave Furthur a chance to show off just how tight the band has gotten since forming 18 months ago before welcoming back Warren to put a Franklin’s Tower exclamation on the set. Warren and Furthur once again paid tribute to Bear with a tear-jerking Attics of My Life encore.

Last night’s show offered something for everyone. For the more song oriented Deadheads there was a first set focused on composition, while the second set was a treat for those of us who love our improv. Concert tickets aren’t cheap, especially in New York City, so you’d like to feel as if you’ve gotten value for your hard earned dollars. There’s no doubt Furthur has put in the time and effort to make each Best Buy show unique and special. From the Abbey Road covers to the guests to the cohesiveness of the ensemble, Furthur does the legacy of the Grateful Dead proud. 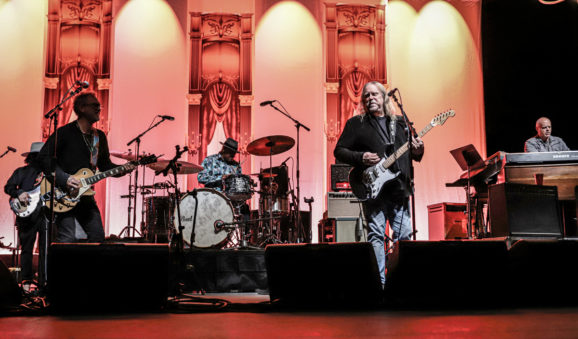 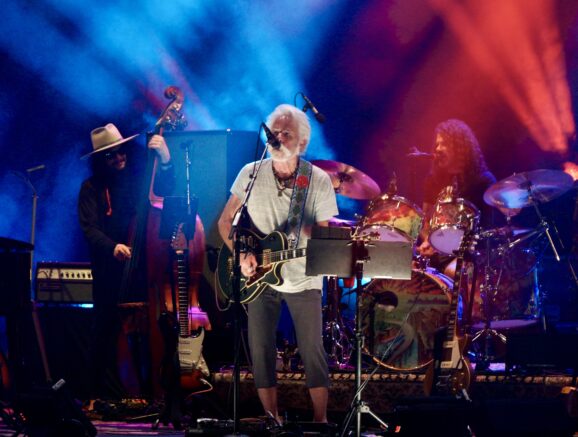