The multi-hour line of traffic to get into the festival belied promoters’ promises that the move from the hills of West Virginia to its new home in Thornville, Ohio would greatly improve the speed and ease of entry into festival gates. Although there was not a winding, one-lane mountain road and corresponding fear of burning out my clutch, traffic still crawled along the rural two-lane highway for miles. Traffic passed fields of soybeans and corn and wooks walking the shoulder, fingers in the air, selling glass or t-shirts, or just knocking on car windows to ask for spare change. A random farmer was selling water and meat sticks (really) from roadside stands,and ticket scalpers held signs expressing their particular jones for tickets. Occasional rain showers kept temperatures lower but magnified the humidity under a totally overcast sky.

I won’t bore anyone with the lengthy and (at least by now) hilarious tale of our misadventures that went on for almost four hours. I’ll simply say that I heard the term ‘clusterfuck’ bandied about freely by photographers and paying fans alike to describe similar experiences of getting into the camping grounds. The All Good Festival helped each of us contribute more than our share to air pollution, global warming and depletion of fossil fuels as thousands of cars sat idling or creeping along at a snail’s pace for hours, only to be repeatedly misdirected. I’m sure many had far more positive experiences, but such was mine. Some logistical SNAFUs are to be expected for a larger festival’s first time at a new site. However, when fans pay several hundred dollars for the chance to be stuck in their vehicles for hours due to lack of coordination, communication, and explicit signage – at least have a port-o-john to be found.

All that said, in my experience with music festivals, the craziness of boredom, hunger and frustration, quickly dissipates once you’re inside. The search of cars was variable from opening of suitcases and pill bottles to a brief glance inside the vehicle. I’m sure there was profiling going on, but the exact rules probably makes as much sense as those of TSA. Having secured a decent campsite with my crew, I found the concert field. When I saw the line at the entrance to the concert bowl, the same term reverberated in my mind – check back tomorrow for my rant on RFID tags in festival wristbands – and then I made my way into the festival field to catch a few numbers by Trampled by Turtles.

Having mostly associated them with faster newgrass songs, the Turtles combined slower tunes more in line with the early evening humidity. New to the scene were indie-folk darlings The Lumineers. I’m a recent fan – if you like indie folk like Head and the Heart, Of Monsters and Men, check out The Lumineers. I walked into the main floor a couple of songs into their set as the first notes of Ho Hey rang out and a large portion of the crowd sang along. The band played most of the songs from their recent eponymous release and closed their half hour set with a cover of Bob Dylan’s Subterranean Homesick Blues.

The set by Bob Weir, Bruce Hornsby and Branford Marsalis was an exquisite blending of jazz and rock in the Birdsong > Dark Star opener. Their takes on Franklin’s Tower impressed Dead fans while satisfying jazz jam enthusiasts as both elements were manifest, largely thanks to Marsalis flawless timing. The show was a highlight for man with Hornsby getting more into the game with Great Divide and King & Big Boss Man. Additional set highlights included a soaring Scarlet/Fire and Sugaree, and the Jack Straw set closer left the audience wanting more. Ohio jamsters The Werks followed with a tight 45-minute set on the smaller Crane stage as they blended jamtronica and funk, they definitely won over some new fans particularly with their spin on James Brown’s Sex Machine.

As darkness fell, the ambient lighting designed and directed by Chris Kuroda were in full effect with trees and random barns and outbuildings illuminated by changing colored lights.

Phil Lesh and Friends closed out the main stage for the night with a show that was far from the sleeper that some might have been expecting. A Truckin’ opener got the crowd revved up and the energy was maintained by a solid Deal. Featuing Jackie Greene on keys and guitar and Larry Campbell on guitar and fiddle and Teresa Williams on backing vocals. Phil’s sons Grahame and Brian Lesh took duties on mandolin and guitar, respectively, and behind the drum kit was HT favorite Joe Russo. Highlights of the set included a hot cover of The Band’s Chest Fever, and a few incredible moments in New Minglewood Blues as Greene and Campbell blended seamlessly. They kept the best for last with a hot Viola Lee Blues > Folsom Prison blues > Viola Lee Blues > Bertha > Viola Lee Blues > Sugaree multi-decker Dagwood. A gently rain began to fall about halfway through the set, and by the time the band was closing with Going Down the Road Feeling Bad > And We Bid You Goodnight, the concert bowl was sufficiently cooled down to enjoy the intense bass vibrations that Shpongle brought with the Masquerade tour. Although I enjoyed the heavy mix, I was beat and made my way back to my campsite for some much needed sleep. Check back tomorrow for a report from Friday, and shocking comparisons between West Virginia and Ohio – it’s not just about the hillbillies. 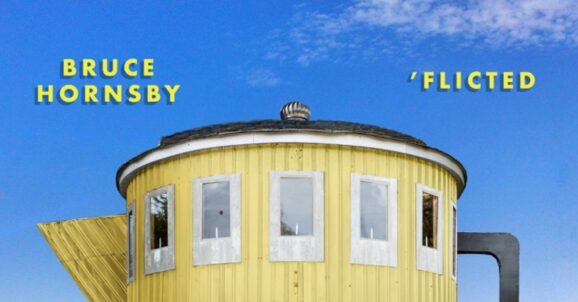 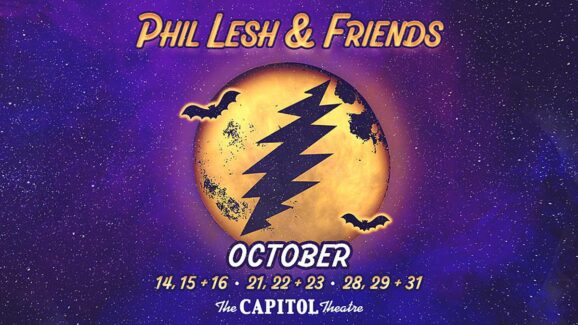 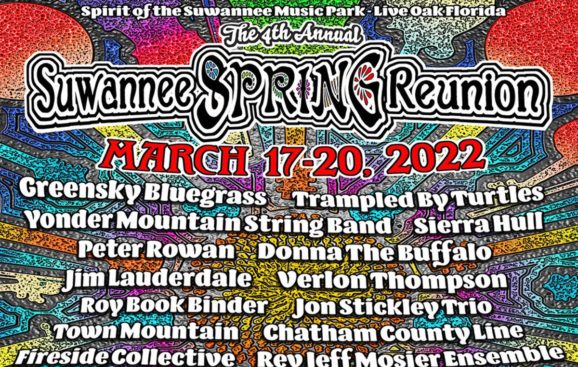