Review: An Evening With Gene Ween

Together, Gene and Dean have made a career essentially mocking music, twisting different genres into bastard offspring all of their own. But in the process they also wrote some great songs. The Tonic Room show was a rare peek at the craftsman that grew out of the prankster. And even without the full duo and their typical array of instruments, Gene Ween brought people a lot of joy that night.

Behind the childish whimsy in many Ween songs lie Gene and Dean — two ever-loving music fans who are too smart to grow up. For over a quarter century, they have satirized the most recognizable stereotypes of popular and not-so-popular music, always with their own spin. Each song is a clever trick, but behind the joke is their ability to write simple, memorable music.

With all the layers taken away off of classics like Buckingham Green and Chocolate Town, the room of eager attendees sang with Gene, suggested songs to play and shouted out missed lyrics. Gene, grinning throughout, never seemed uncomfortable.

The show kicked off with his warbling take on Neil Young’s Tell Me Why. The set then moved into more familiar jilted-lover territory on Baby Bitch and not-yet-jilted romantic feelings on Oh My Dear.

“Look, I’m freaking out! This place was haunted by the guy who wrote Illuminati,” Gene said when he dropped Tried and True in favor of Stay Forever. But for every time Gene said he was freaking out, he also told the crowd he loved them.

The set continued with the mock-classy At Your Party, the warm, yelping Pork Roll Egg and Cheese and a waltzy ode to getting in touch with nature, The Mollusk. At a few points, Gene seemed like he was longing to have his brother and partner on stage with him, such as just before he closed the set with What Deaner Was Talkin’ About.

After a well-earned break, Gene returned for set two without the guitar to play around with a Prince medley. Starting in full falsetto on The Beautiful Ones, and following with a bit of If I Was Your Girlfriend, Gene brought the whole room together for Purple Rain. By then, the crowd’s own version of the second chorus and the shouted “I know, I know times are changing” part were nastily slurred, but joyous. Gene brought it all back together when he donned his guitar to finish the song.

“No I love you guys, you guys have been great,” he said after the Prince tunes. “I’ll sing ‘The Blarney Stone.’ I want you to know I wrote that, even though Deaner sings it.”

In an instant, the room turned into a swaying, faux-Scottish-accent yelling horde. And it was amazing. In the middle of Blarney Stone, Gene dropped his accent and talked in a normal voice about Patty’s nice skin and how it drove him crazy. Somehow it fit the song, even without the mean Scottish lilt.

“Deaner wrote the next part about the ballsack. I think that’s all I wrote,” Gene said after the second chorus, when he stopped playing.

“MAKE IT UP!” yelled one of the fans.

After a short Polka Dot Trail, Gene continued with a testament to his own demise, Gener’s Gone. In another tribute to his absent brother, Gene winded the set down with the Dean original, Help Me Scrape the Mucus Off My Brain followed by an epic Right to The Ways and The Rules of The World. Still having fun with the crowd, Gene convinced a female fan to come up and sing the last song with him.

She was lucky to have that moment with Gene, but anyone who was there was just as fortunate. 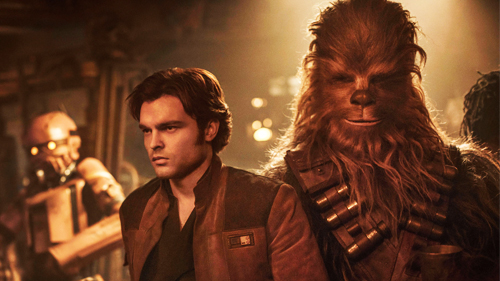 ‘Solo: A Star Wars Story’ Fulfills The Promise Of Its Title (FILM REVIEW) 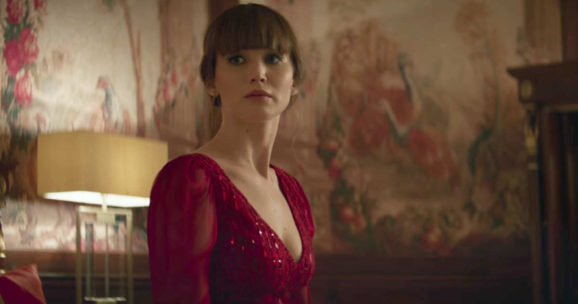