A cover here and there isn’t a bad thing and often playing covers helps a band know itself.  But there’s a big difference between the occasional cover that pops up on an album or a live set and releasing a whole album of someone else’s songs.  This trend, similar to the current trend of Hollywood remakes, made me fear for the creative future of rock n roll until I realized that the bands making these albums are generally those whose creative force have either never been strong or are so far in the past that they may just as well not have existed.  While most who can take honest stock of Queensryche today would argue that they are the latter, I tend to think of them as a band who was, despite a good deal of technical prowess, not all that interesting in the first place.

Needless to say, I didn’t expect Take Cover to be very compelling and it wasn’t.  The covers on this album range from uninteresting to unlistenable.  Of all the tracks, I suspected a band as emotionally crippled as Queensryche had the best shot at success with the deliberate coldness of Pink Floyd’s "Welcome to the Machine."  Instead of allowing their weaknesses to work as a strength, they feebly attempt to make it emotional.  Of course, they fail, but success wouldn’t have been much better.  It’s as if they never understood the song in the first place.

When I saw "For What It’s Worth" on the track list, I was surprised, but Queensryche did kind of fancy themselves social commentators.  Unlike Buffalo Springfield though, they failed to recognize that love is a big part of social protest and their cover doesn’t have a drop of it.  In most cases, I’m pleased when a band tries to add their own flair to the interpretation, but there’s one caveat:  the change has to work.  This one doesn’t.  A band with all the political import of the Candyskins was able to move me more with their lite jangle pop version.

They go on to rob "For the Love of Money" of its groove (it’s sad when you’re outdone by the Bullet Boys), "Innuendo" of its power (Geoff Tate is a sad excuse for Freddie Mercury and he’s closer than any of his band mates are to their counterparts in Queen), "Synchronicity II" of its urgency (did they read that one right off of the sheet music?) and "Red Rain" of its poignancy (I didn’t think it was possible not to be moved by that song).  I don’t think I can even bring myself to talk about their misdeeds on "Bullet the Blue Sky," but it certainly would have been bad enough without extending it past 10 minutes.  Were they being serious with that one or was it supposed to be funny?  Even though I couldn’t bring myself to laugh, I hope comedy was their goal.

The bottom line is that a good cover should do more than just a reinterpret the music.  It should show an understanding and, more importantly, a love for the song.  Either Queensryche doesn’t love the songs on Take Cover or they are completely incapable of conveying their love.  Either way, this album is a failure even among all the failures that make up this sad new convention practiced by bands that are desperately trying to show their relevance. 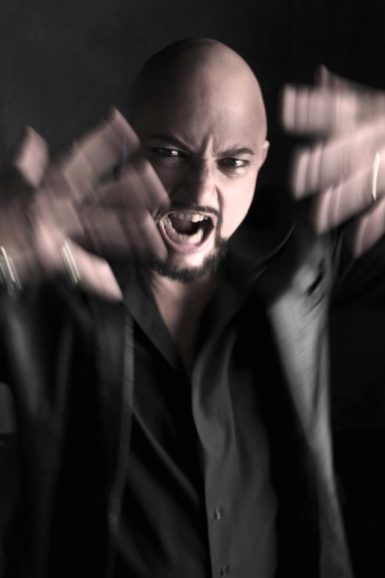