The recent show by Maximo Park and Travis at Seattle’s historic Moore Theatre was one to remember – high-energy, with great music and even better performances.  Opener Maximo Park, already big in Europe, is relatively unknown in the States, despite regular recent airplay on KEXP (90.3fm/KEXP.org) and other college stations; if the show they put on opening for Travis is any indication, they will soon be much better known.

With hook-filled, lyrically-catchy songs, Maximo Park is a study in contrasting personalities.  Lead singer Paul Smith owned the stage, the rest of the musically-solid band was barely noticeable until the final few songs, when they began waking up (i.e. moving and showing any facial expressions).  Wearing bright red, shiny shoes with a black suit and bowler, Smith performed with an intensity and enthusiasm too-often lacking, having seemingly practiced every rock-star move known: air kicks, air guitar, air boxing, air pistol shooting, and repeated jumping from monitors.  To the audience’s delight, he managed this mix of athletic feats while maintaining an intense, bug-eyed gaze and singing, on-key and without missing a note, with an abandon that left him gasping for air between songs.  The songs themselves were solid, performed to an audience largely unfamiliar with the works but easily engaging enough to pull people in.  Though the audience stayed seated for most of the set, this reviewer would be surprised if more than a few of the audience didn’t leave the show converted, Maximo Park fans.

Headliner Travis easily built upon the momentum created by Maximo Park, re-establishing themselves as one of the best rock bands around.  Travis, indeed, are something of an every-person’s rock band, with the four regular members of the band each fitting comfortably into one of main archetypes of a rock star.  In lead singer Fran, they have a sweet, innocent-seeming lead, boyishly charming and with a gorgeous voice to match.  Bass player Dougie, by contrast, maintains a steady flirtation with a good percentage of the audience, his swaying hips, winks, and smiles seeming to suggest that everyone in the theatre had an equal chance of going home with him that night (until, at any rate, Fran burst the audience’s collective bubble by noting that Dougie’s been having “lots and lots of sex” – a reference to new fatherhood).

In the “I couldn’t give two shits if you’re watching, I’m a rock star” camp, Andy, on guitar, barely paid the audience attention – except during his guitar-behind-the-head-while-standing-on-amp-stack” solos, when he bared a mischievous grin that seemed to suggest he knew he had the audience eating from the palm of his hand.  Finally, rounding things out, as a drummer should, was Neil, calm, steady, neither demanding spotlight nor inadvertently taking it, maintaining instead a stable rhythm underlying the clear camaraderie of the group.  Newcomer Klaus, on keyboards, could arguably be plugged into this rock-band formula, as the recalcitrant musician who just happens to be playing on a mega-selling band’s tour.

Musically, Travis put on an excellent show, ranging from old to new material, with a killer encore: Fran, alone and un-mic’ed, singing “20,” followed by a Fran-and-Dougie cover of Brittney Spears’ “Baby One More Time,” then a beautiful rendition of “Flowers in the Window,” with the whole band arm-in-arm behind Fran, accompanied only by Fran’s acoustic guitar, a perfect example of the rock band as band-of-brothers myth.

What a show…this reviewer fully expects to see Maximo Park headlining on their next stateside visit, and looks eagerly forward to it; as for Travis, they will live forever in the mind of this reviewer as one of the great rock bands. 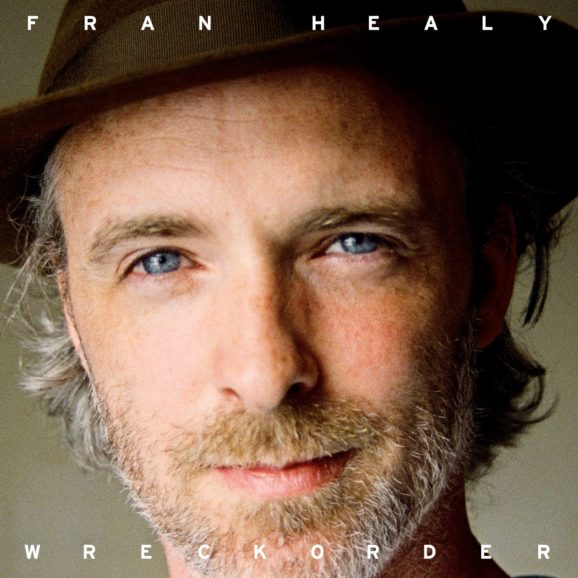