Tori Amos has a knack for picking male singer/songwriters with looper pedals types to open for her.  Thing is, she does a good job of it.  In a recent show at Seattle’s Paramount Theatre, singer Yoav (who has yet to release a full-length, and yet is somehow opening for Tori Amos) put on an excellent set.  Much like Howie Day on Amos’s 2002 tour, Yoav performs accompanied by himself: pulling myriad sounds from his guitar, and with the assistance of a creatively-used looper pedal, Yoav creates bass, percussion, backing guitars, and even backing vocals through the pedal.  Yes, yes, this is now a somewhat clichéd performance technique.  However, Yoav manages to do so while retaining a stripped down, organic simplicity.

Solid in all respects vis-à-vis the aforementioned pedal, it is perhaps through his voice, unadorned, where Yoav truly shines.  Throughout his opener set, it rose and fell beautifully, breaking with emotion as he soared into falsetto, oddly, hauntingly eerie.  His seemed many voices at once, with each new utterance bringing up the specter, at least in the ears of this listener, of countless other performers – yet never leaving one feeling that he was anyone but something new.  He bore an impressively polished stage presence, seeming far more experienced than his one EP would suggest.  While relatively subdued, he seemingly effortlessly pulled the audience in, wooing many a previously unaware crowd member with his beautiful melodies.  Yoav made a new fan out of this author, and one imagines that he would be even better in a more intimate environment.

Amos, by comparison, came out as her usual firestorm, with rocking band (featuring two Seattleites) and a light show almost equal to her dominating stage presence.  Her first set, played in black wig, black glossy tights, and black heels, was one of pure anger, ended with her flipping the audience off, then storming off the stage.  During her costume change, the band (and speakers) did an excellent “live” rendition of Armand van Helden’s 1996 remix of “Professional Widow;” following the costume change, she was in shimmering blue sequins and red hair, and her aggression had taken an appealing, still high-energy, but more melodic turn, as she pulled out classic as well as new songs from the Tori Amos catalogue.

In the end, Yoav was an excellent opener for a consummate performing artist, a great balancer in a show that rose in intensity to its finish 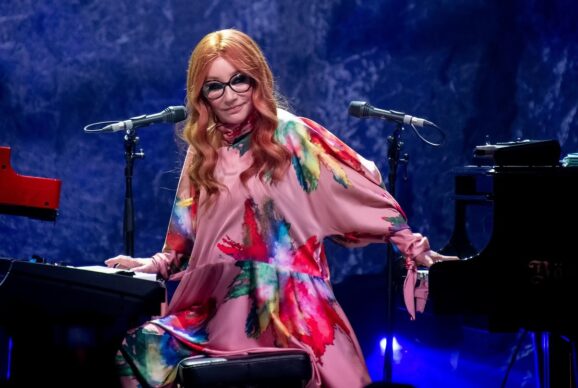 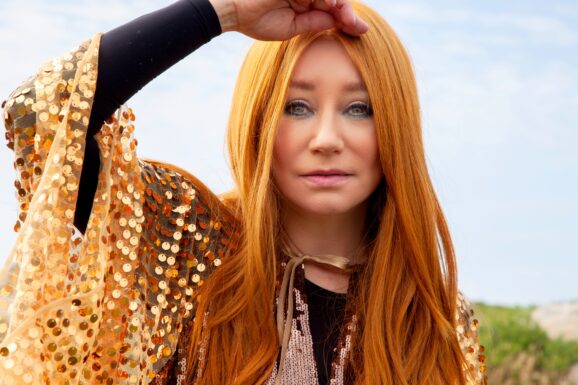 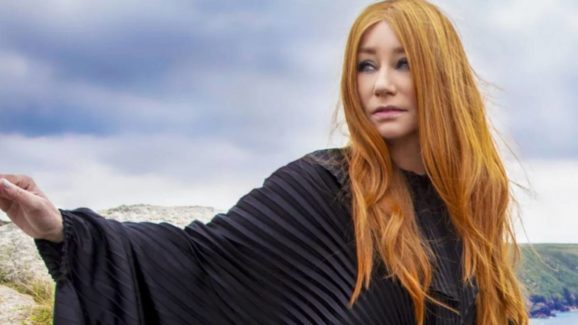