A gorgeous 77-year old palace of a theater and 62-year old enigmatic rocker combined forces Sunday night, churning out a 25-song set that showcased the majesty both still emanate.

Neil Young has fought for years to keep everyone guessing.  Throwing caution to the wind early and often throughout his career, he never let anyone keep him down, and works best in the extremes.  The fragile warble and questioning spirit of life and love in his acoustic old-folky phase, and his eye-of-the-maelstrom-guitar-screech turned up to 11 pounding down the highway on top of Crazy Horse electric thunder– extremes that are neighbors on Neil’s block, and both were in attendance tonight.

In a gray suit with matching hair sticking out from under his hat, Neil started the show with a 12-song acoustic set, opening with “From Hank to Hendrix” and closing with a crowd pleasing “Heart of Gold.”  In-between he mined his career, spending the most time in the seventies while playing some lesser known gems  on piano – “No One Seems to Know” and “Journey Through the Past.”  Neil wasn’t “pissing in the wind” on this night though, as he sang the fantastically-scattered “Ambulance Blues” in an intentionally-weary voice, adding dimension to an already-thickly layered tune. This was a real highlight of the evening.  Wandering the stage trying to find his muse he would touch pianos or banjos lovingly before deciding on which to use for the next number, like an actor searching for his inspiration.  During “Don’t Let it Bring You Down” Neil’s left leg shook against the strumming, but the guitar heroics were just warming up.

After a brief break, Young and company emerged and plugged-in, drowning out the baby boomer crowd who called out for his hits by playing a spirited electric set that grew in intensity as the set progressed.  The early riffing on “Everybody Knows This is Nowhere” and crunching “Dirty Old Man” adjusted ears to the volume and excellent accompaniment of Rick Rosas, Ben Keith, Ralph Molina.  The night belonged to Young, though, who broke out his White Falcon Gretsch on “Bad Fog Of Loneliness” and “Winterlong” – the latter complete with Christmas bells and dedicated to Danny Whitten.

After a few acoustic breathers, Neil strapped back on Old Black and destroyed the night with a completely awe inspiring run through “No Hidden Path,” a tune is fairly dull on Chrome Dreams II, was toyed with, deconstructed, ravaged and reborn over 15+ minutes of noise guitar bliss.  Few can match Neil in the moment of a solo casing the stage like a caged lion, feeding on his guitar it was a sound and sight to behold.

The energy spilled over into the encore and the old fella sounded as if he could play until Tuesday, as he plowed through “Cinnamon Girl” with vigor.   The ringing opening lines to “Like a Hurricane” were divine and received thunderous cheers, as the band smiled broadly, knowing that there is still gas left in the tank of the dusty old diesel that is Neil Young as he wailed, trapped in that perfect feeling when time just slips away.  For those in attendance we were simply blown away.

Setlist:
Acoustic:   From Hank To Hendrix / Ambulance Blues / Sad Movies / A Man Needs A Maid / No One Seems To Know / Try / Harvest / Journey Through The Past / Don’t Let It Bring You Down / Love Art Blues / Old King / Heart Of Gold 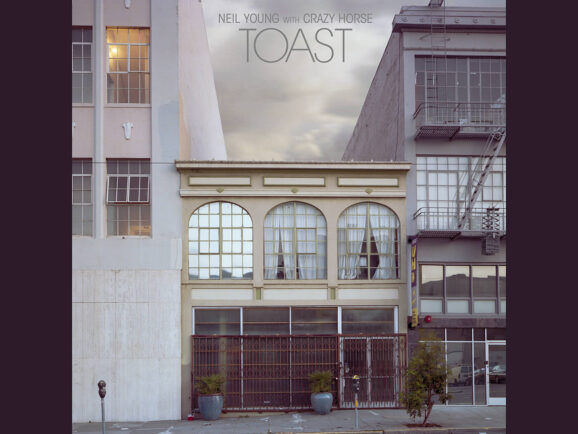