With The Good Life, its third CD release, Railroad Earth may have revealed itself as the best acoustic jam band of its generation. Sometimes described as “psychedelic bluegrass,” RRE deftly blends traditional bluegrass with solid eastern seaboard folk sensibilities and a willingness to work without a net. The result is often spectacular.

After coming off the road in 2003, Railroad Earth retired to the studio last winter to record an album of completely new material. Calling in former Roches producer Stewart Lerma, the band set to the task. In the end they produced a powerful, intriguing work that builds on RRE’s core strengths and hints at a broader stylistic palette to come.

Sheaffer’s work tends toward the optimistic, an attractive quality in these unsettled times, and the opening tune, “Storms,” makes its unabashed case for faith in the future powered by Johnny Grubb’s driving bass lines. Andy Goessling’s nimble banjo and Tim Carbone’s sinuous fiddle meet briefly here, a foretaste of their full-tilt duels later on in the record’s ‘grassier tracks.

No review of The Good Life is complete without a prominent mention of Goessling, the band’s master of stringed and wind-powered things. In addition to banjo, he contributes mandolin, resophonic guitar, acoustic guitar, flute, pennywhistle, saxophone and vocals. In “Said What You Mean,” Andy’s slide work completely dominates the melody with fluid grace and achingly poignant fills. In the next track, “Way of the Buffalo,” a neo-ecofreek giggler, he adds a drunken dobro to the tune’s general inebriation.

The band widens its range a bit with “Mourning Flies,” a somber meditation played with a dark urgency relieved by lyrics 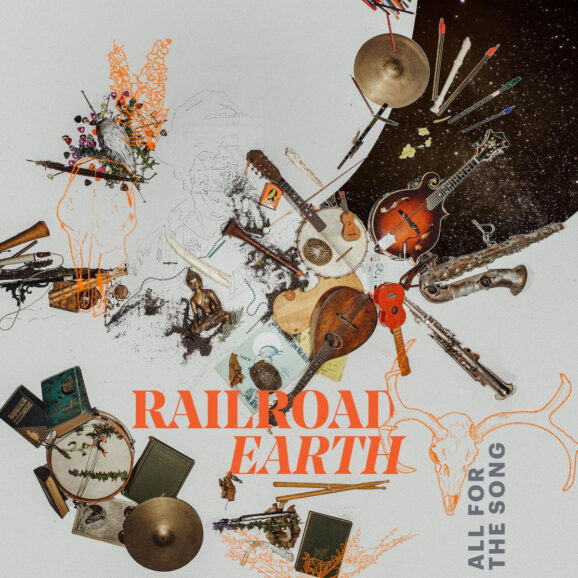