The fact that Fareed Haque is a professor of jazz and classical guitar at the University of Northern Illinois is ironic. Not because he lacks experience or ability (obviously), but because the most recent Garaj Mahal album w00t is the type of album that could possess any self-respecting young musician to open the window of their sixth story walk-up and heave their instrument in the general direction of the nearest dumpster never to play it again. The playing by all four members of the band (Kai Eckhardt (bass),  Alan Hertz (drums), Eric Levy (keys) begs the question, “How the hell do you get that good?” Compositionally, the album spans about ten genres, a handful of time signatures, and about three words.

Recorded between May 2007 and April 2008 across three studios in Sausalito, CA, Indianapolis, IN, and Asheville, NC – their first since 2005 – Garaj Mahal reminds us on w00t that while jambands may come up short in the studio from time to time: jazz supergroups who like to jam, do not. Forgive the hyperbole, but w00t flat out knocks the cover off the ball Roy Hobbs style.

If you see Fareed at a show and he has come down with a case of Carpal Tunnel Syndrome, blame us, because being a glutton for punishment, he was kind enough to chat about the album via those tiny buttons on his Blackberry while sitting in traffic on the way to the first stop on the tour at Fatfest in Minnesota this past weekend.

For starters, I see you used the Moog Guitar on the album? What’s the verdict, is it all it’s cracked up to be? Is that the synthy tone used for the melody line of "7 Cows Jumping Over the Moon?"

The melody on “7 Cows” is the Andromeda, but YES it is all its cracked up to be. The
Moog Guitar is still in design, so there are many many updates coming, but the simple idea of sustain and attack controlled by the guitarists hands is revolutionary and has SO many applications that it’ll be years before the implications are realized… I know that I’ll be finding new ways of playing the Moog Guitar and discovering subtle ways to control the instrument for years to come.

Assuming I can count, it sounds like there are some interesting time signatures like “Semos,” which is in 5 [beats per measure]. What do you consider to be the most interesting rhythmic segments on w00t?

One of my personal favorite tracks is “Hotel,” which lists drummer Alan Hertz as the writing credit. Could you explain how that works when Adam writes the music for a song?

Alan usually writes on piano for more involved compositions, like “Corner Piece” and wrote “Hotel” in a hotel. He usually sings his simpler funkier tunes to us.

How about that incredible bass solo on the aptly named, "Bass Solo?" Was that Kai’s idea or did somebody put him up to it?

It was Alan’s concern that there were no bass solos on w00t, so Kai recorded this solo.

Generally speaking, did you consciously make an effort to create a more funky, danceable album or is that more your natural inclination as a band?

Consciously? No, not at all, we just wanted it to be fun!

You dedicated "Jamie’s Jam" to acclaimed hammer dulcimer player Jamie Janover, what is the story behind that?

Jamie and I were playing the Rebel Alliance Concert in Denver and started jamming backstage. We wrote the basic line, then I fleshed it out on my own.

Also, are you at all familiar with the music on the Legend of Zelda? That big eerie fanfare on "Jamie’s Jam" reminds me a lot of one of the reoccurring themes from the original Nintendo game.

No, Eric might know about that since he is our official computer game expert/geek.

On "Uptown Tippitina," is that a real bong hit? Sorry, I had to ask.

I got the feeling that “Uptown Tippitinas” is sort of meant to sound like a woozy stumblin’ home at night New Orleans feel. Is that the sound you were going for?
YEP!

Was there an effort made to share the limelight a bit more on w00t? It seems like there is a little less Fareed out front than in the live setting?

Hmmm, there is more Fareed on this one than on Blueberry Cave. Maybe I’m finally getting more and more subtle?

Finally, you teach jazz at Northern Illinois University; have you heard any good excuses from students or have any funny stories to share?

So many stories… I mean Dan Nimmer once could not make a class because he had a gig with Wynton Marsalis. I mean what kind of crap is that?!! Then amazing bassist John Tate could not come to class because he was having spinal surgery… I mean these kids will do anything to gat out of class. Sometimes my students and I will all get together outside of class, and listen to music together. I HATE THAT!
For more info see:  http://www.garajmahal.netLead photo by Susan J. Weiand 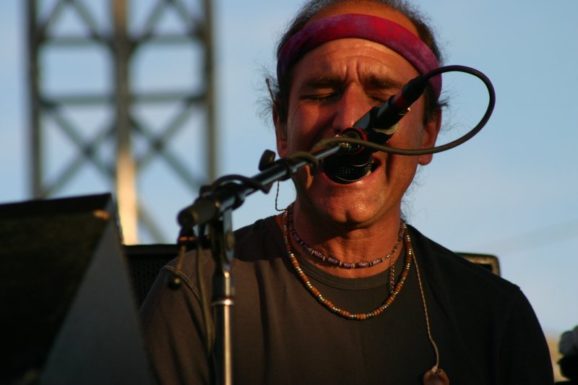 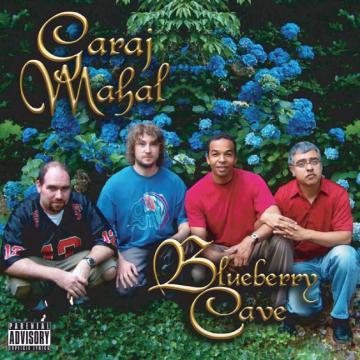