“Pain takes my heart’s place/ The love we made, we can’t erase it/ Don’t want to face it,” Erin McCarley sings on “Pitter-Pat.” When I hear those words through her smoky voice, I want to believe that this is the start of a thundering career filled with mind-altering songs and albums that you just have to tell all your friends and family about. And with the recent boom of female singer-songwriters in the past few years, there is reason to believe that there is room for all the talent in the world, even if you’re not the second coming of Lucinda Williams—you don’t have to write the next Car Wheels on a Gravel Road to make a decent living. But, the truth is simple for McCarley: if her first offering, Love, Save the Empty, gives us any hint about what is to come, it’s that her musical pulse is not to be denied.

Because McCarley, who is now 30 years young, has got a reason to dream about what is ahead of her—a road that is anything but empty.

On this afternoon where we’ve set some time aside to chat, McCarley is in Knoxville, Tennessee, and life couldn’t be better.

“They have the best hospitality,” she tells me with a slight giggle. “We’re in this little loft upstairs above the venue with bunk beds, a TV, a couch, full kitchen, and then they cook us the most amazing meal. So, I don’t want to miss that meal. It’s filet! I don’t know how we’re going to soundcheck and eat in 15 minutes.”

McCarley’s been on the road, off and on, since last August, playing rooms around the nation. She recalls one night in St. Louis where she performed at the Duck Room, a venue where the legendary Chuck Berry plays once a month.

Then another memory comes to her – the day she spent at the Ed Sullivan Theater to perform on the Late Show with David Letterman.

“Oh, it was amazing, it was so much fun,” McCarley says with a rush of energy. “It was sort of a whole day’s event. We had to be there really early, because we didn’t have crew to load in, so we did it. And it actually made it more fun. It was as good as I thought it would be – no, it was better. The whole time they keep the studio at 48 degrees – isn’t that wild?”

Glide recently had a chance to speak with McCarley about the making of her first record, Patty Griffin, and life on the road.

Tell us about Love, Save the Empty, and what the success of it will mean to you.

It’s hard to gauge success right now, but the response and types of things that have been said have meant a lot to me, just because, as an artist, you want to be recognized as that – not just a singer, or just as a song.  I feel like people are responding to the whole thing, and just what it’s all about. So, that’s been pretty exciting for me, up to this point.

Especially in this day of age. It’s tough cover all the avenues out there to get your music heard.
Well, there’s just so much. So much to entertain people with now.

I went and saw a movie the other day, and they had the video for “Love, Save the Empty” playing before the movie…

That was kind of a sweet deal in a way. Obviously, that isn’t my breakout music video. I mean it is, but it’s not—because there’s really not anything creative for me to go build this visual. It was more of a promotional thing for the film, and an opportunity that they gave me. The film director of He’s Just Not That Into You just wanted to do that. So, it was pretty cool.
Have you seen the scene in the film where they use your song?

Yes. I saw a sneak preview of the movie this summer.
Were you happy with it?

Oh, yeah! It’s the main song at the very end. It closes out the film! It’s a bit shocking to see, you know?

Right!
Now, what is it about songwriting for you – you started in California with no songs.

I grew up as a singer, and started then playing guitar. But I realized quickly that, to survive and do the kind of music that I wanted to do and that I admired, that it took the songwriting ability to just sit and really articulate what you want to say to a person. So, I sat with it for a long time and thought, “Oh my God, I can’t do this.” I don’t like to talk that much as it is and be the center of attention and tell people my business. But, after sitting for hours, and just contemplating what it was to grow up, and all those feelings I was feeling at the time, it kind of became this therapy session, in a way. So, I don’t know, I tried to rush it at first, and I would get super frustrated and think, “Why can’t I do this? I don’t have anything to offer.” And I just felt really inadequate. And as time went on, and as I got a couple songs finished and felt solid about them, I felt I could do this, and then I built on it from there.
I read somewhere that you had trouble finding a producer for this record but once you found one (Jamie Kenney), everything else started to click. Can you talk about that?

Yeah, definitely. That’s a huge part of this record. And, you know, just finding that person that partnered up with me, and understood where I was going. When I was weak, Jamie would be able to articulate what I was trying to put down. There are not many people I can write with, but he was one that it seemed to fall into place. When I was coming back and forth from Nashville to San Diego to record…I was living in San Diego, going back and forth, for the first half of the record…and writing during that time. I would come to Nashville and record some songs and leave and come home and write “Pitter Pat” or write whatever other songs that happened in that process. So, I felt really inspired during that time. The recording process was two years. And then I finally moved to Nashville and got the second half done!

With this being your first album, is there a sense of maybe you not knowing how this is going to come out? Are there doubts about how songs are going to take their shape?

Yeah, there are definite ones like that. Other (songs) are like, “I want this,” and it’s easier. But there was a lot of sitting side by side with Jamie 13 hours at a time just going, “Ok, let’s try this…nope, that’s not right,” and just figuring out the right way. And then there are other songs like “Pitter Pat” and “Gotta Figure This Out,” where it just was what it was.

The reason why I ask is because sometimes I think people—and I know I’m one of them—hear this final, shiny product, but they don’t really understand what it takes to make the damn thing!

I know, exactly! Oh yeah. The one song that was rough at first was “Love, Save the Empty,” because we tried to go about it…like, I had this idea that I wanted it to be a more straightforward rock…like…I don’t know…OK Go-ish. And we started recording it that way, and we were like, “This does not feel good at all!” So we sent everybody home, stayed up that night, started building tracks, like that whole string stuff, making it more of an orchestral tune. And the musicians came back the next day and we were like, “Ok, here’s the new song!” It was exciting. You know when it’s right, because it just flows, and you feel good about it. But when you’re sitting there just starting and stopping a bunch, you’re just working against the song instead of just flowing with it and doing what it needs.
You know, I was reading that one of your favorite songwriters was Patty Griffin. What do you love about her?

She was just one of the first female singer-songwriters who was introduced to me. I think that just, number one, her voice is so poignant, and just hits you square in the face. And just the emotion behind her voice and her delivery—it’s kind of hard to beat. That’s what drew me to her. It’s kind of funny—I love lyrics, for my own songs—and whenever I listen to a song long enough, I learn to love the lyrics, but I never listen to them first. That isn’t what necessarily draws me to a song; it’s always more the music. But for her…I guess it maybe was her voice, and then I listened to her lyrics.

She’s definitely one of the best out there. And there are a lot of female singer-songwriters out there who are doing really well.

Yeah, this past year was like the year of the female, huh?

It really kind of was. And with good reason, too. It wasn’t forced – there’s just a lot of talent out there. Does something like that give you a little boost of energy?

I don’t know; I never thought of it like that. I’m competitive, so I’m sure it gives me a sense of, “Get out there and pop out of the crowd.” But yeah, I think so—especially when you find out their work ethic and their attitude. And that’s with any artist; that’s what is inspiring to me.
Is it hard coming out with a new album and opening a show for people who may or may not have come to see you in particular?

I don’t think so. I don’t expect people to know who I am! (laughs) I did this record without the label, so it was very private, with just me and Jamie by ourselves, with no management. So there was no talk until I signed with the label. And I wasn’t touring; my whole business plan around this record was just get the songs right, feel really good about what you’re playing and singing about, and then record them and go from there. I’ve performed my whole life, but not really my own songs. Touring just started for me in August. It’s not discouraging—it’s really fun opening for people and not having the stress of “is it full tonight?” Because if it isn’t, it’s not necessarily my fault! (laughs). But in the meantime, I think it is important, too, who I pair up with. As a new artist, you have to be careful of your branding. Is it weird now just knowing your record is out there and it’s finished?

It was the first week! It was kind of shocking, like, no more excuses. Before, it was like, “Well, it’s coming out, and I hope you like it!” Trying to build up to it—the speculation was good. But then it was like, alright, how is this thing going to be accepted? So it was a bit scary, but I have things to keep my mind off it.

Gotta Figure This Out – Erin McCarley 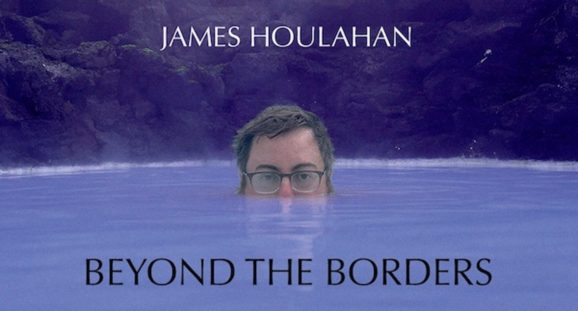 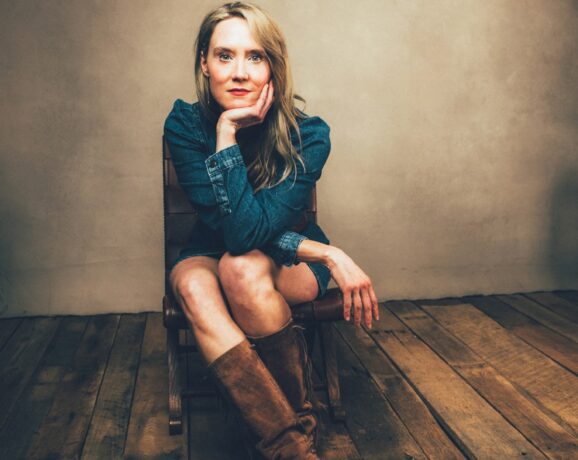