Scott Kannberg isn’t known for baring his soul.  As a co-founder of Pavement, Kannberg – better known as Spiral Stairs – was a major part of the whole tongue-in-cheek, ironic aura that surrounded the band.  With songs like “Date with Ikea” and “Passat Dream,” Kannberg’s music with Pavement was anything but introspective.  And, after Pavement split in 1999, Kannberg started Preston School of Industry, which was a break from his past in some ways, but still relatively light on soul searching.

So, when Kannberg released The Real Feel in October – his first solo album as Spiral Stairs – it came as a bit of a surprise.  The album deals with his recent divorce in a somber, crushingly honest way.  The music has elements of raucous rock, blues, Americana and pop, and the album leaves one with an intimate connection to Kannberg and his pain.  It’s a long way from Pavement, but Pavement isn’t a long way from Kannberg.  Recently, the most important indie band of the ’90s announced that it would reunite for a few dates in New York City and an eventual tour.  Kannberg recently took some time to talk to Glide about The Real Feel and the Pavement reunion.

The thing that immediately struck me about The Real Feel was the fact that so many songs seem to be based on blues licks.  There is a lot of blues guitar on this album, even though the songs aren’t necessarily blues songs.

Well, it mostly comes from the records I’ve been listening to that inspired this record.  I listened to a lot of Richard Thompson, I listened to a lot of Peter Green, Fleetwood Mac, Groundhogs.  In the back of my mind, I kind of wanted to – not really for the whole record, but for a certain kind of song I wanted those influences.  And the really shit-hot guitar lick stuff is probably not me.  It’s probably this guy Ian Moore Who plays on a few songs.  He’s badass.  I wanted him to play on those songs just to get that feel.  I’m just not that good of a guitarist to really pull that off.  I can kind of fake it a little bit.

But, it’s actually the rhythm guitar where I hear most of the blues come out.  Like on the album opener, “True Love,” that rhythm guitar part is straight from the blues.

Yeah, well, like I said, it comes from all the influences that I was into.  I mean, I listened to those records non-stop for a couple of years and it just filtered through my playing, I guess.

The other thing that struck me was that this is a very mature album.  You’re kind of known for more ironic songs with Pavement and even Preston School of Industry.  But, this album is like your first adult album.

That’s kind of why I changed the name on it and made it more of a solo-type record.  Preston, those were solo records, but I kind of envisioned this other band, kind of moving on from Pavement.  This record is more honest and more me.

As I understand, the album came from some very personal heartbreak with your recent divorce.

Yeah, the lyrics deal with all that, but the music still comes from the history of music that I’ve listened to.  You know, I had tons of songs, but I kind of envisioned something a little different than I’ve done before.  I think that comes from maturity.  I’m 43; I’m not going to do the same record I did five years ago.  It was bound to be different.

It’s funny because I’ve heard people say being in a band is like being married, and it seems like music helped you transition from the breakup of Pavement and then again from the end of your marriage.

It’s a different relationship – but very similar [laughs].  That’s kind of the way, if you look at it, it was.  You’re with people for 10 years constantly.  That’s the hardest part – people don’t know how to really move on and do something else.  Luckily I had music to kind of get me out of Pavement – to stop thinking about Pavement all the time.

Was that difficult for you when Pavement broke up?

It wasn’t that difficult, really.  I was kind of surprised that I was able to write all those songs.  It kind of got me out of that, and this record kind of got me out of the doldrums of another relationship.  Not that that relationship was bad or anything, it’s just moving on into a new phase of your life.  It’s strange how music can do that.  It kind of saves you.  It’s at least saved me a few times.  I’m lucky to be able to make it.
When you started doing Preston School of Industry, did you feel like you had to live up to the expectations of Pavement?

In some ways, it’s a curse.  But then, you know, no one would be listening if it wasn’t for that.

How did the Pavement reunion come about?

Well, over the last couple years, there’s been talk – people have contacted our agents and said, like, “Ten years – is Pavement going to get back in ten years?”  We just never really considered it, I guess.  Everybody’s been busy doing their own thing.  But Steve [Malkmus] just said, “Yeah, I’ve got some time.  Let’s see what happens – see if everybody’s into it.”

Are you looking forward to playing those songs again?

Well, I think everybody’s excited about doing it because it will be kind of fun to get back together and see everybody and make music again as Pavement, which was a lot of fun.  Contrary to what people say over the web and stuff, we were always friends and there were no bad feelings at all.  It’s kind of like we just took ten years off.  But then, in the ten years, Pavement has achieved this level that we had never been at when we were together.  It’s kind of fun to think about.  We’ll be playing to this whole different audience who have never even seen Pavement.  It’s exciting for us to do that.

As I understand it, there are some new reissues coming out soon also.

We put out these reissues and kind of kept the name out there.  The Terror Twilight thing will probably come out at some point, and we’re going to do this “Best Of” thing as well.

Although Pavement wasn’t necessarily the first indie band to make it, it seems like you guys really were kind of the spearhead of the whole indie scene.  Like, you were kind of hailed as the originators of this new thing, this new style of music and DIY ethic.  Did you feel like that then?

Not really.  Maybe it appears that way to other people, but for us, we were just coming out of a scene that was built by bands prior, like The Replacements and Husker Du.  I mean, there’s tons of bands.  But for us, those bands came through town and those bands put out records on their own labels.  We were just kind of following those traditions.  They set the example.  All those bands would tour everywhere, every town they would play.  So, that’s kind of what we did.  We were lucky enough to put out our own records, and then we were lucky to be on labels that nurtured that.  At the same time, the major labels were just putting out crap.  You know, Nirvana kind of made it so a lot of indie bands could be on major labels and have more marketing and have more attention, but in some ways, that kind of ruined it for a lot of people, too, because they put a lot of shit out there.  I think in the old days, indie music kind of kept it in check.  When it got popular, you know, the dickheads in high school that you hated, now they like Nirvana and they like this music, and you’re like, “Fuck, you know, we’re losing here.” [laughs]

Did you at least have a sense of being part of a scene or a movement?

We felt like we were part of a scene that felt kind of – it wasn’t popular, you know, but it was kind of this underground scene.  It’s still that way.  People still make music that way.  It still thrives; it’s just in different ways.

Does that scene still exist?  Do you still feel a part of it?

Yeah, it’s just a little more mature.  When we were doing stuff, we were 20 years old.  We were cocky, and we just thought we could do anything.  We were seeing our favorite bands, and we were part of this really cool American rock scene, and we were just trying to fight the idiots out there.  Now, I’m older and I know more about how to do this stuff.  It’s definitely different, but I still feel like I’m doing things on my own terms.

How has your guitar playing changed over the years?

I’ve gotten a lot better.  I can play the guitar now [laughs].
Who’s a better guitar player, you or Malkmus?

[laughs] He’s much better than me.  He was a prodigy.  He kind of just picked it up and went with it pretty fast.  It took me a while to learn the chords.

There are moments on Pavement albums where it’s hard to tell if you’re playing these really complex, weird jazzy chords or just fucking around.  Which is it?
Steve used to use a lot of weird tunings, and I think that’s probably where it comes from.  That’s the sound, probably more than anything.  Some of the guitars we used back then had some cool sounds to them.

Was there a conscious choice in Pavement to make records that sounded raw and unpolished?

A lot of the Pavement stuff was recorded pretty badly, up until the last two records probably.  We did things very fast and very kind of haphazardly.  We were writing so many songs that we just went through them really quick and probably didn’t spend enough time tweaking things.  I mean, that’s some of our charm, for sure.

Definitely.  Lo-fi has become almost a religion to some people.

The thing is, we never really felt we were lo-fi.  The way we were was, we just recorded and if it sounded good, it sounded good.  We weren’t trying to be lo-fi.  We actually thought we were being hi-fi, but a lot of it came off sounding bad because we didn’t know how to record.
Do you think there will be a live album made from the Pavement reunion tour?

Maybe.  We haven’t thought about that yet.  By the time we finish, I’m sure we’re going to be really good at playing the songs, so it might sound good. 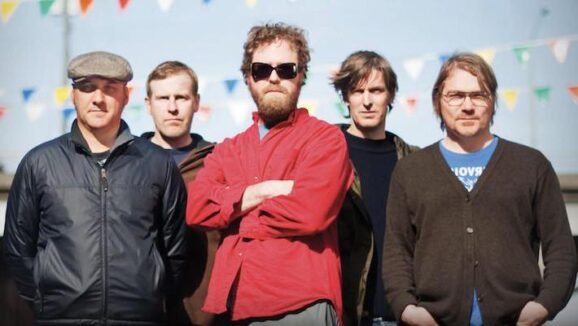 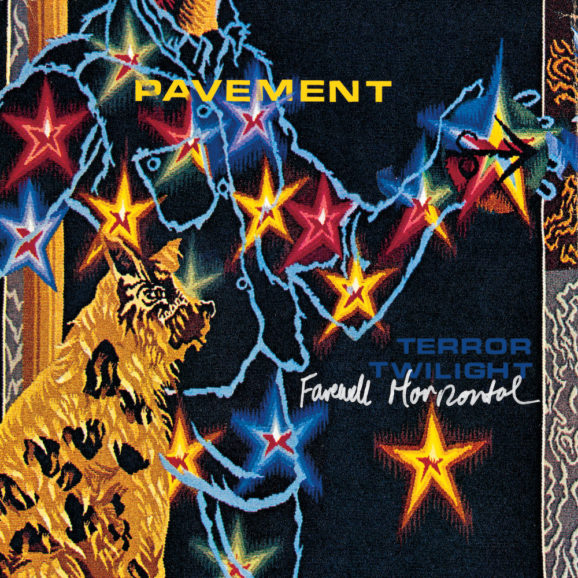 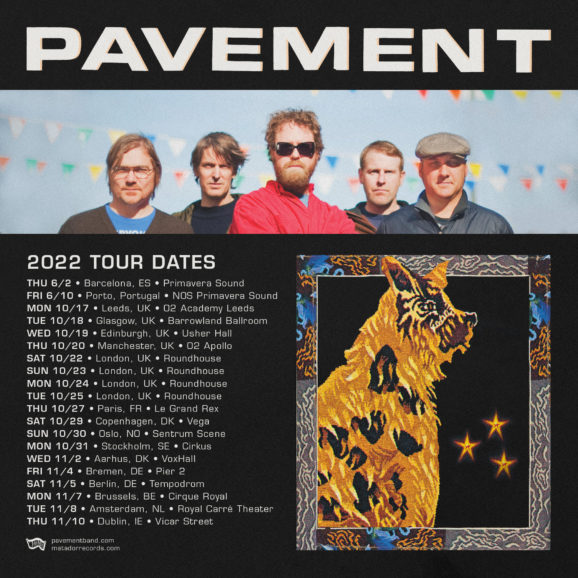