With Planet Anthem, The Disco Biscuits have finally created an album worthy of their broad range of abilities. The band has always embraced paradox, grinning through wide-eyed rock numbers and delving into the maddening murk of electronic music with equal enthusiasm, charting their own brave new musical world while ingesting an incomprehensible amount of influence, and creating an atmosphere at live shows that appeases both beatmongering dance junkies and improvisational scavengers. But not even their last album, 2002’s decadent and schizophrenic Senor Boombox, can match the scope of Planet Anthem.

Several like-minded musicians offer help throughout the album, and their contributions range from purely aesthetic to integral. The credits read like the guest list to a Disco Biscuits community dinner – Simon Posford (Hallucinogen), Benji Vaughan (Younger Brother), Tom Hamilton (Brothers Past), Jon Altschiller (Mixer of several Biscuits projects), and Joe Russo (Benevento/Russo Duo) all make appearances. But it’s new friends like Harry Zelnick, better known as Dirty Harry, and Don Cheegro, another well-known Philadelphia producer, that give the album its considerable heft. It’s nice to hear something so immaculately produced and overflowing with sound in this age of compressed sounds.

Planet Anthem is an apt title, considering the band’s penchant for triumphant, supersonic trance jams and the universe of guest musicians featured here. The album finds the band indulging their pop, hip-hop and dance music fantasies, which they have long pined to fully explore. It’s the first Disco Biscuits album that sounds as huge as the band can dream, and their walloping, bass-driven visions materialize in overtly club-ready creations like "You and I," with its chaotic, sizzling scenery, and "On Time," which is the poppiest tune they’ve written yet. Don’t fret about these developments if you’re a fan of the band’s individual styles, though. Jon Gutwillig’s biting guitar work is more prominent than I would have expected, and bassist Marc "Marn" Brownstein has never sounded more at home than he does among the caverns of drums and bass found here.

The first half of the album is heavy on electronica. Opener "Loose Change" is a surprising start with a lush chorus and haunting instrumentation. The psychotic, throbbing "Konkrete," already a concert favorite, is a menacing counterpoint to the jubilant dance vibe of "On Time" and "You and I." "Widgets" manages to simultaneously channel both Zero 7 and Radiohead with its cascading melody, dreamy lyrics, and slanted electronics, and "Uber Glue" is a heavily layered, psychedelic instrumental excursion. But there are also numbers like "The City," “Big Wrecking Ball,” and "Fish Out of Water" that are unmistakably singular and undoubtedly rock. "The City" could only be a Biscuits song, as it has Brownstein’s earnest vocal stamp all over it, and "Fish Out of Water" channels the same fun-loving vibe as early Biscuits rock tunes like "Jamilla" and Frog Legs."

Typically, the lyrics are questionable on some of the songs. "Vacation" is the worst offender, and there really isn’t much to praise about the rest of the album in that category. They’re mostly oblique and mostly just passable. But at least singing isn’t an issue for the band this time around. The vocals are processed beyond belief, yet they still hold on to their humanity due to their sheer hugeness and well-placed moments where guest vocalists completely take over, such as the acid-jazzy trance of "Rain Song."

A product of three years’ work, Planet Anthem reflects a decadently digital shift toward a more commercial sound, and who can blame the band for that? This project is the outlet for their lofty aspirations of mass appeal. There will be plenty more luxurious, wide-open live spaces for them to explore with 20-minute impromptu jams. The band wears a completely different conceptual hat on this album, and it fits them remarkably well. 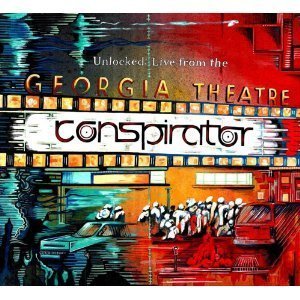