New Orleans was lit up recently by a full moon hovering over the city, creating an enchanting ambience to an evening filled with music from one of today’s biggest stars. Backed by the divine Royal Philharmonic Concert Orchestra, former Police front man Sting cradled and released compositions from his vast oeuvre of songwriting accomplishments.

To bring along an orchestra of such renowned favor to heighten the beauty of your songs is almost a conceited thing to conceive; yet Sting has accomplished this with wonderful results. What he gave the almost sold out arena audience on this night was stirring.

The crowd at this particular show was predominately thirty and above, sitting for the most part as you would a night out at the local theatre instead of a rock concert. It was only near the end of the regular set that the crowd got on their feet, stayed on their feet and danced in the aisles, to “King Of Pain” and “Every Breath You Take”.

What I found to be highlights during this “Symphonicity” tour, as it has been cheesily dubbed, were the bold dramatic turns of “Russians”, the soul pouring slowly out like blood rendition of “You Will Be My Ain True Love”, the Big Easy jazziness of “Moon Over Bourbon Street”, and the fever of “Desert Rose”.

And then there were the stories of the songs. Sting, as all songwriters are prone to do, loves to tell how his babies were born. Before just about every song, he would give us insight into the inspiration of some of his biggest hits: Prior to the dark moodiness of “Russians”, he told how a friend of his was a research scientist at Columbia University and had this thingamajig hooked up on the roof to pull in the signal off the Russian satellite so he could watch Russian television. And then how walking with an ipod listening to a newly composed song helped him realize tolerance towards other people, thus begetting “Tomorrow We’ll See” about a transsexual.

Sting’s voice was strong, clear and stable; his assets rock solid while hitting notes that maybe should have turned on him by now. He played harmonica on a few songs, most notably on “I Hung My Head”. His guitarist Dominic Miller, sitting to his right for most of the evening, was especially fine when strumming the acoustic guitar on “Shape Of My Heart”. And Australian jazz vocalist Jo Lawry has a lovely voice, doing a good job adding a little funk to a duet Sting originally sang with Mary J. Blige called “Whenever I Say Your Name”.

But hands down the star of this show was Sting’s voice melting with the strings and winds of the orchestra, which was led by the lanky and vivacious conductor Steven Mercurio, who looks like he actually FEELS the music he is directing. The man was jumping and spinning all over the place like a psychotic puppet.

Coming out to “If I Ever Lose My Faith In You” and “Englishman In New York”, Sting was peppy in leading a clap-a-long on the next tune “Every Little Thing She Does Is Magic”. The crowd seemed to enjoy the new-flavor of “Roxanne” and loved his stories about wanting to “be one of the brothers that lived on the Ponderosa” (“I Hung My Head”) and his family’s history of being mariners … that is until his father bucked the system to be a milkman and told his son to “go to sea”, which the boy Gordon took to mean “to get out of this town and have an adventurous life” (“Why Should I Cry For You”).

Sting came back from a 20 minute intermission with “A Thousand Years”, “Tomorrow We’ll See” and “Moon Over Bourbon Street”, a definite favorite of this New Orleans crowd, who laughed knowingly when Sting told of the song’s origins of walking around the French Quarter at night and feeling as if he was being followed. The fox hunting song “The End Of The Game” was sad but “Mad About You” was lively.

His rendition of the Cold Mountain soundtrack song “You Will Be My Ain True Love” was so ethereally lovely that you could feel the mood running through your veins. Although no one can compare to the lilting vocals of Alison Krauss on the original, Sting sang most of the lead vocals himself, with Jo harmonizing to create something very moving.

An encore of “Desert Rose” had the crowd virtually eating out of the palm of Sting’s hand. And the united call for more music was deafening. He returned to sing “She’s Too Good For Me”, “Fragile” and an a cappella “I Was Brought To My Senses”.

All in all, this was a wonderful performance by a man who if his voice is this good at 58, still has quite a few years left in him to entertain us. His Elvis style hip swivels during “Next To You” caused the females to stir and call out “I love you Sting”. A pause. Then “I love you too” from one of the happier males.

Now if he would have just sang “Don’t Stand So Close To Me”.

If I Ever Lose My Faith In You, Englishman In New York, Every Little Thing She Does Is Magic, Roxanne, Straight To My Heart, When We Dance, Russians, I Hung My Head, Shape Of My Heart, Why Should I Cry For You, Whenever I Say Your Name, Fields Of Gold, Next To You. INTERMISSION. A Thousand Years, Tomorrow We’ll See, Moon Over Bourbon Street, End Of The Game, You Will Be My Ain True Love, All Would Envy, Mad About You, King Of Pain, Every Breath You Take. ENCORE: Desert Rose, She’s Too Good For Me, Fragile, I Was Brought To My Senses. 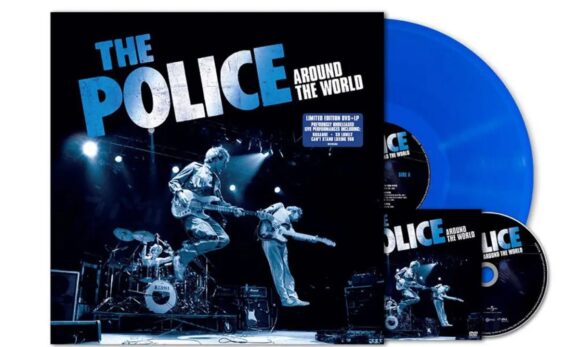