Van Ghost is a Chicago based outfit led by Michael Berg, who prior to forming the band,  worked endlessly in a variety of different music industry gigs.   After revisiting the acoustic guitar and building up a catalog of songs, Berg assembled a band of musicians, featuring exquisite pedal steel guitars and guy girl harmonies that reflect a Ryan Adams/Whiskeytown/early Wilco Americana vibe. Now in its second lineup version, Van Ghost is one of a number of stellar bands out of The Windy City, but one that catches your ear immediately with its gracious melodies and roots influences. Glide recently caught up with Berg as revealed more about  Van Ghost.

Can you tell us how Van Ghost got together?

Van Ghost is now currently in it’s 2.0 phase. In the 1.0 phase, I compiled a band of random musicians and friends from Chicago to kind of see what would happen with the songs. It had its good and bad moments but was basically a rotating door for two years. Recently as things became more serious with some current opportunities, our label in conjunction with the remaining original members Jennifer Hartswick (vocals), Rocco Labriola (pedal steel) and I (vocals/guitars) decided we need a full time line up to be the band. At that point we brought in Grant Tye (Guitar), Greg Marsh (drums), and Klem Hayes (bass). These guys have been playing together for 25 years and have incredible chemistry. Needless to say, we are all collectively excited about where things are at musically right now.

I know from an audience perspective what makes Van Ghost so unique and great, what do YOU think about Van Ghost is unique and great?
The same thing as any band, we have tons of fun playing together. Jennifer and I love singing together and interacting vocally. I love watching Grant and Rocco fill up space with their melodic solos. And Greg and Klem are rock solid rhythm section providing the rest of us a backbone at all times. Van Ghost songs mesh elements of rock, americana, blues, pop, and jamming. So throughout any given show we hope there is a little something for everyone.

What has been the best musical moment so far with Van Ghost?

Our greatest musical moment as a band, by a landslide has been working with our producer (Grammy Award winner Justin Neibank) in Nashville, TN (at The Castle) and in Chicago, IL (at Pressure Point & CRC) on our new 6-pack EP, currently titled "The Domino Effect". We unanimously agree, there is a true magic in the air in every session we’ve done with Justin. The collective history/career of all 6 members of Van Ghost have all come to a head with this record. As far as live musical moments, we are so new in this current line-up they’ve all been exciting. We have gotten to perform at some of the premier festivals around the country recently including ROTHBURY, Summer Camp, Mountain Jam, North Coast Music Fest, and Hoxeyville to name a few. Festivals are always our favorite musical hangs. However, the best is yet to come with an "always bigger & better" mind state the band shares with our label (Split Red Records/Dustimmoff Music).

What was your first concert you ever went to?

Phish on 11.20.94 at the Dane County Coliseum. My parents would never let me go to concerts when I was younger and like any kid who gets sheltered from something, I ended up making my entire life about it. Literally, I am an indie promoter in Chicago, in a live touring band, and my entire social life is based around concerts and live music. The funny part is, my parents love what I do now and support my musical endeavors on any and every level possible.

For being together for such a short time, Van Ghost is  really taking off…what is next for Van Ghost?

Thanks for saying that. We have been very lucky with some opportunities but have an infinite amount of work to do and ground left to cover to reach our collective goals. I’ve been bitten by the dream chaser and I think I’m infected.  The next major move though is getting this record released and everything that goes along with that.

After working in the music business as a promoter and manager what are some things you have learned to do or not to do with your own band?

Basically to practice the golden rule.  Just to be laid back (and easy to work with) in every place we perform at and realize that you all play for the same team the night you are in each different city/venue. I have also been called a promo-sexual and I have learned to not inundate people with too much promo (or at least to find the balance between enough and too much). In the social media world, info finds you if you want it to and aso to mingle into the crowd and meet people. I am a normal person just like you or anyone else, but it ain’t a party without the people, so to show a little love for your support is the least you can do. I come from several musical scenes and in each and every one of them, taking a few minutes to become friends with the people who support you leads to beautiful long lasting relationships.

Chicago is such an amazing city for music and more. What are some of your other favorite cities to play and why?

New York City – cause it’s… New York City. I love Denver/Boulder/Fort Collins in Colorado because I used to live out there and have life-long friends I love to visit. Burlington, VT is amazing as well. Since Jen is from there we get very loyal and open minded fans/friends there who are not scared to have a great time and it’s always an awesome hang. All of these are filled with awesome people and passionate music lovers. Chicago is the best live music city in the world, I will live and die by that statement.

If you could ask any musician(live or dead) one question, who would you ask and what would the question be?

Wow. That is very tough to narrow down to ONE. As a songwriter, I have to say John Lennon and the question would be, "Can you teach me EVERYTHING you know… please?". Marley or Jerry would be strong runner ups but I wouldn’t know exactly what to ask them to be honest.

What is the first job you ever had?

At a light fixture store near the house I grew up in. One day I decided I needed money, went there and applied (because I could walk there or ride my bike due to the close proximity)… got hired, came home for dinner and told my family I had a job. That one didn’t last too long but… I’ve been on a steady hustle ever since too.

If I never have to ……. again I will be the happiest man alive?

A. Work a day job at an office in a cubicle for corporate America (MTV networks/Viacom was the last one and a personal HELL of mine)
B. Sing a show with full blown laryngitis (which happened at Chicago Bluegrass & Blues Fest last year but… the show must go on)
C. Swallow a horse pill again like my daily vitamin I take. (a minor daily hell/chore of mine since I have a awful gag reflex)
D. All of the above 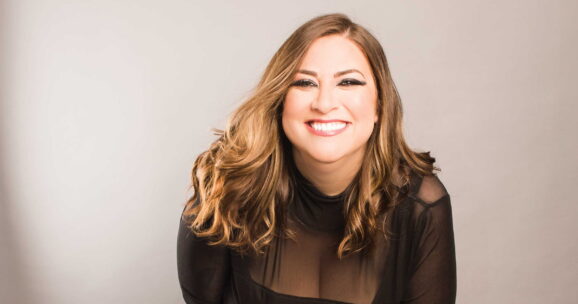