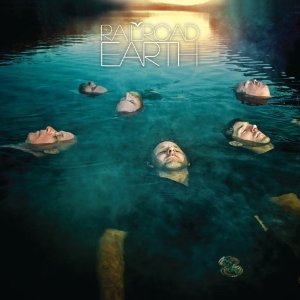 Railroad Earth’s fifth and self titled studio release will paint a totally new picture of this New Jersey souped up string band. On Railroad Earth you will notice it is much different from their previous affectionate themed album, Amen Corner. What stands out most is that there is not one bluegrass track on Railroad Earth. Why? Well, because this band was never a bluegrass group, rather an Americana-folk-rock group who could play bluegrass up there with the best in the historic genre, but had a sound of their own, much more progressive than to be considered a progressive-bluegrass band even. Incorporating new bassist Andrew Altman and his love of the electric bass, the sound has discovered a new direction, which will hopefully benefit the popularity of the band, all the while keeping the already dedicated fan base pleased.

"Long Walk Home" is the perfect sound track for a fall car ride through the country. The humble and vocals from the lead and background sets the tone for the intense detail put into the crafting of the record. "Jupiter and the 119" starts off with a dream-sequence intro by the string-work of John Skehan and Tim Carbone, followed by the awakening of the song from singer-songwriter Todd Sheaffer who sings the first verse, giving the rest of the band the message to join on in as well. It’s a phenomenal train song that spans eight minutes with outstanding lyrics, meaning and instrumentation making up this superb upbeat song. "

Aside from folk-train songs, comes a contrast titled "Black Elk Speaks"; a raw muscular rock-and-roll personality that this string band exhibits which you can’t find anywhere else. Where else would you hear a Irish bouzouki strumming along to a grunge-stringband-rock song about Indian culture? Again, to show the other side of Railroad Earth, a previously performed but never recorded song "Day On The Sands" displays Sheaffer’s picking alone with heartwarming singing and acoustic guitar playing, giving the listener the ability to feel more connected with the singer-songwriter as he flows through this passionate love song.
"Too Much Information" is the least intimate song on the album, more of a swaying reggae-folk number which has a bit of a waltz influence in the beat, topped over with rippling bass fills from Altman. The jam enthusiast portion of the fan base will be drooling over progressive-bluegrass themed "Spring Heeled Jack," previously "New Jam (Super Hetty Jam)," the musical geniuses bring the level up a few notches with this addition to the collection of  Skehan written gems. This could be considered Railroad Earth’s masterpiece to date with majestic feeling to the song, in junction with a euphoric peak to the song.

Carey Harmon’s time keeping, and beat is the core structure for Altman, who in combination sets the foundation for the stellar panoramic instrumentation illustrated by the four other members. "Potters Field," has the raw sound of Bruce Springsteen’s Seeger Sessions, atop a punchy beat, toppled with Goessling on banjo, as Carbone and Skehan push the catchy melody in unison. It brings a celtic-folk-rock vibe to the table towards the end of the album. This is the type of material that will segway a once considered bluegrass jam band into the world of mainstream as most groups are now trying to do. It does not mean the band will lose their founding sound, but will be bringing new variables to appeal to the every changing music market that is once again welcoming Americana groups like Railroad Earth back into the limelight.

About the author: Tyler Curtis


Keep Up To Date With Glide