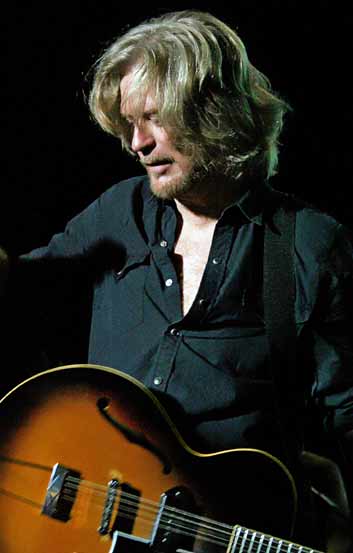 That’s Daryl Hall comparing himself to other popular musicians of his generation who will remain unnamed.

The resurgence and renaissance of Hall and Oates, which for those paying attention is simply a continuation of the hip hop sampling of their hits that began in the 1980s, is both exciting to fans and surprising to some critics. Most surprised are likely those critics who have always missed the point and lost the story of the most successful pop duo in music history.

For Daryl Hall, who I spoke to recently on the phone, acquiring a new audience of young people and gaining the appreciation of young musicians ranging from Chromeo to The Killers, is an entirely natural part of his artistic process, which is rooted in what he called his “relentless and unstoppable creative drive” when I asked why he continues to find news way to create, play, and promote his music.

Dave 1 of Chromeo claims that Hall and Oates’ influence over his duo is so strong that Daryl Hall “pretty much wrote half our songs,” and recently Brandon Flowers called the Hall and Oates hit “Rich Girl” the “most instructive pop song ever written.” The hit indie movie 500 Days of Summer prominently features “You Make My Dreams Come” in its closing dance number, but the youthful love of Hall and Oates does not end there. Patrick Stump of Fall Out Boy and Ben Gibbard of Death Cab for Cutie have also cited the duo as a major influence, Gibbard going as far as to rank his top ten Hall and Oates songs for Pitchfork. The Bird and The Bee recently released a tribute album to duo, composed of their favorite songs, called Interpreting the Masters Volume 1: A Tribute to Daryl Hall and John Oates.

Many of these musicians seek out opportunities to collaborate with or sample Daryl Hall, and despite the fact that he will soon turn 64, he shows no sings of slowing down. He regularly performs with his younger admirers, including Travis McCoy of Gym Class Heroes who embarked on the “Daryl Hall for President Tour” in 2007.

Hall cites an undying “young attitude” as one of the reasons why he finds it so easy to fit in with younger musicians, and it is through that attitude that innovative concepts like his free monthly internet concert, Live From Daryl’s House, emerge.

Live From Daryl’s House is in its third year of broadcasting, and Hall is working out deals to televise future episodes of the program that has featured such guests as Smokey Robinson, Kevin Rudolf, and of course, John Oates. On New Year’s Eve, WGN America broadcasted a live New Year’s countdown special as the first of Hall’s televised LFDH programs. The New Year’s Eve program featured Hall leading the audience through his favorite moments in Live From Daryl’s history. 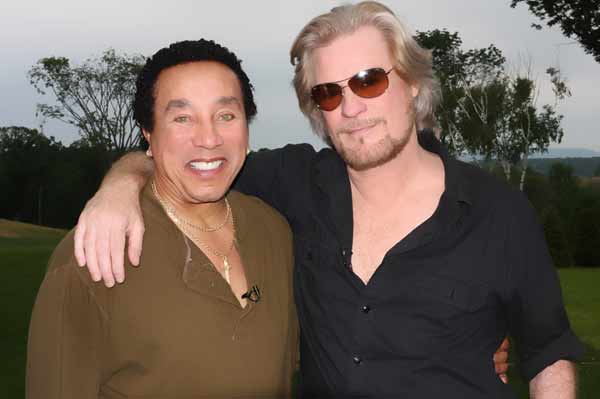 Hall claims that his young attitude is not only responsible for the creation of exciting and clever new musical and promotional concepts like LFDH, but also the continual evolution of his songs, both old and new:

“My guitar player, Paul Pesco, who replaced by best friend T-Bone after he died, tells me that I play like a teenager because I bang on the guitar and piano with a lot of energy and enthusiasm. But, that’s the attitude I bring to everything. I’m constantly looking for ways to keep things fresh and new, and challenge myself and my audience.”

I attended a Hall and Oates concert recently with my father, and the two of us were emblematic of the entire audience, which was almost equally divided by twenty-somethings and boomers. A sizable and significant young following for any band that arrived in the ‘70s is rare, and while much of it evolved naturally, Hall targeted a young audience with certain projects like Live From Daryl’s House.

Cleverly using the internet and smartly adapting to changes in American music’s culture and commerce are indicative of the “young attitude” of which Halls claims ownership. But, it also reveals a progressive sensibility that resists narrow categorization and static identification. The guys that “haven’t changed” are some of the most celebrated and canonized rock artists of the 20th Century.

Music, and art in general, has the edifying and uniting capacity to unlock people from their tribal mentalities, and in doing so, bring diverse groups of people together. Resistance to change not only betrays this purpose and power of music—as is evident at the performances of many rock musicians who play almost exclusively for people who look and sound like them—but it also produces a stultifying arrogance that prevents fans and artists from gaining and growing in music. 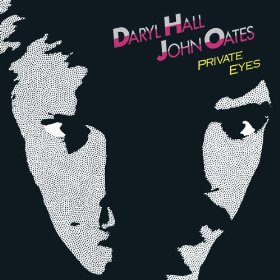 Daryl Hall has rejected this narrow sightline throughout his career by demonstrating the ability to bring people together in art. The young-old divide that Hall and Oates cross is preceded by their demonstration that the racial separation of pop music, invented by rock critics who use what Hall considers “ignorant and racist” terms like “blue eyed soul,” is imaginary. Just as his music has gained admiration across generational lines, it began by exploring what Daryl Hall calls the “interplay between European and African sensibilities.”

Speaking with Daryl Hall is not only like talking to a pop star, but also sitting in on a lecture of music history. He talked about how black blues artists incorporated elements of Appalachian folk into their music, and how the reverse is true as well.

“Music has always been the product of underclass cultures coming together. The 20th Century was the pinnacle of that interplay,” Hall told me without adding the obvious that he and John Oates were part of that pinnacle, coming out the soul-groove soaked city of Philadelphia to popularize what they famously call “Rock and Soul.” The hybridization of music that results from ethnic and racial interaction is what makes “music our (America’s) main cultural export,” according to Hall.

In this sense and others, Hall and Oates were and are very much a part of the important tradition within American music. They, however, were never archivists or revivalists of a long gone sound. Listening to “Maneater,” “I Can’t Go For That,” or several other H&O hits—many of which have been sampled and covered in hip hop, neo-soul, and pop—makes it very clear that they were far ahead of the curve and playing with a clock set further into the future than most critics could contemplate.

I asked Hall to explain why critics were unkind to him and John Oates during the hit making years.

“No one from my generation has done me any favors. They treated me like an outsider, because we (Hall and Oates) didn’t fit into any of their ‘cool’ categories—categories made by boomer rock writers who made primitivism the ultimate measurement of authenticity. The boomers thought you had to be primitive to be real…I wasn’t influenced by Muddy Waters or Howlin’ Wolf and therefore I wasn’t accepted into their canon.”

Young artists and bands have an entirely opposite musical standard of excellence that motivates their own creativity and fandom: 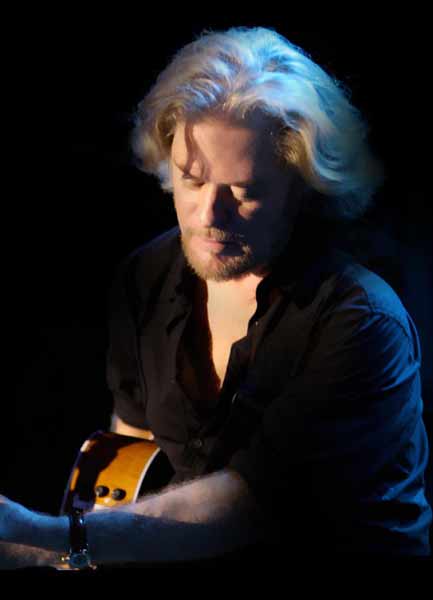 “New bands and young listeners value melodism over primitivism. They are very sound oriented. Their music has a variety of textures and melodies. They’re not just singing the blues.”

Hall and Oates embraced “melodism” decades ago, and it is the reason why young fans hear themselves and their contemporary world—be it in the clubs or on the internet—in the hits of Hall and Oates. More important than smart marketing or even innovate performance and promotional concepts, like Live From Daryl’s House, is the quality and resonance of the music.

The soulful range and power of Hall’s voice, along with the complex craftsmanship of the stirring soul ballads and infectious pop tunes he and Oates wrote have garnered an appreciation among a new audience. Although they scored 29 top 40 hits throughout their career, in many ways people are finally catching up with Hall and Oates, recognizing the depth of their catalogue and breadth of their influence.

Hall and Oates are providing their generation and a new generation an instructive example in the importance of innovation. Rather than simply basking in the nostalgic glory of a thirty-plus year career, millions of record sales, dozens of hits, and a newfound importance, they remain open to influence from the younger musicians who honor them.

They also reveal respect for the twenty-somethings and teens who have recently started downloading their songs and buying their tickets by working to wrap their old hits in new casings, collaborate with cutting-edge artists, and find new ways of “deconstructing the relationship between the audience and performer,” as Daryl Hall put it during our conversation.

Hall explained that Live From Daryl’s House is the cornerstone of this project, saying “I directly targeted a young audience with it. I also looked to find ways to take advantage of the freedom and accessibility of the internet—cutting out the middle man and bringing music directly to the audience.”

The Hall and Oates live show also reveals a younger aesthetic, from club-like visual effects to subtly modernized updated versions of old songs, which manage to avoid both pandering and remaining static. 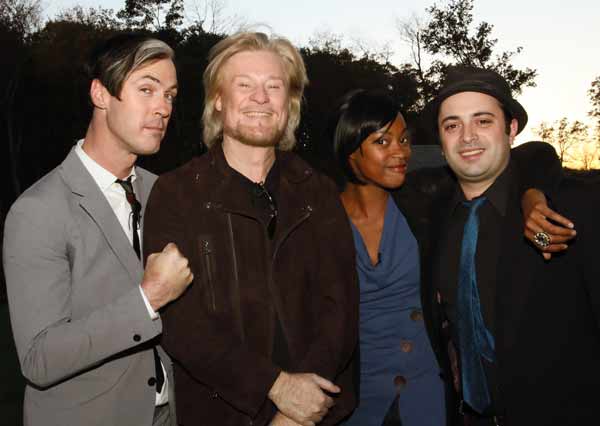 The arrogance of the rock critical establishment is emblematic of the entire approach of many baby boomers, long calcified within a narrow framework and biased, self-servingly ideological worldview that resists what it cannot understand and rejects external input in not only music, but also politics and public affairs. Examples of the boomer arrogance that insists on protecting old-guard mentalities and established standards of quality—all created by them—abound. From energy inefficiency to the financial crisis to the wreckage at record companies that dismissed internet technology, there is no shortage of evidence demonstrating the devastating consequences of stubborn pride and foolish comfort in antiquated systems of belief and practice.

Unsurprisingly, in the case of Hall and Oates, the critical establishment that lived according to a self-aggrandizing attitude has been undressed by succeeding generations of music makers and listeners, which have welcomed the duo into their cultural lives.

Daryl Hall has every right to feel, as he told me, “fulfilled and justified”:

“Every artist’s dream is to cross generations and become bigger than their contemporary world, and that’s how you become part of history. But, it isn’t the history that moves me. It is the vitality. I’m not just playing for people who are getting older and grayer. I’m not part of that arc. I have a different reason to create, and it’s uplifting.”

Those looking for evidence that the world rewards innovation, risk, and boldness, when the opposite often seems true, should also feel uplifted.

David Masciotra is the author of Working On a Dream: The Progressive Political Vision of Bruce Springsteen (Continuum Books). For more information visit www.davidmasciotra.com 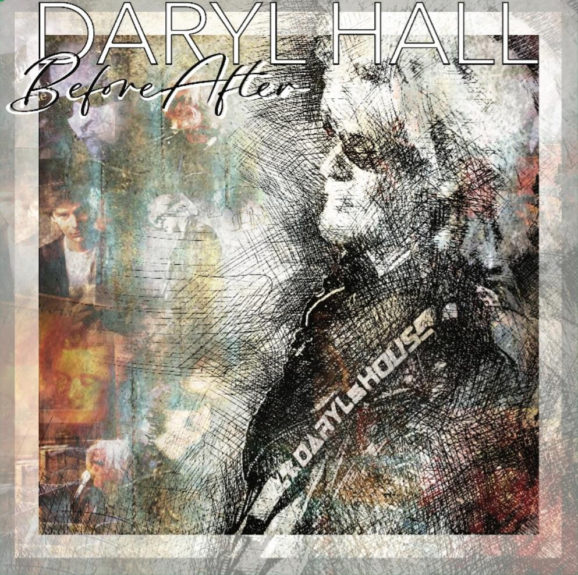