The Decemberists: The King Is Dead

Well, look who sat atop the Billboard 200 charts on its debut week.  That’s right, none other than Portland’s bookishly pedantic producers of all things epic, The Decemberists.  Their new album, The King Is Dead, has come very much alive, reaching Arcade Fire-like heights in knocking off chart stalwarts like Taylor Swift, Susan Boyle, and Bruno Mars in achieving the music industry’s ultimate weekly prize.

This past week the album has slipped down to Number 10, with Iron and Wine and Amos Lee taking the top two spots.  Maybe there’s a revolution in the music world taking place and content is actually taking precedent over flashy showmanship and mindless meandering.  Or, as is probably the case, outlets like NPR, influential music blogs, and late-night talk shows have gained a considerable amount of influence in swaying the general public towards better music being created and performed by long under appreciated artists.  Of course regardless of the scenario, the music has to be good and in the case of The Decemberists, their new album showcases some of their most focused and accessible music to date.

Where previous releases found the band plodding along with ten to twelve minute meditations about murderous butchers, mysterious fowl, and shape-shifting lovers, The King Is Dead hearkens back to the earlier days of the band where Colin Meloy and company littered albums like Castaways and Cutouts with compact, yet charitably worded, pastoral folk rock.  Boosted with appearances by alt-country superstars Gillian Welch and David Rawlings, and graced with guitar stylings courtesy of the legendary Peter Buck, this album gallops along like a pleasant country breeze, projecting an aura of calmness and satisfaction and providing a concise rejoinder to the stylized grandeur of releases like The Tain EP and The Hazards of Love.

Where those albums demanded days worth of focused attention and critique, this album plays well in almost any situation, be it the car stereo, in the kitchen over dinner, or through the headphones in a post-work haze of relaxation.  It is a welcome change for the band, which, despite a constant stream of critical acclaim, always seemed to be walking a fine line between profundity and pretension.  Another prog-influenced rock opera would have worn thin and tiresome.  Instead, listeners are treated to a warm and inviting blend of vintage country-rock, a la Harvest-era Neil Young and appropriately enough, Gillian Welch albums like Soul Journey.  Meloy’s lyrics can still err on the ostentatious side, with words like bonhomie, dowager, and plinth popping up at various points.  On this record, however, the vocabulary fits in nicely with the barn-party atmosphere, adding a genteel air to the proceedings.  Furthermore, the band is in top form.  Pedal steel, violins, organs, and harmonicas blend in and out through the record, creating a harmonious country whirl, especially on standout tracks, “Calamity Song”, “Rise To Me”, and lead single, “Down By The Water”.

In addition to star power, Welch and Rawlings nail the backing vocals while Buck’s guitar kicks in some vintage Rickenbacker jangle, without taking the spotlight away from members Chris Funk, Jenny Conlee, Nate Query, and John Moen.  The hype and accolades being bestowed upon The King Is Dead prove well deserved.  Having spent the last several years wandering through the mystical whims of the imagined, The Decemberists have planted their feet in Americana soil, dialed back and created a signature album destined to go down as one of their finer moments. 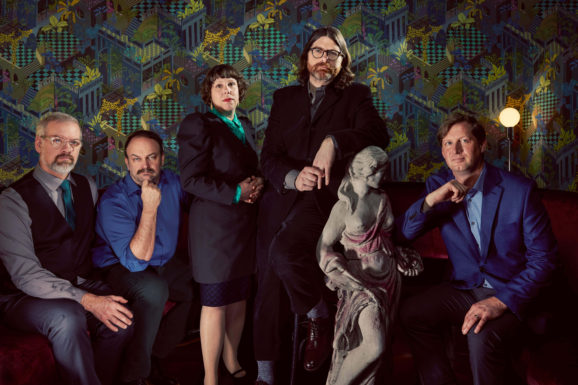 The Decemberists Reveal ‘Arise From The Bunkers’ 2022 Summer Tour 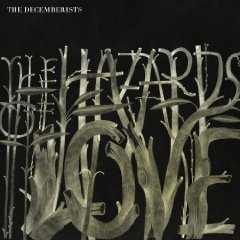 The Decemberists: The Hazards of Love